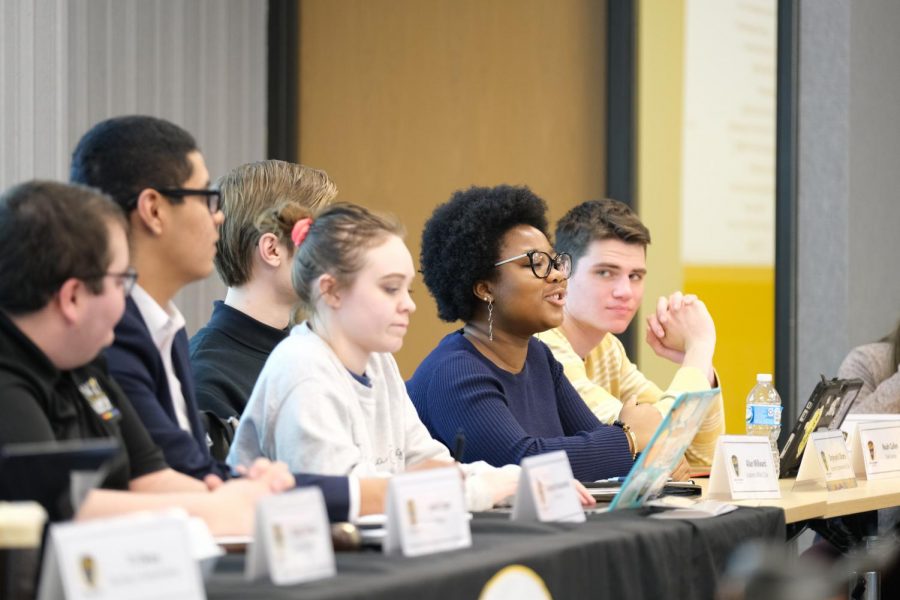 Committee Chairwoman of University Improvements, Onyinyechi Okorie, sharing her “highs and lows” from the past week during open session.

to grant recognition to those who … [advise] students, provide insight into certain areas of advising that could use improvement, affect the compensation of advisors assist the university in proving that it has fulfilled its student learning outcomes and determine the effectiveness of advising strategies in various departments.”

The resolution also suggests that if students are required to complete advisor evaluations, similar to course evaluations, it would resolve concerns from advising about insufficient input from the student body. Additionally, it would produce a “more accurate understanding of an advisor’s performance.”

This Thursday, SGA will be setting up boxes in the Student Union for students to vote on three separate designs for the new All Card, according to Archer.

Archer said that in addition to just voting on the All Card redesign, students can also write on the voting ticket about what is stressing them out, what they don’t like about NKU or what assistance they need from SGA.

“A. We get a vote and figure out the next All Card and B., we’re getting direct feedback from students that we can take upon ourselves and get some work done,” Archer said.