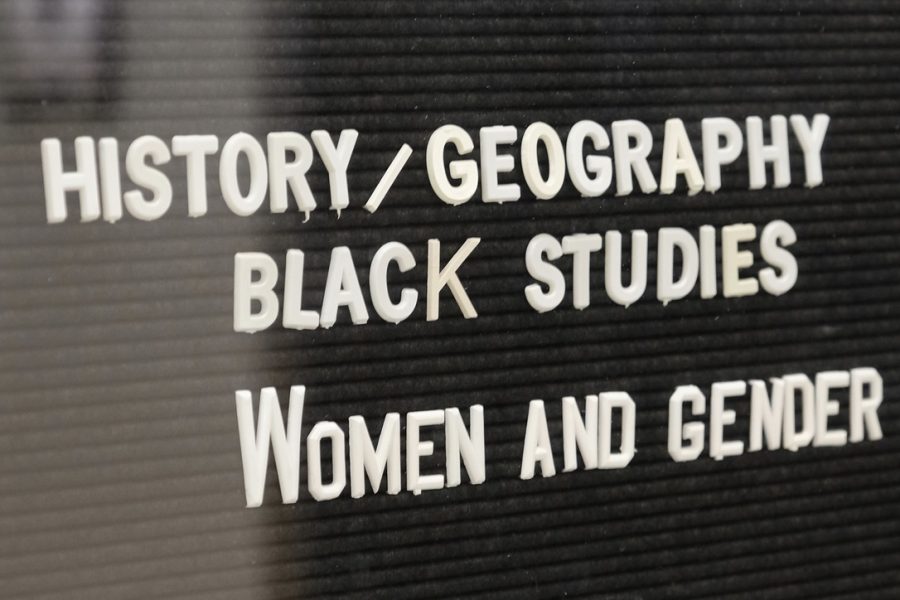 Professor: ‘if you believe in diversity there’s no way around it.’

NKU’s black studies program (BLS), one of the various minors on campus, investigates the multiple cultural identities and explores the contributions that black people have given to America.

According to The Smithsonian Institution and Carter G. Woodson, an American historian and one of the first scholars to study African American history, black history is a beacon of change and hope and is needed still to this day.

Similar to other black students on campus, Cofield was first introduced to the BLS program in her freshman year during NKU R.O.C.K.S. (Responsibility, Opportunity, Community, Knowledge and Success) an NKU program that helps black freshmen students transition into college life.

For some students, their first introduction to BLS is their last encounter with the program.

“When I came in freshman year, that was the first and last time I heard about it. Once, I had taken one class for it with [Dr. Michael Washington] and that was it. I had no idea it could be a minor or focus of study,” Medina Muhammad, senior public relations major said.

According to Cofield, the program is beneficial for all students, not just black students. It breaks down black literature, leadership, literacy, advocacy and more.

Cofield is intrigued by black feminism and the contributions black people have made to sociology and psychology.

“People focus on sociology and psychology, but they don’t ever focus on the black people who made contributions to those fields of studies. I thought maybe I should learn more about my people and what they did because they keep getting erased out of textbooks,” Cofield said.

BLS is vitally important for the NKU community. According to Jackson, if African American history and experiences are taken out of the U.S., it will be a different world.

“From the beginning, the White House was literally created and built by enslaved African Americans. It is part of the basic framework and the development of the country—good, bad or otherwise,” Jackson said.

According to Cofield, the program is sometimes overshadowed by more prominent majors.

“[NKU needs] to make it more normalized than just a black thing. I see so many people who have the same minors, but at NKU it is rare to find someone with a black studies minor,” Cofield said.

According to the NKU Office of Institutional Research, about 14,000 students were enrolled for the fall semester. To make the program more prominent, Cofield suggests that it should be a larger part of the freshman and transfer student orientations. Furthermore, she suggests NKU’s community to ‘normalize’ black history and black experiences.

Studying black culture can introduce students to black experiences that are different from the status quo.

“It’s like something breathes. If you believe in diversity, there’s no way around it. It has nothing to do with your skin color or who you are,” Jackson said.

According to Jackson, at a time when diversity is being attacked on so many levels, black education and cultural education is extremely important.

“African American people are not all the same. They are just as diverse as any other group,”  Jackson said.