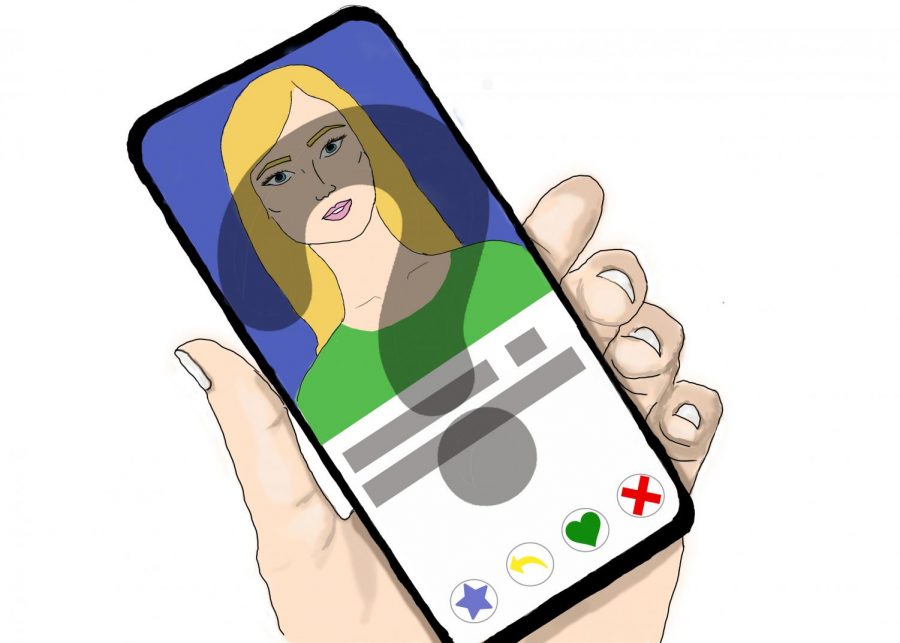 They met on Tinder and decided to stop for coffee at Carabello in Newport. He was sweet, she remembered. He brought her the coffee she ordered, which came with a caramel candy on top. She noticed it was wrapped “wonky” but ignored it. When her date went to the bathroom, the barista repeatedly offered her a new caramel. She remembered thinking this was odd, but ignored it.

He told her she seemed tense, so he got her a glass of water. It tasted like water and it was clear, but her headache the next morning made her think otherwise.

“I had no reason to suspect that he would do anything to hurt me because he was super cool. He was really funny,” Kennedy Hall, junior theatre major and pre-law minor, said.

She doesn’t remember the rest of the night, which she said was the scariest part. Maybe she gave consent, maybe she didn’t—all she knew was that her head hurt and she had to leave his apartment.

“I don’t know if things happened … I can’t say one way or another because I don’t know. I just lost all that time,” Hall said. “I try to not think about it.”

The summer before her freshman year, Hall used the app ‘Her,’ a dating and social media app geared toward women seeking women. When Hall got to NKU, she “leaped” out of the closet, and through “Her” was able to meet a woman who—although she is not romantically involved with her—is now one of her best friends.

Hall said it is important to be aware of your surroundings, whether it’s just going somewhere you’ve never been before or meeting up with someone you met online.

“Unfortunately, the way that it is right now and the current state of affairs, we have to do things to keep ourselves safe,” Hall said.

Hall always shares her location with her mom and someone who she knows could pick her up if she needed it. She said it’s sad that she has to take those precautions, but that’s “just how it has to be.” A lot of Hall’s steps to ensure her safety comes from being the daughter of two paramedics.

Another one of those precautions is that Hall has a signal sentence. Hall and her mom know this can mean she just needs to talk or, in the worst-case scenario, is in danger.

NKU Police Chief John Gaffin said when having conversations about crimes that occur as a result of dating apps, it’s important to know that these crimes are always the fault of the offender, not the victim.

“From our end, it’s a balance of how do we make perfectly clear that we aren’t blaming victims … no matter what anybody has done or failed to do, this should never be the outcome,” Gaffin said. “But also take kind of the realist view that there’s bad people who do bad things.”

Gaffin said when meeting up with someone you don’t know very well, it’s important to have options and outs if you need them.

“I think those initial meetups, you probably want to have in a public place or have a friend with you—have someone else around. You’re just trying to do things so that you have options,” Gaffin said.

It’s not that these kinds of crimes happen more on college campuses, Gaffin said, but college students use dating apps more than other age groups so they have more exposure.

Gaffin said people should be cautious if someone is hesitant to provide information or is pressuring you to do anything you don’t want to do.

“I think maybe if there’s an uncomfortability or an awkwardness that’s keeping you from [leaving],” Gaffin said. “Those things aren’t going to matter in the big picture. Just make it uncomfortable and get up and leave. That’s okay, that person will get the hint. If you’re not feeling right, you’ve got to trust those instincts.”

Kendra Massey, director of Norse Violence Prevention Center (NVP), said that violence as a result of dating apps is not common at NVP. Massey said in cases of sexual assault and/or intimate partner violence, the offender is often someone the victim knows.

Massey said when talking about prevention, it should be talked about from the perspective of a bystander or friend. Massey emphasized the three Ds: distract, delegate and direct.

“We emphasize, we call it the 3 Ds, which are generally more reactive,” Massey said. “If it’s a situation where you see a potential for harm, how can you directly intervene? … How to do a distraction, or how to delegate to someone else.”

In the context of dating apps, Massey said it is more about proactive communication with your friends.

“All those kind of proactive things that you can do to try and make sure your friends are safe without restricting the way that people interact in the world,” Massey said.

When asked about warning signs to look out for, Massey said she doesn’t want any form of victim-blaming to come from her office and would rather talk about the issue from a bystander perspective. Massey said NVP works on reframing risk-reduction to bystander prevention.

Massey said it’s important to train the community about bystander intervention. Campaigns like “Ask for Lexi,” in which staff in bars around Cincinnati are trained that when a patron asks for ‘Lexi,’ staff will do what they can to intervene and remove the patron from the situation they are in.

Massey said the offenders are often good or “pretty good at being perfect” and there often aren’t “warning signs.”

“It’s on all of us to look out for each other. It is not on the individual to make sure that they keep themselves safe,” Massey said.

NKU After-Hours Psychological Emergencies: (850) 572-7777 (request to speak to the counselor on call)