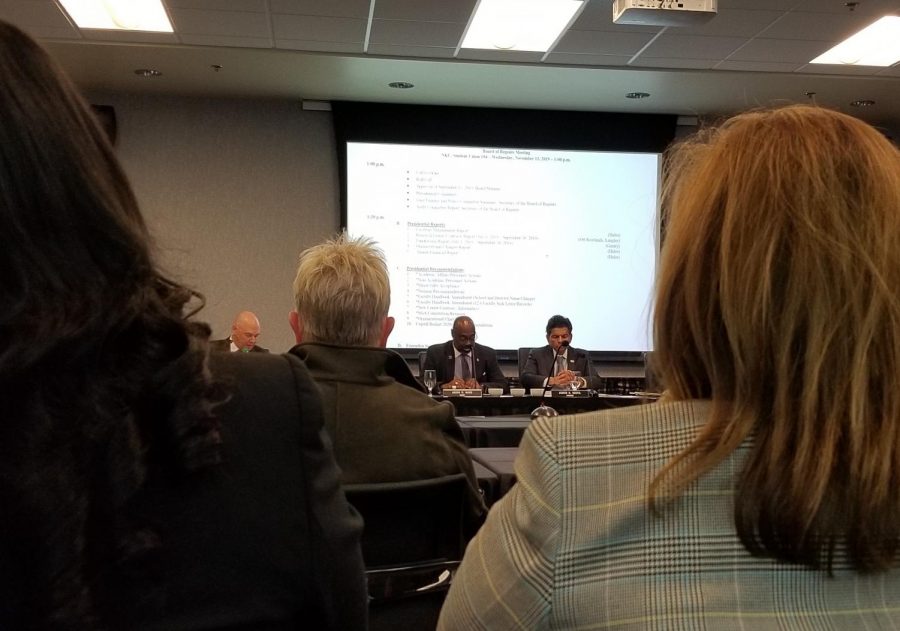 Board of Regents discuss renovation plans across campus

Mary Paula Schuh, director of planning, design and construction, and Mike Hales, interim vice president for administration and finance and chief financial officer, spoke about recommendations for the capital budget—the allocated budget for maintenance and acquisition of assets such as land and buildings. If the budget requested by Kentucky Council on Postsecondary Education is approved, it would give NKU $30 million for asset preservation

“Our capital is really a combination of new construction and capital renewal,” Hales said.

One of the things on the budget was the expansion of the Natural Science Center to support the growing numbers of majors and credit hours. Specifically, Hales said there is a desperate need for lab space.

Hales said renovations need to be done to many buildings on campus—one of them being the Fine Arts building which has issues ranging from the floor to heating and air conditioning.

“If any of you have ever walked through it, you can see some significant items one of them is the floor heaving that’s taking place and creating a lot of issues,” Hales said. “But then beyond that, there’s HVAC issues, electrical system issues. It’s probably a top priority on the list of renovations we need to make.”

Hales specified other areas on campus that are in need of renovations and what issues there facing.

“Another building is the Business Academic building. It also has some floor issues, as well as some building system issues. And then Nunn Hall, which is our oldest building, here on campus, has some sanitary infrastructure needs as well some HVAC,” Hales said.

Vice Chair Andra’ R. Ward asked Schuh how long the facilities mentioned have been in preferred maintenance mode and how much longer they can go without some drastic attention.

“It’s kind of a band-aid approach to get us through. Actually, the Nunn Hall sanitary facilities is really the one that’s most critical. Right now, we’re held together with band-aids until we can figure out the repairs,” Schuh said.

Ward also asked what percent of NKU’s total assets are in need of some major work.

Schuh referred to Syed Zaidi, assistant vice president of facilities management, who said that there is something called facilities condition index. The FCI asses the current and projected condition of a building asset. Zaidi said the last time it was measured in 2007 it was 35 percent.

During his presidential comments, Ashish Vaidya congratulated the new director of the Center for Innovation and Entrepreneurship, Dr. David Schneider. Schneider is currently the CEO of Rem Brands he will assume the position Jan. 6.

Vaidya also said there are three candidates for the position of Chief Diversity Officer. The candidates will be interviewed on campus starting Nov. 19 and through the first week of December.

Last month, NKU announced it will be giving students from Cincinnati Christian University a 50 percent tuition discount. Vaidya said this also included application fees be waived, as well as the spring housing deposit being waived for those deciding to live on campus. As of Nov. 11, Vaidya stated NKU had 85 undergraduate applicants with 23 admitted and 11 graduate applicants with one admitted.