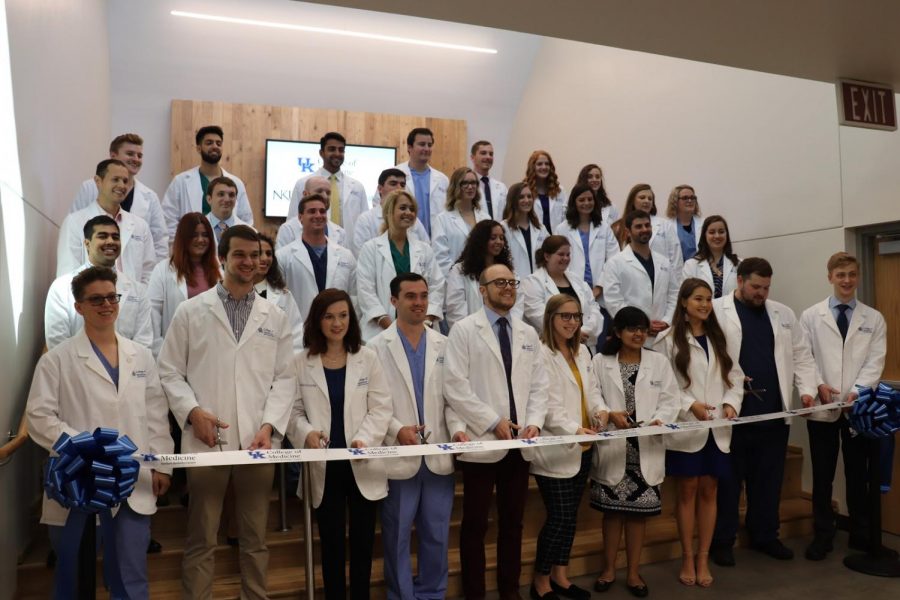 Students of the College of Medicine cutting the ribbon, marking the official opening of the college.

A ceremony marking the official opening of the UK College of Medicine on NKU’s campus occurred in the Student Union Ballroom Thursday, Sept. 5 at 10 a.m.

Members had the chance to hear the ambitions of this addition to the university from those who spearheaded the collaboration that allowed the new College of Medicine to materialize.

“This didn’t happen just by chance. It happened through all the strong efforts of the people both around this room and throughout the state,” said Dr. Mark Newman, University of Kentucky’s Executive Vice President for Health Affairs. “I think it shows what we can accomplish for the commonwealth when we work together.”

The college was established to address Kentucky’s physician shortage. By training more future health care leaders, we are preparing to improve the quality of health across the commonwealth, according to a press release.

“This unprecedented and collaborative effort ensures that our state will remain competitive as the landscape of healthcare changes,” said Dr. Robert DiPaola, Dean of the College of Medicine at the University of Kentucky.

DiPaola said the impact of opening the College of Medicine on NKU’s campus will be amplified for years to come. It is expected to benefit countless patients and create a legion of future healthcare leaders.

According to the press release, this will be the UK College of Medicine’s second four-year regional campus. The first one in Bowling Green, Kentucky opened in 2018.

The point most heavily emphasized at the ceremony was the need for keeping Kentucky physicians.

Northern Kentucky native and NKU alumna Allison Anstead said it’s a dream come true to have the opportunity to attend school as a UK College of Medicine-Northern Kentucky Campus student in the community that raised her.

“I have the vision to make my hometown healthier and happier,” said Anstead.

After the speaking portion of the event, guests were invited to the College of Medicine, located on the third floor of the Albright Health Center—where the ribbon-cutting ceremony took place and they had the option to have a tour of the college. 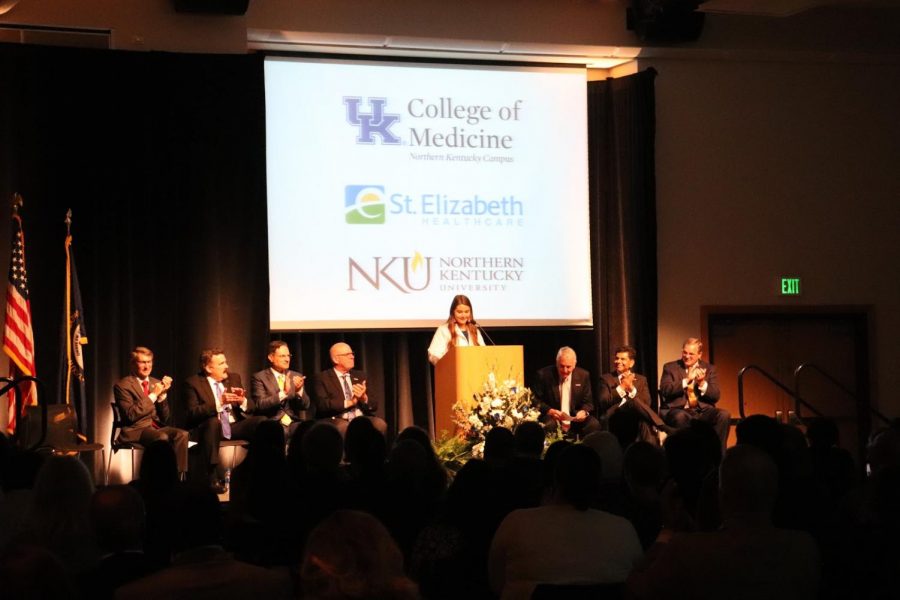