'Based on all of the interviews and documents reviewed, the concern of emotional abuse by [Coach Camryn] Whitaker is unfounded,' review reads 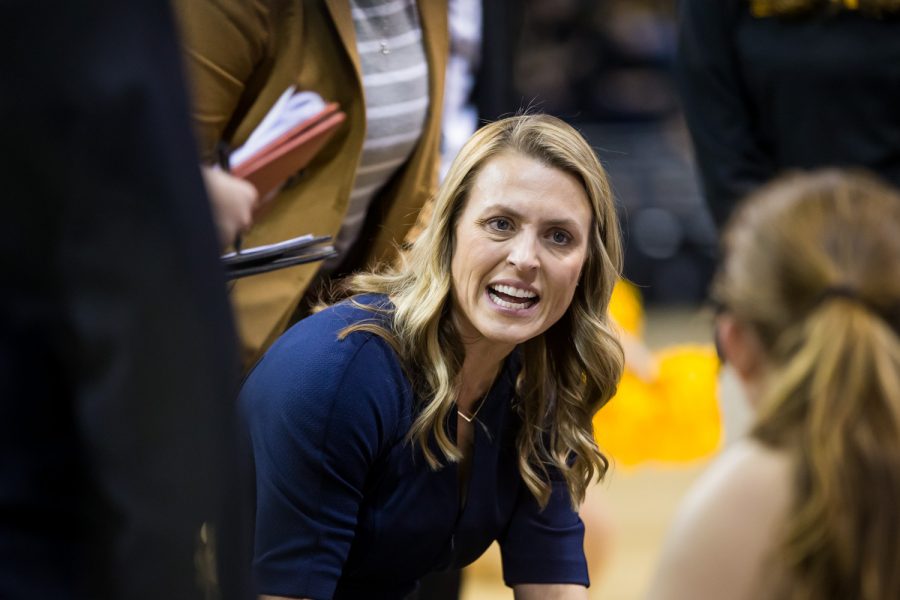 Head Coach Camryn Whitaker talks to players during a timeout during the game against Oakland, Jan. 27, 2019.

An external review into abuse allegations against NKU women’s basketball Head Coach Camryn Whitaker found the accusations were “unfounded,” according to a report released to NKU Thursday.

“We cannot substantiate emotional abuse by Whitaker to any player nor see any basis for any Title IX concerns with Whitaker or within the WBB program,” read the review conducted by Cincinnati law firm Dressman Benzinger Lavelle and dated May 7. “All the concerns that were expressed, even if true, do not rise to the level of abuse.”

DBL’s review consisted of more than 30 interviews and documents revolving around the situation.

“Based on all of the interviews and documents reviewed, the concern of emotional abuse by Whitaker is unfounded,” the review read.

“We are pleased to learn that our internal appraisal of the women’s basketball program matches the findings of the independent review conducted by DBL Law,” read a university statement on Thursday. “The well-being of our students is a top priority and guided our decision to have an external party review the program. From the onset, we have stressed the utmost importance of adhering to our core values, especially conducting ourselves with integrity.”

Whitaker said in a statement she cares “deeply about the women in our program, both as student athletes and people.”

“As we work to build a program everyone can be proud of and support, this experience gives us the opportunity to continue to reflect on the growth and development as coaches and players in our program,” Whitaker said. “I am grateful for the opportunity to coach Northern Kentucky women’s basketball, for the support provided by Ken [Bothof] and the administration, and am excited for the future of Norse basketball.”

NKU senior Taryn Taugher first brought to light allegations of bullying and emotional abuse in a blog post on March 24. Taugher, other players and their family members told The Northerner that the abuse began when Whitaker arrived and included verbal attacks and separating team members from each other.

Several women’s basketball players stood by the coach in a letter posted to the same blog site on March 30. It did not specifically address the allegations from Taugher’s post.

After DBL released the report to NKU, Taugher said she felt “frustrated,” “confused” and “scared” for her teammates.

“It’s gonna be swept under the rug again. It’s been three years, it’s gonna be another year of the same,” Taugher told The Northerner Thursday.

“In remaining true to NKU’s dedication to the growth of our people, we will continue to provide the support both Coach Whitaker and our student-athletes need to further develop—personally, professionally and on the court,” he said in a statement Thursday.