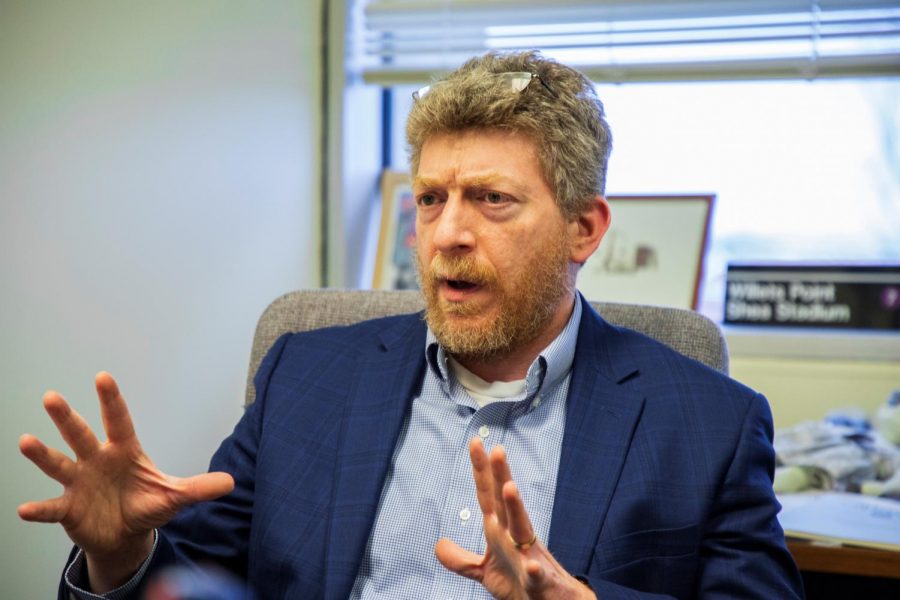 Drug dealer Azibo Aquart and his accomplices pulled on their masks and armed themselves early one morning on August 24, 2005, to break in a “perceived” drug competitor’s apartment. After constraining her and two others in the apartment, Aquart and company beat them to death with baseball bats, according to an edited version of the case.

Aquart was convicted of “murder in aid of racketeering and murder in connection with a continuing criminal drug enterprise and was sentenced to death,” according to the background of the case.

That’s where Chase Law Professor Michael Mannheimer steps in. Mannheimer has done research for cases similar to this one.

Mannheimer said that as long as he can remember he has always wanted to be a lawyer. He likes to argue, reason things out and is good at math, which he said helps him think through things logically and systematically.

Mannheimer explained that the federal death penalty applies to every state, but he argues against this.

At the end of the oral argument, 2nd Circuit Court of Appeals Judge Guido Calabresi, according to Ballotpedia.org, asked that the parties submit briefs on “original understanding” of the Eighth Amendment and how it applies to United States v. Aquart, Mannheimer said.

The Eighth Amendment states, “Excessive bail shall not be required, nor excessive fines imposed, nor cruel and unusual punishments inflicted.”

It’s the last part of the Eighth Amendment that serves as an argument made by the defense.

“You can’t apply the federal death penalty for a crime that occurred in a non-death penalty issue,” Mannheimer said agreeing with an argument made by the defense.

The defense cited Mannheimer’s work, citing one of his articles to make this argument.

Mannheimer has written several articles on this topic; he summarized his viewpoint as tosupercede how the Eighth Amendment framers and ratifiers used the words “unusual punishments.”

Mannheimer explained that state law was used to protect individual rights and in order to ensure that the federal government supersede these state laws, the Bill of Rights was created as a compromise.

“The best test for what is unusual is, ‘Is it authorized by law?’” Mannheimer said.

Calabresi, however, said, “I concur in the result, namely, that nothing in the constitutional arguments that are before us precludes a new penalty proceeding,” according to an edited version of the case.

In addition to his research and being cited 10 times, Mannheimer also teaches several course ranging from criminal law, evidence and the death penalty.

“He is hard, but I respect him. He is very detail oriented when it comes to cases,” said second year Chase student, Dayna Wilson. “He’s helpful for that, he’s helpful for the research, because he’s so knowledgeable.”