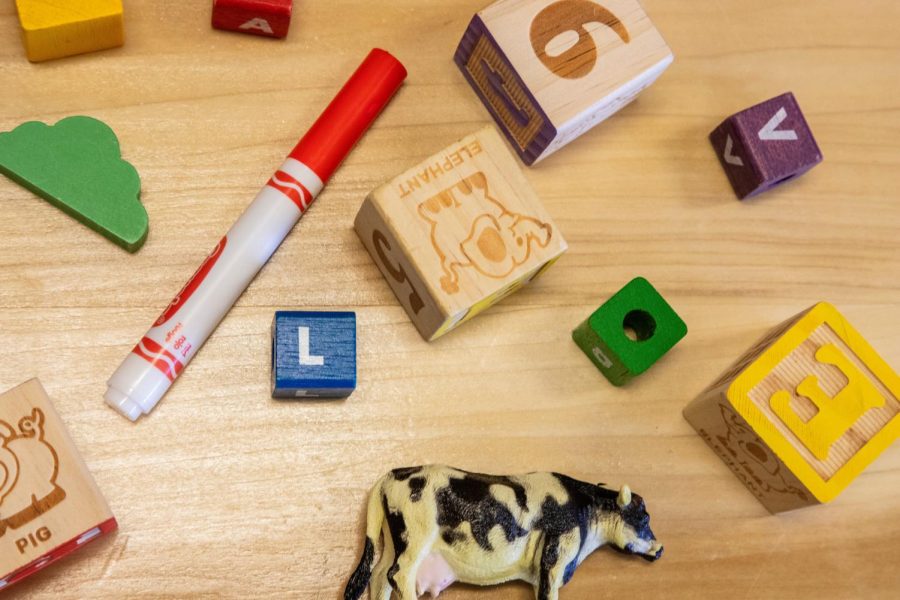 Outside of just higher ed, what does this issue say about our society?

The current standard for parental leave

The current standard in the United States for parental leave guarantees eligible workers up to 12 weeks of unpaid leave per year, according to Pew Research Center.

This protection, which falls under the Family Medical Leave Act (FMLA), does not guarantee pay to employees, but protects them from termination. While leave policies vary widely from employer to employer, FMLA is the only legal protection for parental leave for employees in America across the board.

“It’s [FMLA] designed so that if you can’t be at work because of those things, you can’t get fired for it,” said Executive Director for Accessibility at the University of Cincinnati Heidi Pettyjohn. “It is not maternity leave.”

In addition to the birth of a child, other situations that might entitle an employee to protection under FMLA include things like adoption or serious health conditions suffered by the employee or a family member of the employee, according to the U.S. Department of Labor.

While workers may not be eligible for paid leave at NKU, they have the option of using their accrued sick/vacation time during their leave, using short term disability to supplement pay (which is meant to be used for recovery time after birth, rather than bonding with the child) or turning to NKU’s Benevolent Association.

The Benevolent Association, according to the university’s policies, is “a self-governed, consolidated charitable organization providing relief to eligible faculty and staff who are facing an emergency. Help may be provided in the form of additional sick hours or financial aid.”

Employees donate their sick/vacation time to the association’s time bank, and can donate up to ten days in one calendar year. Approved employees may receive no more than six weeks of time from the time bank and no more than $1,000 from the charitable fund.

According to Pew Research Center, 19% of Education and Health services workers in 2016 had access to paid family leave, as compared to 5% in the construction industry and 37% in the finance and insurance industry.

Pettyjohn, who started working full time at UC in 2007, was also offered protection under FMLA when she had her two kids, but no separate leave policy.

“Going through that experience made me do research to realize…the sort of general wisdom I think that people think they have about maternity leave in the United States versus the fact of the matter,” Pettyjohn said.

Although she wasn’t offered a specific leave package, she said she was offered a generous benefits package that allowed her to get a lot of accrued sick/vacation time.

“UC, at least the people I worked for, were really generous. I took 14 weeks off and I basically said, I want to take more than the 12 weeks,” Pettyjohn said. “I want to take as much as I can afford. And they were really supportive of that. I’ve known other people here at UC who have been able to do the same thing.”

“I do want to stress that what’s wrong with FMLA as maternity leave isn’t really anything that a university’s HR department can do anything about… It’s important that people’s jobs are protected when bad things happen to them,” Pettyjohn said. “…[FMLA is] just not maternity leave. That’s not what it is.

“It’s a law that is intended for protection of employees when a bad thing happens in their family, and we sort of have to use that law for something that’s not a bad thing, having a baby.”

Amy Danzo, director of testing services at NKU, has had three children since she started working in higher education. Although it’s not required by law, Danzo thinks it would be nice to have the support of a leave policy provided by NKU.

“It’d be nice if NKU just kind of pulled out and was like, ‘Hey, we know it’s not federally mandated, but we’re going to offer parental leave here at NKU,” Danzo said, “and some people say, well, you know we do have the Benevolent Association. It’s not the same though, because you don’t know if your request is going to be accepted or denied.”

Pettyjohn also noted that only having FMLA protection directly influenced her pregnancy and birth experiences.

For her, it was a choice of getting a Caesarean section because it allowed her more recovery time.

“It was certainly an influencer. I chose to have a surgery rather than a vaginal delivery in part because I wanted to be off for longer with my kid,” Pettyjohn said.

Danzo was able to have her time off paid because she had accrued enough sick/vacation days having worked for NKU for a good amount of time. For some women, however, that isn’t a reality.

“Women who don’t have enough time built up and who let’s say they’ve been only been working here for two years, they will not have enough vacation time built up to cover a full 12 weeks of FMLA,” Danzo said. “They will have to go unpaid if they don’t apply for benevolent assistance.”

Another struggle working with FMLA that Pettyjohn stressed was how limited parents are in taking possible needed sick/vacation days outside of parental leave.

“What if a parent got cancer? What if my husband did?” Pettyjohn said. “You think about, once you’ve depleted that protection, and it’s not there again for another year, you realize what it’s like to live without that sort of legal protection of the protection of your job.”

For Danzo, working through what might seem like roadblocks in getting time off for parental leave all comes down to preparedness.

“If you plan it well, you can make it through, but you have to be like, on it. You have to be like … we’re not going to try to continue to conceive until this month,” Danzo said. “Because I won’t have enough vacation sick hours built up to be able to cover my maternity leave when I’m out.”

Among all the stress that comes with trying to arrange parental leave in the United States for both men and women, Pettyjohn recognized a wider issue: that an absence of standard parental leave depletes the workforce and discourages people from pursuing their careers.

She suggested it would be helpful to have policies that were more encouraging of parents, reflecting back on her positive experience with UC.

“I’m able to have a really flexible work schedule. I feel like I have the ability to have a great balance,” Pettyjohn said. “…How much better would that be if it were actually based on federal policies that were intended to be supportive of women and parents?

“And not to be sort of minimally protective.”

Danzo offered advice on her blog encouraging women and parents to persist, even if policies don’t change in the near future. For those who have the opportunity, she suggested taking initiative in the workplace to help establish respect that will help down the line when parenting comes into the picture, but remain firm in what you are and aren’t willing to budge on.

For employers, she stressed the importance of consideration and flexibility in schedules.

Both Danzo and Pettyjohn also acknowledged the underlying patriarchal nature of today’s society that contributes to a dearth in standard parental leave.

“You look at other countries where they value the ability of fathers to parent and women to work, and that’s the foundation, I think, of where these laws come from,” Pettyjohn said. “That’s sort of my thesis on it.”

Danzo looks to empower other women to continue fighting and hold strong in what’s important to them.

“In the end, I can see myself, old and grey. The only regret I would have with my children would be if I stayed at a workplace that didn’t value my time with my children and away from work,” Danzo said in her blog. “Only you know what feels right for you.

“Fight for what you believe in.”