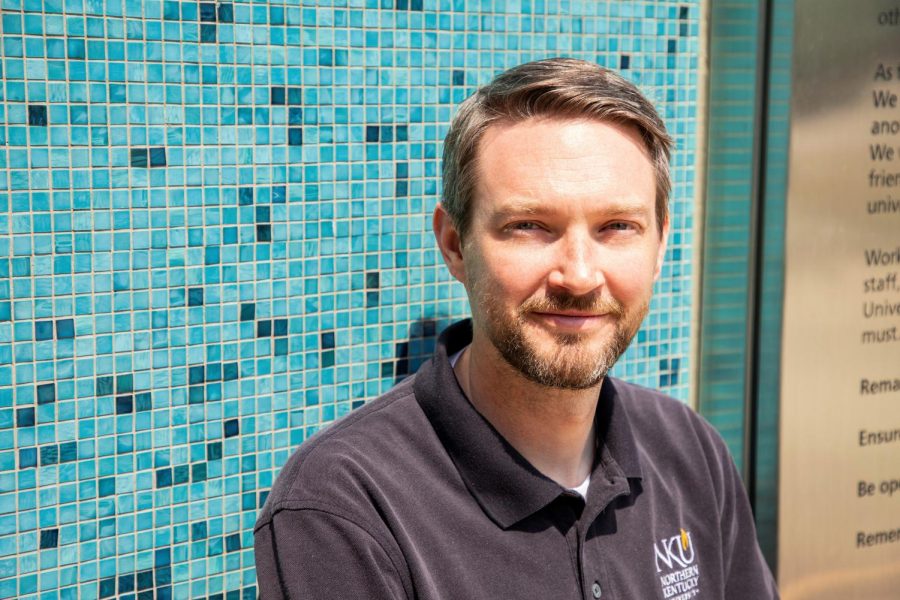 “The reality is we all make it through. That’s why there’s a lack of urgency around the policy,” Dr. Ryan Salzman said.

While maternity leave is a well-known concept, many people may be unaware of their right to paternity leave. Both are protected under the Family Medical Leave Act (FMLA) and referred to as parental leave. However, FMLA does not provide benefits. Rather, it assures for eligible working mothers and fathers that their jobs are secure for a 12 week period.

Dr. Ryan Salzman, a professor of political science at NKU, didn’t know that parental leave was available until after his first daughter was born in June 2016. Under the FMLA, a person has up to one year after the baby is born to utilize leave time. His class schedule had already been set for the fall and he didn’t want to disrupt that, so he made arrangements to take leave the second half of the spring semester.

When Salzman eventually took parental leave, he used sick time that he’d saved up to get reimbursed on top of the already guaranteed 12 weeks.

However, the policies can differ according to which NKU department a person is in. According to Salzman, some may limit the amount of vacation time an employee is allowed to use at once. For example, if someone has three weeks vacation saved, their department may limit them to taking only one week off at a time. But the FMLA allows using sick time and vacation time altogether to “circumvent those policies.”

Salzman and his wife were financially able to save up for taking parental leave, but he recognizes that isn’t always the reality for other families.

“It puts an immediate strain on your family to say ‘you’re gonna go without pay,’” Salzman said. “I know more women who have gone back before eight weeks is up than I do that have taken the full 12.”

Once a child is born, there are added expenses to the family. Salzman said he and his wife spent around $250 on diapers and formula in a month alone. But taking 12 weeks off is unrealistic for many people due to these added expenses and the loss of pay during their time off.

Paternity leave being available already isn’t well-known, but the cultural realities behind it can’t be ignored. Salzman believes the cultural aspect behind paternity leave “tends to be the greatest inhibitor” for utilizing parental leave for fathers. His dad, brothers and friends didn’t use it.

“It’s certainly not looked down upon to take paternity leave,” Salzman said. “But it’s also not something that anybody really talks about.”

When he reached out to HR and his department chair about it, they immediately helped him. Salzman urges people to take advantage of parental leave because it’s a great opportunity.

“I’m grateful that NKU does it but at the same time, I feel like I shouldn’t have to be so grateful for institutions doing what they should do,” Salzman said.

Salzman said that in Cincinnati, there are many companies that take an “international approach” and offer up to four months leave. Companies with an international presence have separate policies for their European employees and their American employees, but they slowly begin integrating the more European policies into the rest of their company.

Salzman said that this issue has been tagged as being a majorly liberal issue so it makes it difficult for some people to support it, even if they recognize the value in it.

“The reality is we all make it through. That’s why there’s a lack of urgency around the policy,” Salzman said.