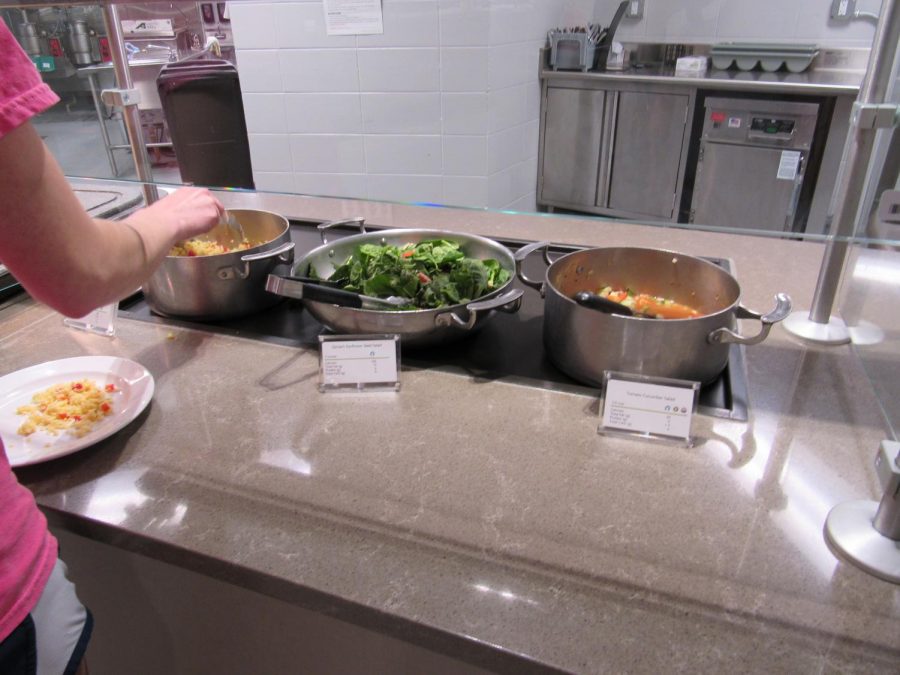 The Callahan Bistro has made changes to their menus after multiple complaints from NKU students regarding the safety and quality of their food.

Earlier this February, many resident assistants at Callahan Hall met with the Bistro dining manager to discuss concerns raised from residents. These concerns primarily dealt with the food quality at the Bistro, with many residents complaining that dishes are often under-seasoned, unhealthy and unsafe.

“I would say something on the line is always raw or overcooked,” business information systems major Phil Schirtzinger said. “One time, I was supposed to have a medium rare flank on a sandwich and it was completely raw. The meat was still marbled. It was dripping blood.”

Theater major Arianna Catalano has also had many experiences with meat that just doesn’t seem right. She said that the chicken at the Bistro is typically raw or has a grayish, dark brown tint to it.

But the meat isn’t the only sanitation concern. Students have also cited old fruit and wilted lettuce offered at the Bistro.

In response to these complaints, Dining Manager Julio Calle has promised that the Bistro will fix parts of their menus and spread more awareness about their resources. Calle has been the dining manager at the Bistro for nearly two years— he deals with ordering the ingredients, taking inventory and crafting the menus for the dining location.

“We have to follow procedures from the moment we receive product to the moment we store it – the way we cook it, the way we present it, the way we actually restore it again if we are going to reheat it or not,” Calle said. “There are several steps that we have to take in order to make sure students eat healthy and safely.”

In addition to adhering to a strict food safety code, all of the Bistro’s employees that handle food are certified by the National Restaurant Association.

According to Calle, the problems of the Bistro are being handled through a set of resolutions in menu-changing and better student awareness.

“For example, one of the resolutions that I made was that I’m not going to serve any more bone-in chicken, although a lot of kids like it,” Calle said. “But the problem with that is that you have to cook it all the way through, and even then, it might still have a little pinkish area here and there. So I just decided not to do bone-in anymore, so that they are much more happier.”

The Bistro is just one of the many dining locations managed and operated by one of Compass Group’s dining operators, Chartwells. Chartwells specifically works with colleges and universities like NKU to accommodate students’ needs for healthy, safe and tasty dining on campus.

Pat Hannan is the resident district manager for Chartwells at NKU, and he oversees the dynamic and culture of all Chartwells’ dining locations on campus. He’s also been deeply involved in resolving the current problems with the Bistro.

Prior to these student complaints, Chartwells has always conducted food quality surveys once a semester for students to give feedback and suggest new ideas. But because of the current concerns, Hannan has implemented an action plan for the Bistro that requires the Bistro staff to meet with Callahan Hall Director Lauren Mountain bi-monthly or every six weeks.

Hannan said, “It’s our responsibility and number one priority to make sure that the food is safe.”

In addition to the concern for food safety, the lack of health-conscious food options is another common complaint from Callahan residents.

“They claim the food’s healthy but it’s probably the same amount of calories if you went down the street to Wendy’s,” Catalano said. “They also say they have gluten-free options and things like that, but it’s just rice. I have friends that are gluten-free, and I’m sure they don’t want just rice for dinner.”

She believed that if the Bistro claims to have these options for students, there should be more of a variety.

Calle claimed that the Bistro does serve a variety of gluten-free options such as gluten-free pizza, pasta and breads. According to Calle, the reason that many students don’t know about this variety is that these types of food have to be asked to order at the Bistro and are not cooked without request.

According to Hannan, an effective solution to the Bistro’s problems would be a clear and personable dialogue between the Bistro servers and NKU students.

Hannan claimed that many students are unwilling to bring their concerns and personal health accommodations to NKU’s dining locations. According to Hannan, these students often wait until the middle or end of the semester to finally contact Chartwells, and by then, the students are already frustrated. Chartwells is always happy to accommodate students’ diet and lifestyle to the best of their ability, but the food service providers cannot help students if they are not alerted to the problem.

Hannan’s solution has been backed by students such as Schirtzinger.

Schirtzinger has food allergies that prevent him from eating the buns of a sandwich or burger. Because he communicated this allergy to the server at the grill, she knew to always cook the bread differently for him so that he can eat it. This quick, easy line of communication made Schirtzinger’s dining experience more comfortable and enjoyable.

According to servers and students alike, a better dialogue promotes a safer, tastier and all-around more enjoyable experience at the Bistro.

The students’ problems with the Bistro are heightened due to the perceived loss of money as well as appetite.

“We all have to have a meal plan if you live on campus,” Catalano said. “So, then it’s like, if we don’t eat at the Bistro, it’s like we’re wasting our meal plan that we paid for.”

At NKU, meal plans are typically priced just below $2,000. For students, the meal plan guarantees access to campus dining locations such as the Bistro, but because of these consistent problems, many Callahan residents don’t use their meal plan as often as they would like.

“I’ve been forced to go to other places like fast food places and spend money that I wouldn’t normally have,” Schirtzinger said.

Schirtzinger has a meal plan that guarantees him fifteen meals a week, but because of his dissatisfaction with the Bistro, he only uses three or four.

“A lot of days, I just end up not eating,” Schirtzinger said.

Catalano said that students shouldn’t have to worry about whether campus food is safe to eat, especially given that many are already paying over a thousand dollars for a meal plan.

The employees at Chartwells have heard student complaints and promised to make a better dining experience. The resolutions of close dialogue, menu-changing and better student awareness of food variety have been in effect ever since the complaints were first raised.

Since these resolutions have been in place, residents have seen an improvement in food quality and safety.

Calle advised that students should contact the Bistro directly if they have issues with their meals. Students can write a comment under the Bistro location on the NKU dining website or contact Calle via his information listed on a card at the register.

“They can express themselves if they need anything,” Calle said.