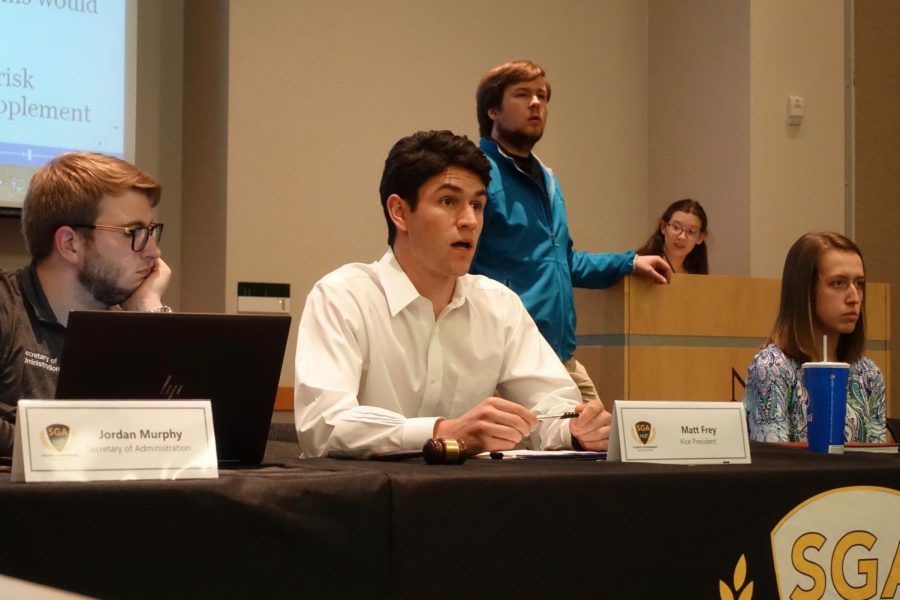 What you missed at SGA April 8

Senator Kimberly Sparks joined Anderson to present the first reading of her resolution requesting a focus on sustainability through partnerships and efforts on campus.

According to Sparks, NKU has been put through strenuous budget cuts in recent years that have forced the university to cut back on programs and departments throughout campus—including efforts in sustainability.

“It’s living in a sustainable way and having our university to survive for years to come,” Sparks said.

Senator Rebecca Noel followed after Sparks to present the first reading of her resolution asking for a “creation of an emergency fund to create better access and improve retention.”

Committee Chairman of Academic Affairs Jarett Lopez finished off resolutions with his first read through of his resolution requesting creation of an LGBTQ-oriented program of study.

According to Lopez, the new program would require hiring additional instructors and making new courses available for those minoring in the program.

The bylaw proposes that the Chief Justice, along with the Judicial Council, shall maintain the NorseEngaged program and that the program shall focus on civic engagement and civic discourse through deliberate communication with state and locally elected officials.

“This basically lays the groundwork of the program,” Roy said.

NorseEngaged is a special application available to members of SGA.