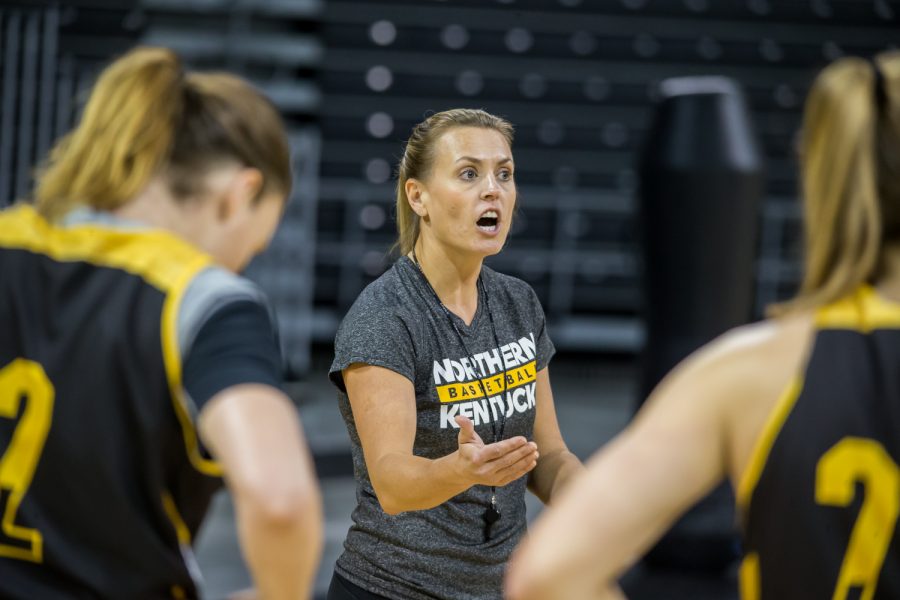 NKU women’s basketball players said they have experienced a culture of abuse fostered by its head coach that went unaddressed by administrators.

Outgoing guard and NKU senior Taryn Taugher first accused the team’s Head Coach Camryn Whitaker of emotional abuse that was leveled at her and others in her post to blog site The Odyssey on Sunday. Former player Shar’Rae Davis also came forward with similar allegations on a Facebook Live stream Monday.

In her post, Taugher detailed what she called “a deep, dark, hidden secret” that was “swept under the rug” by NKU Athletics and the Office of Title IX, which handles gender and sex discrimination complaints.

“The issue is that this coach is making it personal by bullying and emotionally abusing some of her players behind closed doors,” Taugher wrote in her post Sunday.

Taugher said Whitaker tried to intimidate, degrade and isolate NKU players from each other and from their families.

Coaches and staff knew about Whitaker’s behavior, Taugher said, but Whitaker warned players not to speak about what happened behind closed doors under threat of losing scholarships, being kicked off the team and simply because it would be “your word against hers.”

In a statement Monday, NKU affirmed that “the well-being of our student-athletes is of the utmost importance and when concerns are raised about our programs, they are appropriately reviewed, evaluated, and addressed.”

“The university is aware of complaints surrounding the women’s basketball program,” read a statement from NKU Public Relations Director Anna Wright. “We recognize the courage it takes to share personal stories. We have taken these complaints seriously and they have been thoroughly reviewed separately by the Title IX and Athletics offices, and addressed in accordance with university policy. There are ongoing efforts to improve communications and relationships between the program’s leadership and student-athletes. We are committed to fostering a safe, healthy and inclusive learning environment for anyone who is a part of our campus community. Our students’ voices will be heard and the Athletics office will continue to monitor and assess our programs, taking appropriate corrective actions as needed.”

This is a developing story. The Northerner will update this story as more information is available.