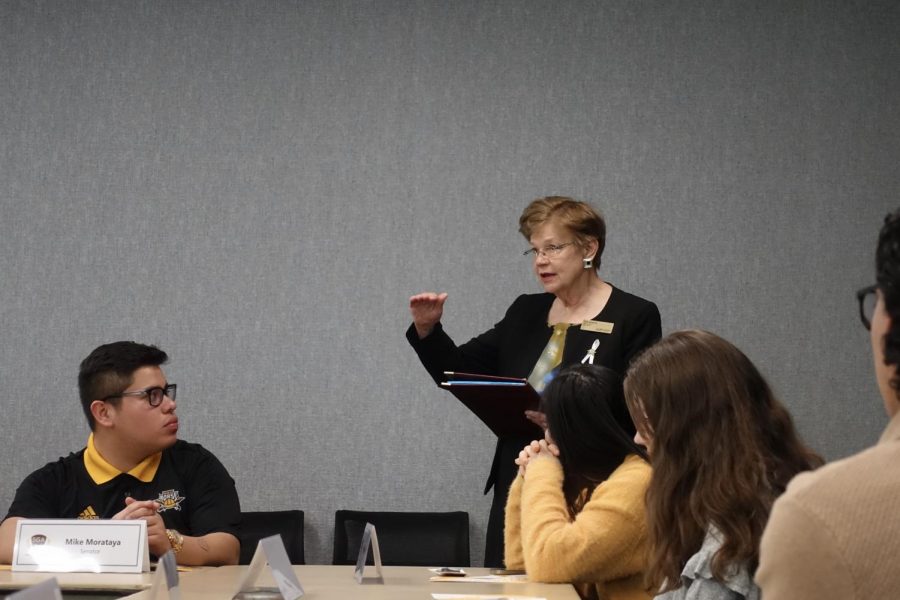 Associate Dean of Steely Library Lois Schultz speaks to SGA about the budget concerns of Steely.

What you missed at SGA Mar. 18

According to Brown, this resolution isn’t just about people of color, but all minorities at NKU—including those who identify under the LGBTQ+ umbrella.

After going through corrections with Chief of Staff Jake Anderson, a vote was called on Brown’s resolution and it passed unanimously.

Associate Dean of Steely Library Lois Schultz gave a presentation where she went over some of her concerns about the budget allocated to the library’s resources.

In 2005, Steely has had to cancel access to a few very expensive journals in response to journals and databases increasing in price somewhere between six and eight percent a year. With the money saved, Steely was able to start the Source Finder program—which has “kept [them] out of this dark situation until now,” according to Schultz.

However, in the last three to four years, Steely has started cutting services. Their budget hasn’t increased since the 2015-2016 school year; at the same time, 25 to 50 percent of the budget is in continuing cost items that go up in price every year.

According to Walker, a main goal of the association is “making sure people have opportunities to be engaged.” She then shared how SGA can be involved through volunteering at alumni events, such as the Alumni Awards Dinner—a signature event for the association, as well as engaging with alumni through legislative involvement and “informing them of your great work.”

Walker also shared her plans for a 2021 SGA reunion, as well as the possibility of planning other reunions for additional student organizations.