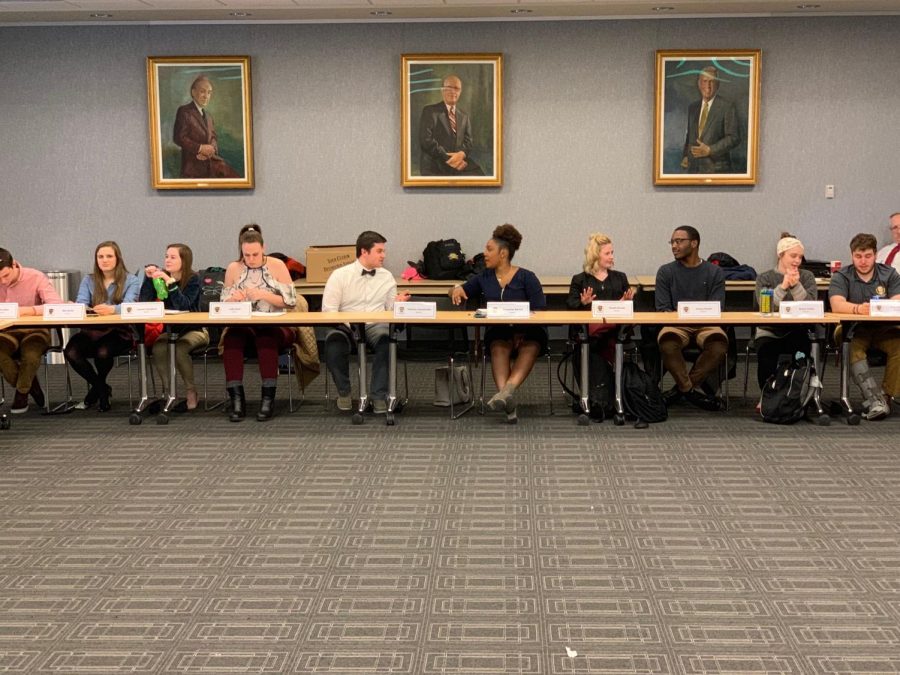 What you missed at SGA Mar. 4

According to Meeks, NKU’s food and beverage services have gone up for bid and in an unusual turn of events only one bidder has put forth an offer. When asked, Meeks stated that Chartwell was the only bidder in this round and that they are willing to provide upfront capital to incentivize the offer.

If the contract with Chartwells is renewed, NKU might see a new addition to the menu—a Chic-fil-A may wind up being built inside the SU’s game room. This would be in addition to whatever pizza option NKU decides on, Sbarro Pizza being the front runner.

Meeks wanted to bring this to the SGA to hear the many voices representing NKU’s student body and whether they would want such a controversial company to open a location on campus.

Dan Cathy, CEO of Chic-fil-A, has been very vocal about his opposition to same-sex marriage in the United States.

In a 2012 article published by the Baptist Press Cathy stated, “Families are very important to our country. They’re very important to all of us that are concerned about being able to hang on to the heritage that we have. We support biblical families, who’ve always been a part of that.”

Cathy was also involved in a Twitter controversy after the Supreme Court ruled in favor of changing the legal definition of “marriage” and “spouse” to apply to same-sex couples as well. This came before the legalization of same-sex marriage in the United States.

anti-LGBTQ+ organization. Meeks assured students that the capital Chartwells was providing would cover the costs to build the needed facilities.

“Ultimately, our goal is that you never have to sign into myNKU ever again,” Stinson explained.

The app was released in December before the commencement of the spring semester. Learning from past mistakes, the team responsible for developing this app wants to cycle out one.nku.edu and create an easily navigable interface that acts as a campus utility.

In its current form, it gives access to many different things, such as: directions around campus, current GPA, class schedule and a lot more.

Stinson hoped that by bringing this to the SGA he could get a few members to help further refine the apps various functions. During the meeting, senators suggested additional services be added, like: a campus directory, merging aspects of MyEngagement and adding links to campus media outlets.

As of the meeting, Stinson and Martin were working on adding a notifications feature that would provide updates to different campus activities pushed right to your phone. The app is currently available via the Google Play Store, the Apple App Store and web browser.