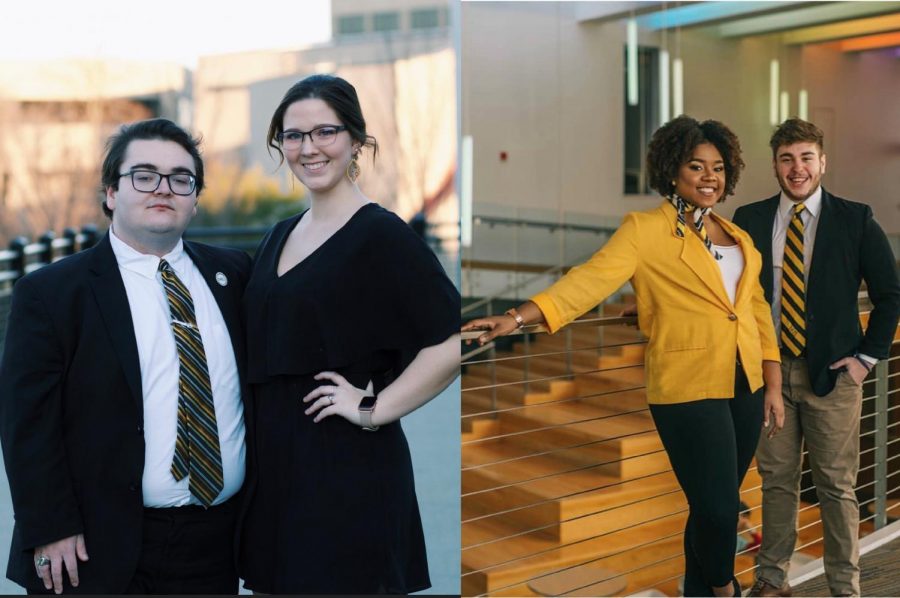 Photos from Lopez & Sanford for NKU and Barnes & Craig for NKU

Meet the first students to throw their hats into the ring for SGA’s top jobs:

Notable points of the Lopez-Sanford platform are extending Student Union dining hours, expanding campus health and legal services, ending the A-, mental health days for students, bringing state lawmakers to NKU and creating a legislative liaison position. Their complete platform of ideas can be found at www.lopezsanfordfornku.com.

As an SGA senator, Lopez pushed a resolution for an Academic Excellence Committee for students, faculty and staff to create courses and programs. His honorary resolution celebrating the fifth anniversary of the Office of LGBTQ Programs and Services also passed.

Currently, Lopez is lead ambassador for LGBTQ Programs and Services, communications vice president and sound mind coordinator for Sigma Phi Epsilon and an ambassador for the Institute of Student Research and Creative Activity.

Lopez selected public relations major Sanford for his running mate. Sanford, who served as an SGA justice and senator, notably helped write a menstrual product resolution which passed in fall 2018.

Sanford is currently a resident assistant, Kappa Delta Sorority member and holds a position at Biggby Coffee. Sanford has plans to attend NKU Chase College of Law after completing her undergraduate degree.

The pair are advocating for “Active Accountability, Initiating Inclusivity and Electrifying Empowerment for all NKU students,” according to their campaign’s social media accounts.

Craig, also an SGA senator, currently serves as president of Sigma Phi Epsilon fraternity, is a 2019 orientation leader and has been involved with Northern Kentucky Leadership Institute.

The student body president is responsible for reviewing and approving SGA legislation, serves on the NKU Board of Regents, can enter into agreements with other campus orgs and presides over SGA meetings.