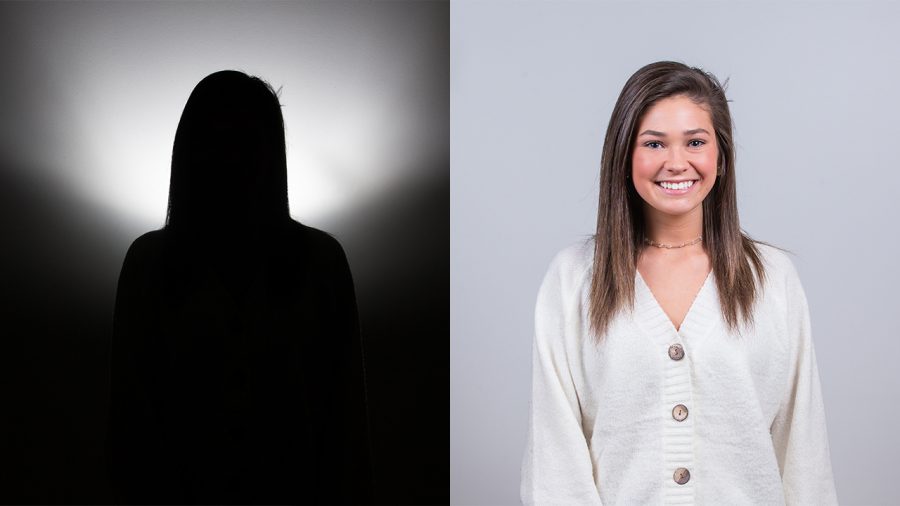 Introverts and extraverts make a continuum with both on opposite sides. Ambiverts, who have qualities of both, are located somewhere in the middle.

Why you’re you: The science behind introverts, extroverts

Many have heard about the Myers-Briggs personality assessment or the big five personality test. Often, people lump themselves into two categories: introverts or extroverts. Despite familiarity with the terms, people may not be well accustomed to what they mean.

Even though these personality tests are supposed to be about who someone is, research suggests introversion and extroversion are more closely tied to the people around in the moment, as well as genetics, according to NKU psychology professor Dr. Kathleen O’Connor.

These genetic differences help explain the common characteristics of introverts and extroverts. For example, your quiet friend might be put off by loud noises and busy environments because they have perpetually high levels of sensory stimulation.

Extroverts, on the other hand, will seek more stimuli to make up for their perpetually low levels of sensory stimulation. Some examples of this may be trying more bold or daring activities, such as eating spicy foods or going mountain climbing.

However, O’Connor stressed that neither personality trait is exclusive of the other.

“We need to think of introversion and extroversion as existing on continuums,” O’Connor said.

On one side is introversion and the on the other lies extroversion. While some people tend toward one side of the continuum, they may act characteristically of the other depending on the situation. The ability to bridge the two sides of the introvert-extrovert spectra is a characteristic of ambiverts. These are people who have mobility on the continuum and generally fall closer to the middle than either extreme. Most people are naturally ambiverts. However, this does not seclude extroverts or introverts to their respective general norms.

The famous psychologist, Carl Jung, developed a concept known as individuality. Individuality refers to the process of developing a consciousness so as to become a unique individual unbarred from collective norms. According to Manning, the most fully developed people are able to function well in extroverted and introverted environments.

But it isn’t just brain activity that predetermines your personality type — through a cultural lens,  Manning addressed the idea that introverted and extroverted traits can be learned. Some cultures may place more value on introversion or extroversion, and there are distinct differences between Asian and western attitudes about the introverts and extroverts.

“The Asian societies really value the person who is introverted…they have a saying, ‘those who know do not speak and those who speak do not know,’” Manning said. “On the other hand, the western [society], like America, it really pushes the extroversion. The term ‘the squeaky wheel gets the oil’ is really bought into.”

These values push the members of each society to embrace their culture’s preferred personality style, even famous ones.

“Benjamin Franklin was a greatly known extrovert, but he needed time to think also and re-juice his engine alone,” Manning said.

Dr. Ty Brumback, a psychology professor at NKU, said there are a lot of contextual factors that might influence how someone acts, and introversion or extroversion aren’t necessarily the deciding factors.

These tendencies can provide insight into what professions or skills may be favorable for introverts or extroverts.

“[Extroverts] would be very good first responders. An introvert wouldn’t even make a very good 9-1-1 dispatch person because they would be overwhelmed by it,” O’Connor said.

Additionally, O’Connor speculates that a politically-minded introvert may lean toward the professor or speechwriter professions rather than run for political office.

The ability to recognize introverts and extroverts can noticeably benefit interactions with them. If a student leader recognizes that the secretary of her on-campus organization is an introvert, she could help delegate tasks to him over a period of time and collaborate with him regarding their work. This method may help the introverted secretary not become overwhelmed. On the other hand, if the organization’s secretary is an extrovert, she can likely approach him with a number of tasks at a time and let his action-oriented personality take charge.

Unlike structured on-campus organizations, random social settings provide the opportunity for introverts and extroverts to act and react naturally with the people to whom they are most drawn to.

When considering that an introvert and extrovert in a romantic relationship will likely have to understand their noticeable personality differences, Manning cites three more important factors in such relationships. They are the same moral values, similar interests and goals,  and a biological attraction.

An extrovert may offer a welcomed excitement to a particular introvert. Just as that introvert may be a content “anchor” for the extrovert.

When people understand what makes an introvert or an extrovert, they are better adapted to analyze situations and react accordingly. However, it is important to understand that neither extroversion or introversion are exclusive personality traits.

If you are interested in testing your personality or learning about your friends’ personalities, check out the Myers-Briggs (16 Personalities) and the Big Five personality tests.