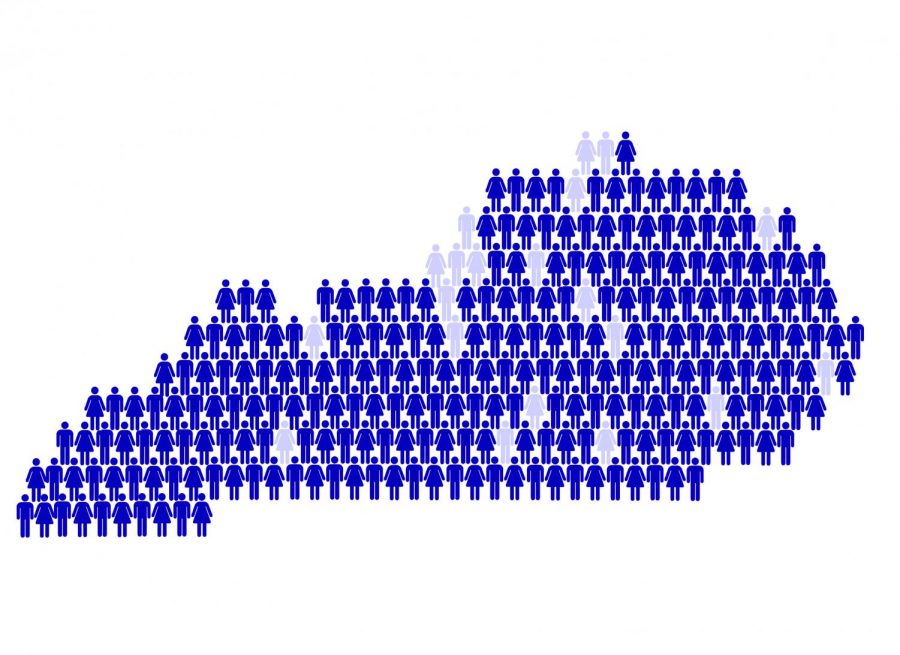 Every eight days, a human trafficking incident occurs in Kentucky

In Northern Kentucky, the dangers of human trafficking might appear inconsequential. One imagines a trip abroad gone wrong or bases their knowledge around the dramatic portrayals they’ve seen in Hollywood. But this violation of human rights is living and prevalent, and it can happen to anyone.

In March 2018, The Cincinnati Enquirer reported that Tim Nolan, a former Campbell County judge, pleaded guilty to 21 counts of human trafficking and trading heroin for sex with women—some of the victims were his tenants, and others were underage. In November 2018, Robert Poole, a Northern Kentucky attorney, was also charged with several counts of unlawful transactions with a minor.

John Gaffin, chief of University Police, said that officers have not confronted any instances of human trafficking that they are aware of on campus. Gaffin stated that students are at a lower risk here at NKU, but anybody is at risk for these kinds of crimes, and safety precautions are crucial.

“There’s always that chance in the moment that you don’t take those kinds of precautions, you do kind of raise a risk level a little bit…don’t give out information, don’t tell people where you live, don’t tell them your phone number, don’t give them your IDs,” Gaffin said.

Gaffin said students should reach out to NKU Police if they ever feel uncomfortable or unsafe about someone on campus.

Awareness of human trafficking is increasing, but government officials and police are often playing catch-up with the newest forms of crime, Gaffin said.

“It always takes a little bit of time to get a structure set up to handle, it seems, to train people right so we know what we’re looking for,” Gaffin said.

Boltz said her and Theresa Vietor, manager of forensic nursing at St. Elizabeth, had the idea while drinking a cup of coffee. Both Boltz and Vietor had experience working with victims of domestic violence and were seeing a lot of similarities between it and human trafficking. They wanted to create something similar to the Sexual Assault Response Team.

“[We] basically reached out to everybody we knew and decided to bring them to the table and to try to find out what’s working, what’s not working, what are we doing now, what do we need and see if we can create a comprehensive protocol,” Boltz said.

Boltz also realized the importance of approaching this issue from a trauma-informed lens.

“There are things you need to understand about how a traumatized person thinks, reacts and articulates what they’re experiencing before you ever decide you’re going to give services,” Boltz said.

The RIGHTS protocol provides a directory of community-based services, as well as who to call in certain circumstances, how those people should respond and red flags.

Scarlet Hudson, founder of Women of Alabaster, a nonprofit organization focused on renewal, rebuilding and restoring lives of female survivors of human trafficking, is part of the RIGHTS task force and says she brings reality to the table.

“I’m frontline because I actually physically work with these girls every day. And so I think that they wanted me involved because I brought reality to the group as I do sit in ERs a lot, in hospitals and I’m engaged with law enforcement…all those entities that the protocol was written for, I encounter them on a daily basis,” Hudson said.

Hudson said the reality of this issue can be lacking from the conversation, but it’s not done on purpose.

“From talking with them they haven’t been trained on it, it’s not part of their education piece… either they feel like they don’t have time, it’s not their job,” Hudson said.

Hudson, who is also known as Mama Scar to the women she helps, goes into the streets of Cincinnati every other Saturday to find those who may need her help.

“The hardest thing for me is leaving [them] on Saturday night when I’m out on the street, and I see what’s going on around me. And there’s not a thing I can do about it at that time,” Hudson said.

Women of Alabaster provides clothing, counseling and medical treatment for women who are still on the street, as well as helping them get treatment.

Theresa Flores is also doing her part to help human trafficking survivors. Flores is a survivor of human trafficking herself—at the age of 15, Flores accepted a ride from a boy she knew, and then she was drugged, raped and photographed. For two years, Flores continued to be trafficked without her family ever knowing.

Flores did not realize she was a survivor of human trafficking until the age of 40 when she could finally put a definition to her experience. She decided to share her story with survivors, as she wanted them to realize their self-worth.

“We really try to tell them their worth, no one’s told them that,” Flores said

Flores founded Save Our Adolescents from Prostitution, an organization that places bars of soap with the human trafficking hotline number in the bathrooms of high-risk motels.

Flores also stressed the importance of trauma-informed care and the complexities of trauma itself.

“A lot of these women were abused or molested as children—layer of layer of trauma. The healing process is lifelong, they deal with PTSD, Stockholm Syndrome and that’s not even including the physical problems from being abused. Trauma had become their normal,” Flores said.

According to Flores, a common misconception about victims of human trafficking and prostitution is that it’s something beneficial for those involved.

“A lot of people think they are out there selling their bodies and benefiting from it. Nobody wants to sell themselves 10-20 times a night,” Flores said.

If you are someone you know is a victim of human trafficking call the National Human Trafficking Hotline 1(888) 373-7888 you can also text “help” or “Info” to 233733 or live chat on their website https://humantraffickinghotline.org/