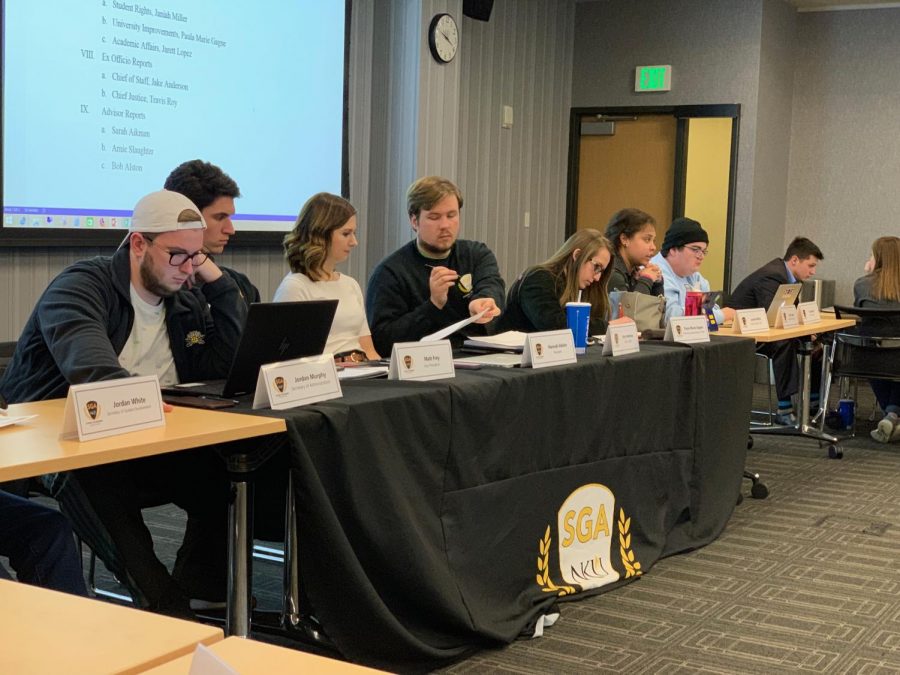 What you missed at SGA Feb. 18

“They’re just for accountability purposes, they’re nothing more than what [SGA] are doing,” Edelen said.

The first executive order mandates that all members of the association attend at least two organization sponsored events, excluding basketball games, and must work on one project per semester. Failure to attend two events would result in two unexcused absences—the SGA Constitution states that three unexcused absences are grounds for impeachment.

Executive orders made under the current SGA president will go out of effect at the end of the current administration’s tenure on the executive board.

Rally for Higher Education a success

During his Ex officio report on Monday, Chief Justice Travis Roy gave a shout out to all those who attended the Rally for Higher Education.

Of the 35 students that originally signed up to travel with SGA, 28 of them made it to Frankfort on Feb. 12. The Rally for Higher Education gave these students the chance to meet with lawmakers from the state of Kentucky and discuss the importance of a proper education with them.

SGA met with 14 different legislators throughout the day, which was more than any other university in attendance according to Roy. Edelen and Roy also spoke about their experience with higher education in front of around 400 students gathered at the state capital.

“From what Hannah and I both have heard, this has been one of the most successful rallies that has happened at Frankfort. I don’t know, from NKU’s perspective, over the years how this went—but I know last year 12 students came,” Roy said.

Janiah Miller, SGA committee chairwoman of student rights, lauded Roy for his efforts in getting people organized for the rally. NKU had the largest body of students represented in the capital, the most appointments made and they were able to enjoy a free lunch at Kentucky State University thanks to Edelen and Roy.