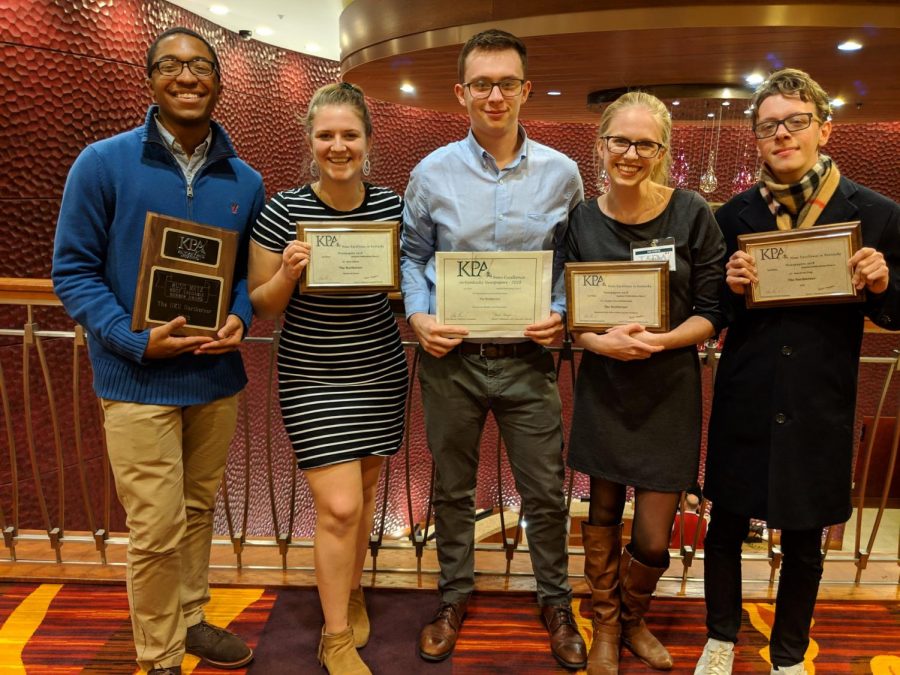 The Northerner won five Kentucky Press Association awards Jan. 25. The Northerner, along with all Kentucky student publications, was also recognized for a year of watchdog reporting and a student press fight for public records.

The Russ Metz Memorial Most Valuable Member Award, traditionally given to a Kentucky journalist who performed the most outstanding service, was instead awarded to the staffs of all state college student publications. The Northerner was recognized alongside The College Heights Herald (WKU), The Kentucky Kernel (UK), The Murray State News, The Eastern Progress (EKU), The Louisville Cardinal and more.

“We are honored that KPA recognizes the hard work of Northern Kentucky student reporters, photographers and designers,” Rosenstiel said. “To receive the Russ Metz award along with the other talented and courageous student news organizations across Kentucky is an honor our staff is proud to share. In this new year, we look forward to creating a Northerner that continues to inspire and inform our NKU community.”

The Northerner was recently recognized nationally for its coverage of sexual misconduct, sports photos and editorial illustration.

KPA, which celebrates its 150th anniversary this year, is an organization for the advancement of professional and student journalists, and its Kentucky Intercollegiate Press Association supports student news publications around the state.