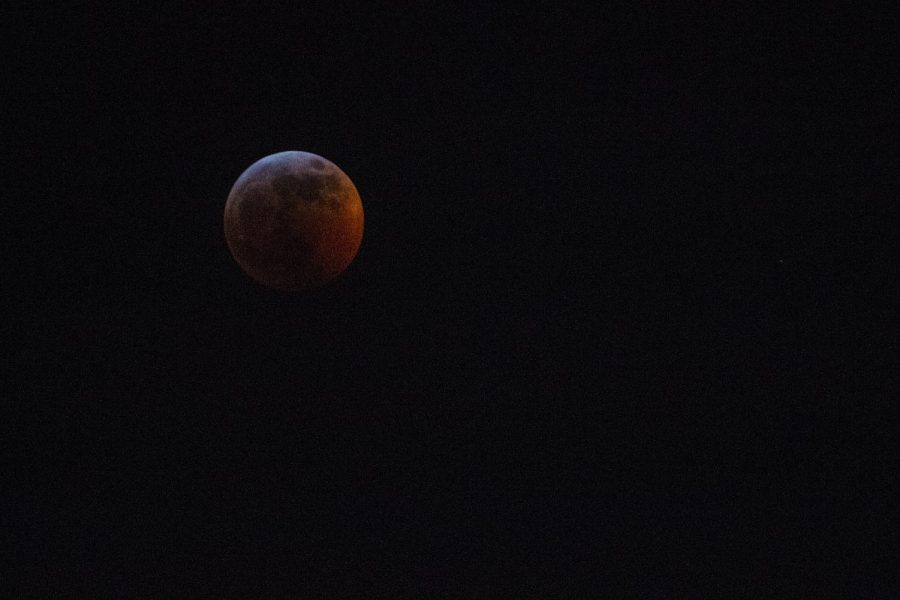 This past Sunday night, the Haile Planetarium hosted an event to commemorate the super blood wolf moon eclipse, an extremely rare occurrence.

The event started with a small documentary about the moon and the history of its exploration, followed by demonstrations about eclipses.

A lunar eclipse occurs when the moon passes through Earth’s shadow and can only happen during a full moon and when the Sun, Earth and the moon are perfectly aligned—the next similar lunar eclipse visible in the United States will not occur until 2022.

Leading the event was planetarium director and lecturer Christa Speights.

“Even though these eclipses are predictable, they’re still an amazing sight,” Speights said. “These events help us show the movement in the solar system, it’s a way for us to see Earth’s shadow.”

Student volunteers, like junior Emily Frame, were on hand to help educate guests.

“I think people take more of an interest in things beyond our own planet. I think it could help us in the future,” Frame said.

Instead, those who visited the event were treated to a viewing of constellations while portable telescopes were brought outside for viewing.

NKU student Alfie Scott was in attendance on Sunday.

“It’s so cool to see something like this,” Scott said. “Seeing our universe in action, and seeing all the changes in person is just an incredible sight. When there’s a chance to look at the night sky and see something this special, it’s worth the watch.”

The next lunar eclipse visible in the United States will a happen on July 16, 2019. 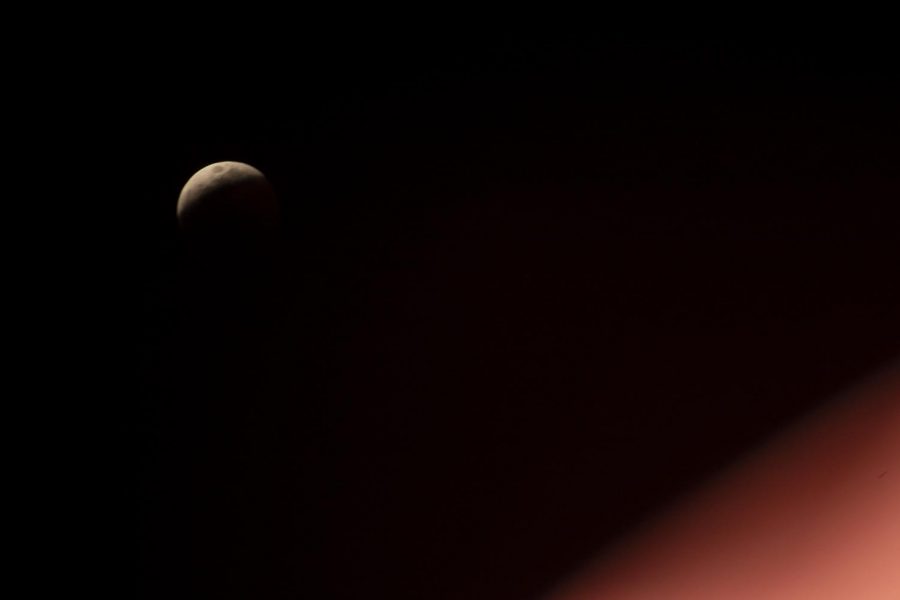