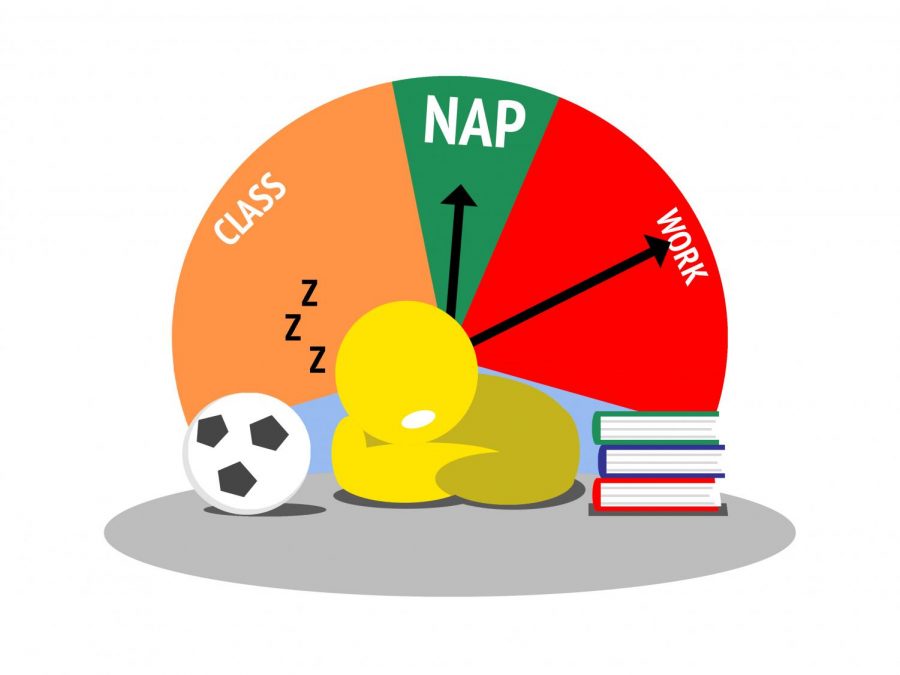 If you spend the majority of your nights sleeping less than eight hours, you may be in “sleep debt,” says Dr. Angela Lipsitz, former psychology professor at NKU.

Lipsitz explained that someone could get at least eight hours of sleep one night but still feel tired due to having spent most nights getting less than seven or eight hours.

So, what is the solution? Take a nap.

Taking naps is actually beneficial to our health, according to the American Psychological Association (APA). A short nap can help with alertness, reset the brain, improve the immune system, decrease stress and more.

If you’re in “sleep debt,” then taking a nap will help make up for the lost sleep. However, you either want a brief 20-minute nap or a longer 90-minute nap. Splitting the difference will result in more drowsiness. According to the APA, we enter our deepest sleep after about an hour, so it’s more difficult to wake up during that time. A 90-minute nap allows for our brains to incorporate all of the sleep stages needed to wake up feeling refreshed.

Reasons why college students may be in “sleep debt,” or sleep deprivation, are vast.

Unreasonable work schedules and too much homework may be factors that are out of a student’s control, but Lipsitz said that technology can negatively affect a student’s sleep schedule as well.

“Many students are sleep-deprived. It’s due to things we are doing to ourselves,” Lipsitz said.

The lights and notifications from electronic devices can make it difficult to fall asleep. Turning off your devices or moving them to a different room will make falling asleep easier.

Lipsitz believes most students feel the effects of sleep deprivation.

Schmitt’s long-time solution has been napping. Her class schedule allows for her to sleep twelve hours at least four days a week, and she takes hour-long naps throughout the day.

If Schmitt can’t take a nap, she’ll drink coffee. While she feels better after, she still prefers to sleep.

According to Dr. Christine Curran, NKU’s director of the neuroscience program, studies have been done to compare the effects of drinking coffee, taking a nap or a combination of both. Students who drank a cup of coffee prior to taking a 30-minute nap reported feeling more alert than students who had just napped.

“What happens is that the caffeine takes about 30 minutes to reach peak blood levels, so when you wake up from your nap, the caffeine is kicking in,” Curran explained in an email.

Caffeine may be helpful for those pulling all-nighters, but the lack of sleep makes it more difficult to retain the information.

“We’ve known for a long time that all-nighters just don’t work when preparing for exams,” Curran said. “Your brain needs sleep to consolidate everything you’ve learned.”

While naps and caffeine are good options for students who are cramming for tests, they shouldn’t replace a normal sleep schedule. Many studies have been done to prove the benefits of a short power nap, but both Curran and Lipsitz agree that getting a full night’s sleep is still the healthiest option.