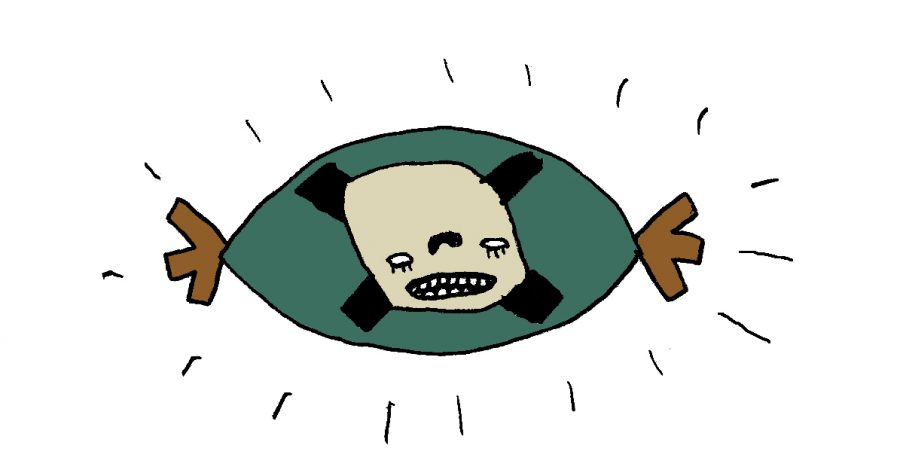 Every year, parents panic that their kids’ Halloween candy is being poisoned or tampered with.

Tricky treats: Did Mom and Dad ever check your candy?

Examining the myth behind your parents’ biggest fears.

Some of the biggest traditions of Halloween include dressing up as monsters, watching scary movies or going to haunted houses. But one of the biggest fears that has existed for decades is that Halloween candy is being poisoned.

For the past 30 years, University of Delaware sociology professor Dr. Joel Best has been studying “Halloween sadism,” a term that describes trick-or-treat Halloween candy being tampered with or poisoned.

In the 1950s, stories would circulate about people melting pennies on skillets and dropping the hot pennies into trick-or-treaters’ hands, according to Best. In the 1960s, people started to fear that people were poisoning Halloween candy. Best said the fear became more intense in the ‘60s and ‘70s, when the media started covering these events more.

Best said these fears may stem from a larger anxiety about the fate of the future. He said that the world we live in is precarious.

“A lot of things are going pretty well, but, at the same time, we have all these apocalyptic scenarios…we could have nuclear war, nuclear winter, economic collapse, plague, various kinds of environmental catastrophes or asteroid strikes,” Best said. “There’s all these scenarios for how it could all fall apart. If you think about children—children are the walking, talking future.”

In order to cope with these fears about an uncertain future, Best said people try to worry about protecting their children. In the ‘70s, youths were protesting on college campuses, people were being drafted for the war and Stephen King’s novels started becoming popular.

“There is a very real danger that your children could get drafted and killed in an unpopular war, so there’s the sense that children are in a sense of danger,” Best said. “If you look, this is when Stephen King starts writing and in his early books, almost all feature children that are either evil themselves or they’re threatened by evil. There’s kind of a thing going on in the culture to worry about kids.”

Throughout Best’s 30 years of research, he said he has never found any evidence of poisoned Halloween candy killing or seriously injuring a kid. Each year, Best adds any instance of “Halloween sadism” to his research.

Coming from Liberia, junior social work major, Tenneh Williams said trick-or-treating wasn’t a popular thing in Africa. When she came to the U.S., she said her parents let her trick-or-treat, but they were nervous. Although her parents didn’t check her Halloween candy, they did eat hers—she said, laughing.

Best, personally, said he never checked his children’s Halloween candy. In Best’s research, he said that he can never fully prove that no child has been killed due to “Halloween sadism,” but it would be unlikely that no media outlet would cover it.

“Because I talk to the press so often, I think it’s very unlikely that there’s been a death in the last 35 years, and someone would not have brought it to my attention,” Best said.

Best has been interviewed by The Los Angeles Times, The Baltimore Sun, USA Today, History.com and many other news outlets.

Over the years, with the rise of social media, Best said kids have posted pictures of candy with razor blades or other various sharp objects in them. However, these are most likely fake.

“When people have actually tried to track down these reports, they’ve concluded that the vast majority of them are hoaxes,” Best said. “I think it’s still out there and people get excited about it.”

Although the chances of encountering tampered Halloween candy are low, Director of Environmental Safety at the Northern Kentucky Health Department Steve Divine said people should still be cautious.

“It’s always good to have a parent or an adult go around with [kids], make sure they’re not eating any of the candy until they get back home,” Divine said. “At that point, it’s good for the parents to inspect the food before the kids eat it.”

Divine said signs of tampering can include ripped packaging or distorted wrappers. He said it’s best to throw damaged candy away, even though it’s most likely not tampered with. If you encounter candy that is severely damaged, such as a razor blade found in it, Divine said to keep it away from children and call law enforcement.

When accepting candy and treats, he said it’s best to use common sense, like not taking homemade treats from people unless you know and trust them.

“The times we live in, you never know what could happen, so it’s better to be cautious,” Divine said.

Freshman electronic media & broadcasting major Camryn Michul was aware of the fear that Halloween candy was being poisoned when she was younger.

“I heard about it a lot on the news,” Michul said.

Michul said her parents watched the news while she was in the room, so she saw reports. Now that she’s older, she said she’s not sure if candy is actually being tampered with. She said it’s hard to tell, but if the wrapper is damaged, it’s not good to eat it.

Although being cautious about Halloween candy doesn’t seem too detrimental, Best said it’s most likely not the best idea to scare kids about their neighbors.

“I don’t really know that there’s anything terribly positive about telling your children that someone down the block wants to kill them,” Best said. “It seems to me that that disrupts the sense of community. I think this is not a necessary fear. It’s a fear that just goes on and on.”

Legends are a way of talking about the things that scare and worry people, Best said. They’re typically frightening and warn people to be careful of something.

“A contemporary legend is harder to kill than a vampire,” Best said.