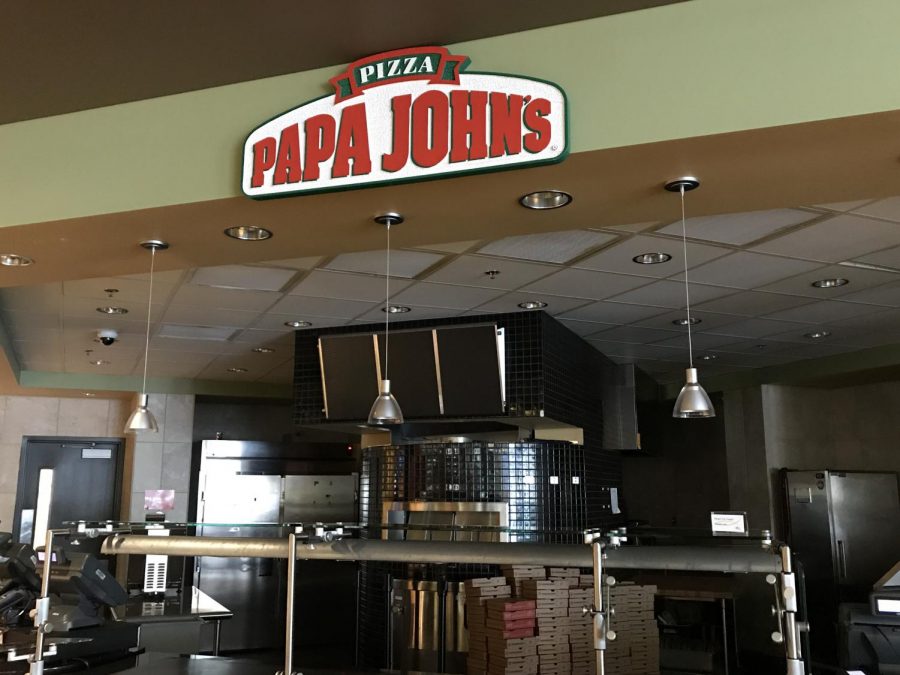 Papa John’s located in Student Union. In July, NKU announced it would part ways with the chain, which was replaced with Chartwell’s Best Pizza.

What’s going to replace Papa John’s in the Student Union? It’s up to you, NKU.

A new university survey asks students which national pizza chain should take Papa John’s place, and after one week, LaRosa’s Pizza is quickly taking the lead.

As of Tuesday evening, about 32 percent of 1,810 student respondents said they prefer the Cincinnati-based LaRosa’s chain, which has over 60 locations in Kentucky, Ohio and Indiana.

Domino’s comes in second with 22 percent, and Pizza Hut is third with about 16 percent.

Little Caesar’s, Sbarro Pizza and Pasta and Godfather’s are also in the running. Taking the survey also places students in a drawing for a $25 account credit.

NKU administrators said they hope to bring a national franchise back to the SU.

“We have reviewed sales and note a significant decline since we moved away from our national partner,” wrote Andy Meeks, director of Business Operations and Auxiliary Services, in an email to students Oct. 3. “Realizing a national pizza partner would be our preference we have begun internal discussions.”

NKU announced it was cutting ties with Papa John’s in July after the chain’s founder reportedly used racial slurs during a company conference call.

“Recent remarks made by the founder of the pizza chain Papa John’s are offensive, hurtful and unacceptable and do not reflect the core values of NKU,” NKU President Ashish Vaidya said in a July email to campus.

In-house dining service Chartwells replaced Papa John’s with Best Pizza in the Student Union, which opened at the beginning of the semester.