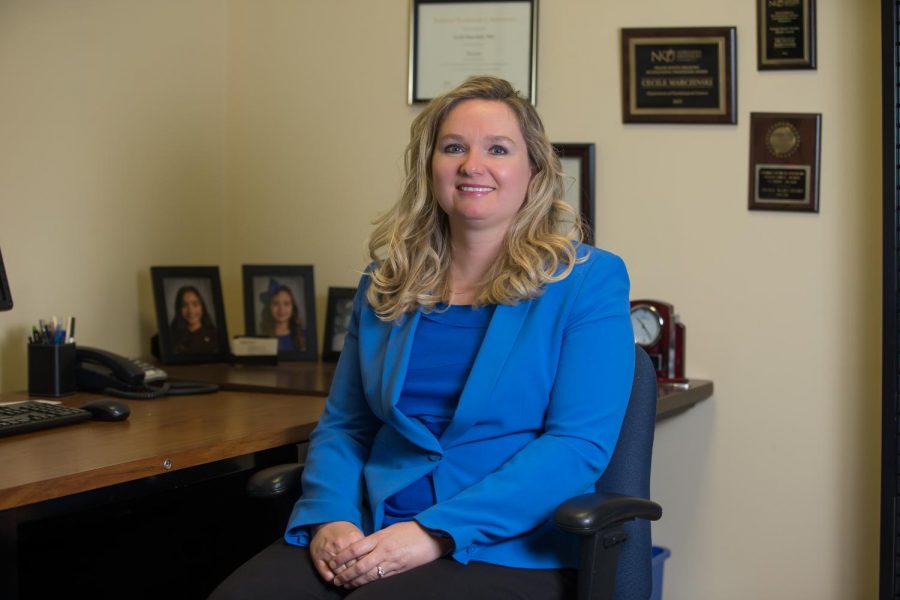 According to the 2015 National Survey on Drug Use and Health (NSDUH), 15.1 million adults ages 18 and older has had an alcohol use disorder.

Dr. Cecile Marczinski, regents professor of psychology at NKU, says drinking young can increase the risk of developing an addiction to alcohol.

“A lot of times they’ll try these substances before the age of 21, and so that loss of control occurs relatively easily because that part of the brain doesn’t really function that well to begin with,” Marczinski said.

In the U.S., the legal age to drink is 21. According to Marczinski, this is because findings show that the part of the brain involved in self-control isn’t fully developed until that age.

Marczinski said that alcohol can negatively affect a college student’s ability to perform to their aptitude. Those who partake regularly are more likely to underperform.

“They tend to have lower GPAs, be on academic probation, drop out of school or they’re asked to leave for a period of time because of their academic performance,” Marczinski said.

Regents Professor of Psychological Science Dr. Mark Bardgett said that people can become addicted to alcohol because of the side effects.

“In some folks, they may become sensitive to alcohol,” Bardgett said. “It really relaxes them…and they seek that out again, versus other folks where they’re like ‘It had some effect, but nothing too great.’”

Alcohol increases the reward the brain experiences, making it more alluring to people, according to Marczinski.

She said that there are many factors that can contribute to an alcohol addiction, including genetic predispositions. If family members drink, it often predicts the behavior of their kids.

Other factors include experiencing a traumatic event and stress or poor coping skills, according to Debra Bryant, assistant professor of nursing. Or, she said, they just like it.

“It becomes their coping skill. So, instead of developing healthy coping skills, it’s ‘man, I’m stressed. I need to have this cigarette or can of beer,’” Bryant said.

Bryant said that people can become dependant on alcohol because the neurotransmitters in their brain begin to crave it.

“And then, once that habit forms, it becomes an addiction. Your body starts to crave it. They get jittery,” Bryant said. “They get sick if they don’t have it. One drink, just one drink of alcohol can make you more likely to do things that you wouldn’t do if you were sober…Neurologically, it dulls your senses. Physiologically, your motor skills are impaired.”

She also said that alcohol can affect the heart and liver, also increasing the risk for high blood pressure and stroke.

Bardgett said people might use alcohol to avoid feeling depressed, rather than using alcohol to feel good, adding that someone who starts drinking in the afternoon might have an addiction.

Marczinski said there is criteria to help determine if someone has an alcohol addiction.

“You wake up in the morning and you need a drink or you find that you can’t manage your life responsibility—like going to school or looking after children,” Marczinski said.

“There’s a variety of different criteria that tell you that this person’s use has gone beyond just use of the substance, but they’ve also lost control of their use.”

As a hypothetical example, Marczinski said that if someone invites their friend to a dry event and they’re not interested because there will be no alcohol, then this may be a sign of life revolved around alcohol (and, a sign of an addiction).

Bardgett said behavioral patterns can be an indication of an alcohol addiction.

“They’re not showing up for work. Maybe there are people who always show up for this social group or they always go to church and now they’re not going,” Bardgett said. “Those are some of the big signs that something is up.”

If people want to break an addiction, Marczinski said they need to change their behavior.

“With any behavior change, it’s challenging. You have to figure out ways to change your environment,” Marczinski said. “You might choose to hangout with people who don’t drink at all or drink less.”

Sources for recovery might include seeking professional help, medication, inpatient treatment or tracking alcohol consumption, according to Marczinski.

“Part of that would be not only tracking your drinking, but why,” Marczinski said. “Why did you have four or five drinks on this day? What were the factors that led you to consume too much?”

Bryant said that drinking in the U.S. has become socially acceptable.

“They want to celebrate. We’ve made alcohol socially acceptable for celebrations. It just becomes the comfortable thing. People don’t think twice if you go out to a restaurant and you have a beer or a glass of wine. It just becomes a cultural thing,” Bryant said.