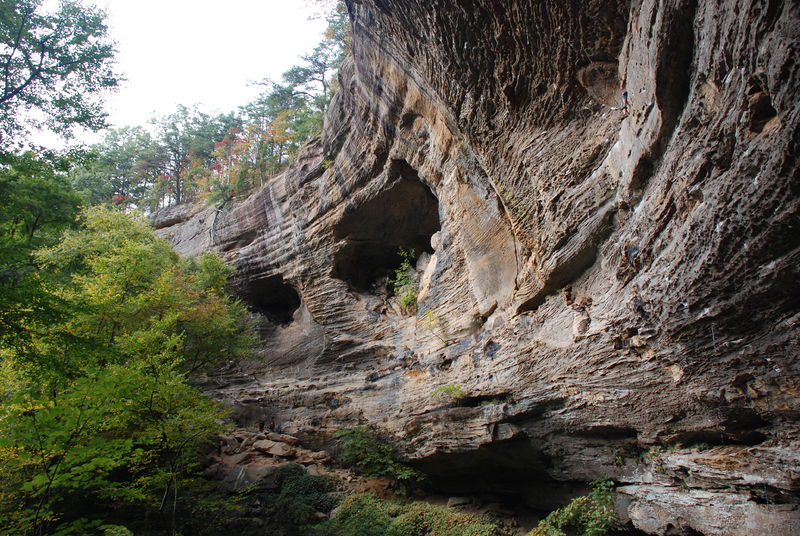 Carlos and friends were camping at Red River Gorge during spring break.

A Northern Kentucky University student was killed in a fall while on spring break at Red River Gorge Tuesday evening.

Luis Fernando Carlos, 20, was killed in a fall from Whistling Arch around 7:30 p.m., according to the Wolfe County coroner. The Wolfe County Search & Rescue Team called the coroner at 9:14 p.m. after finding the body.

According to the team, Carlos’ friends called 911 from an overlook on the Whistling Arch trail. His body was found approximately 150 feet below.

Carlos was an NKU student, a member of Pi Kappa Alpha and a multicultural mentor, according to NKU Director of Public Relations Anna Wright.

“The chapter was saddened to learn of [Carlos’] passing following an accident during a camping trip in the Red River Gorge area while on break from the university,” said a Tweet posted by NKU’s Eta Rho chapter of Pi Kappa Alpha, noting that they would hold a memorial service for Carlos after students return to school.

“* Avoid camping near the edge of cliffs. You may be closer to the edge than you realize.
* Alcohol and cliffs don’t mix! If you drink, avoid getting close to cliffs.
* Foot travel after dark is not safe. If you must travel after dark, stay in familiar areas and use a flashlight.
* Plan to arrive at your destination before dark.
* Watch your footing when walking near cliffs. Trees and bushes can’t be trusted to hold you if you slip.
* Watch your children carefully, and keep them close to you at all times. Don’t let them run.”