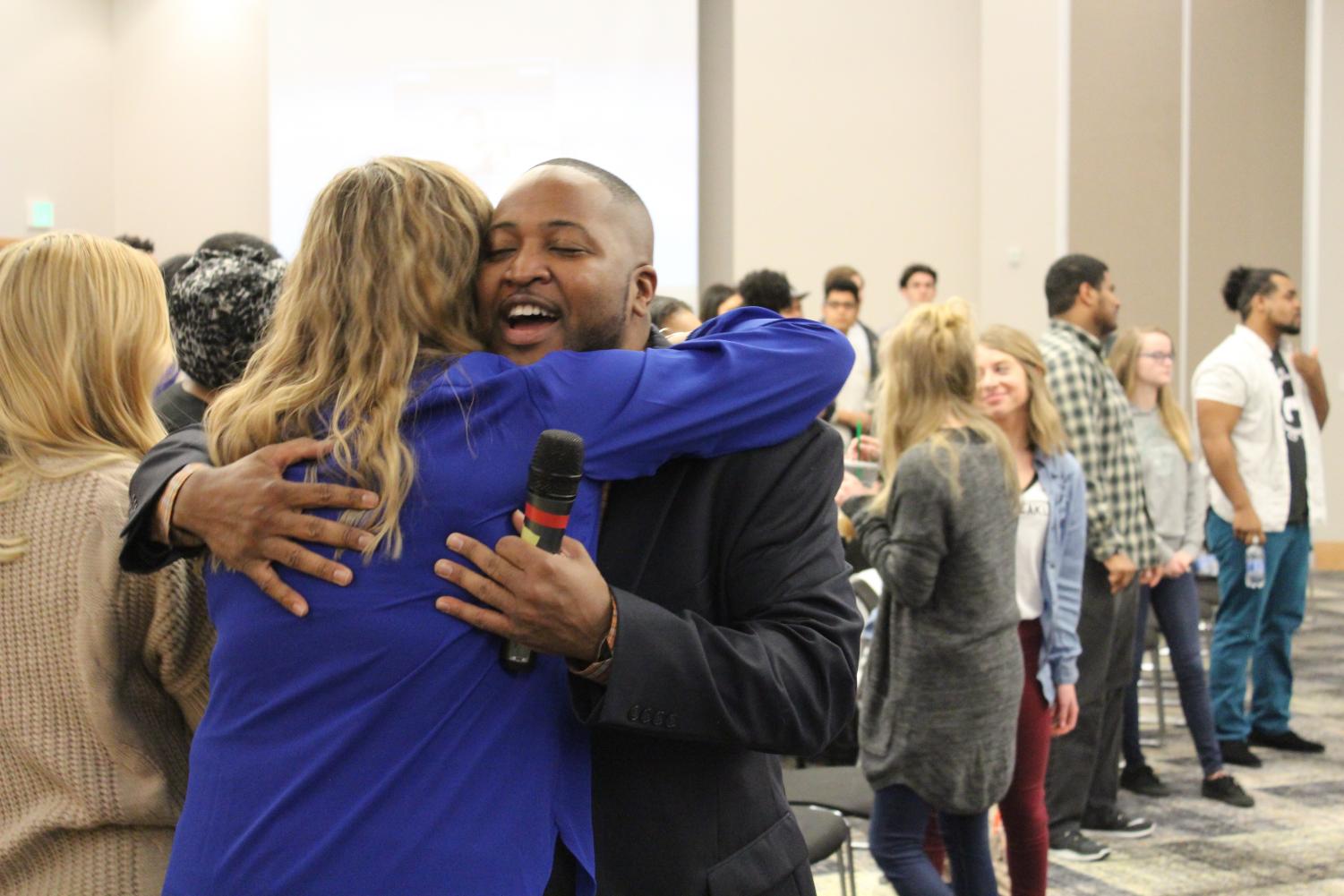 Nick Jackson hugs an attendee at NKUnity in the Student Union. (Photo by Sam Rosenstiel)