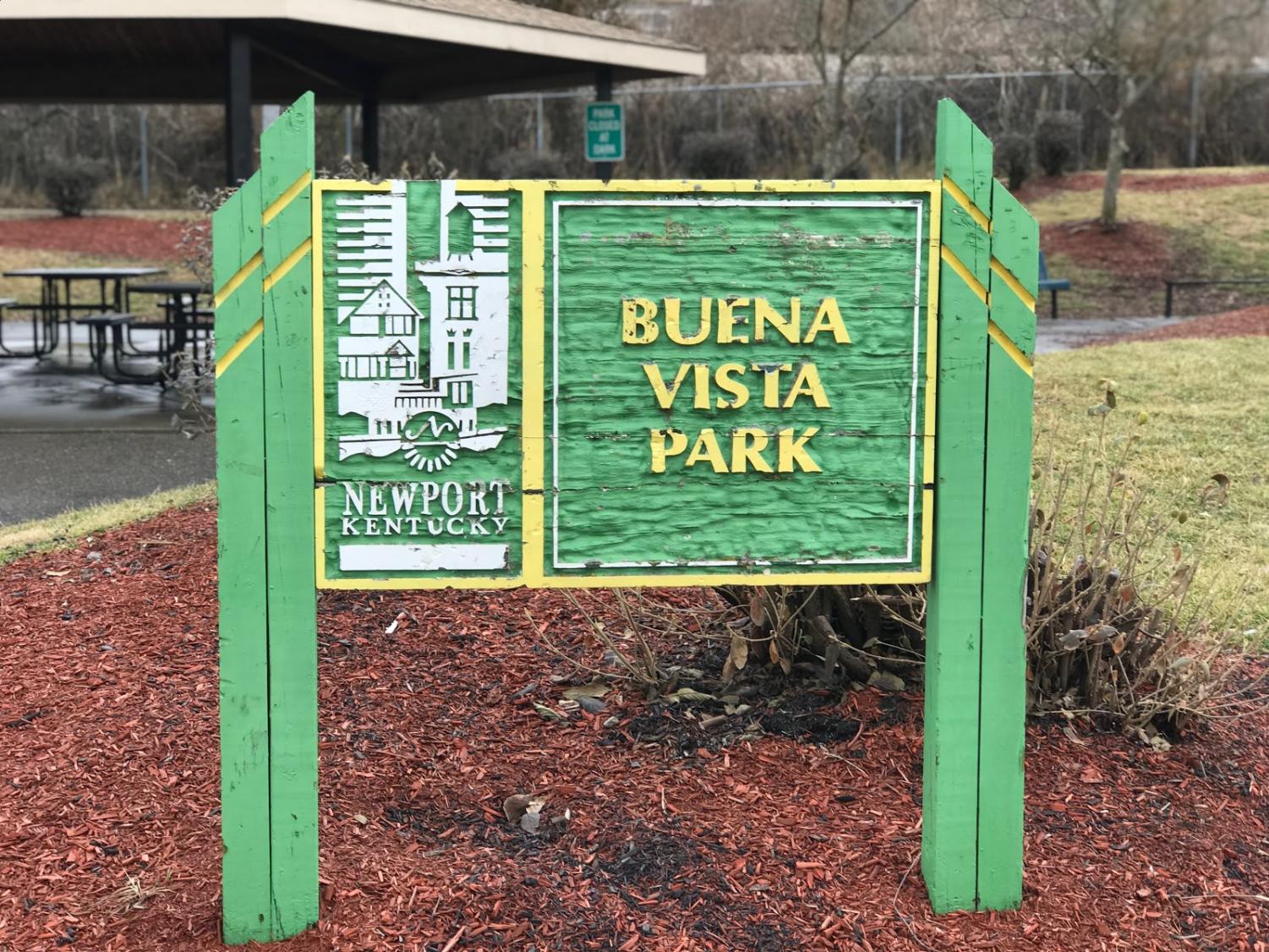 Buena Vista is located between 7th and 12th street in Newport, KY.

Chris Harris sits at his desk in a swivel chair. Next to the office’s door, poster board presentations are filled with maps and pictures of Newport’s historic districts. He’s the assistant historic preservation officer of Newport, and part of his job is to help districts get on the National Register of Historic Places.

According to the Newport Historic Preservation Commission, guidelines are in place to ensure that buildings in the area meet specific criteria. Newport’s next historic venture is taking place in Buena Vista, an area that falls between 7th & 12th Street.

“Really nothing is limiting [Buena Vista], it’s just a matter of doing it,” Harris said. “Funding, a lot of its funding. We are going to apply for a another grant to pay for getting Buena Vista area listed on the national register of historic places.”

This is where NKU comes in, green thumbs extended like hitchhikers’. The Ecological Stewardship Institute (ESI) has received multiple grants and plans on seeking more for what they’ve deemed a strategic depaving project.

“We wanted to put a research project together,” said Kirsten Schwarz, director of ESI and associate professor of biology. “Our first step was to reach out and survey the community on what they thought the most significant environmental issues were, and to rank what we consider known environmental issues in the area. The two things that popped up were water quality and green space.”

Strategic depaving is a national movement where communities are turning vacant lots and other properties into living green spaces for community enjoyment. Depave, a small, all-volunteer organization based in Portland, OR is a prominent example of this movement  and embodies the ideals of social consciousness about urban environments and their interaction with nature.

The unique nature of ESI (pronounced “S-E” by most), brings academic clout to the table. ESI’s mission statement even mentions its interdisciplinary nature. This is something that Kristy Hopfensperger, director of the environmental science program, finds special.

“What is really interesting about the idea of ESI and how it evolved was that there’s people from all these different disciplines on campus that care about environmental topics and that, you know, a project might benefit from having different perspectives work together,” she said.

Hopfensperger, Schwarz and the rest of ESI have already procured two grants that were published earlier this month. With this money, they can fund community and student engagement; however, Hopfensperger said funds are scarce and the hunt for resources never ends.

The hope is that the project is seen as applicable to other areas of Newport, not just Buena Vista. Hopfensperger and Schwarz are still submitting proposals for funding and have recently sent one out for the EPA P3 Grant, a grant of up to  $15,000 that would allow students and faculty to present the project in Washington, D.C.

Student engagement has been a core part of the mission they are undertaking.

“We’re really hoping to get students from all different disciplines across campus involved on the project,” Schwarz said.

It’s all about community

Though Harris doesn’t believe this will make or break Buena Vista’s application to the national register, he does think that it’s an invaluable service that can do a lot for the community.

“Green space is valuable for the people within the neighborhood too,” Harris said. “Not just for them to walk their dogs to, it just kind of brings up the entire moral and health of the community. Instead of looking at a lot full of cinder blocks you’re now looking at a nice park-like setting.”

Schwarz, Hopfensperger and the rest of ESI were looking at the daunting task of taking inventory of all of Newports vacant lots, but Newport had already done some of the leg work.

“As part of that process of applying for historic district status, they’ve done a full inventory of all the vacant properties in the neighborhood,” Schwarz said. “That’s a really good starting point for us in terms of being able to identify what properties are available.”

Thanks to a generous grant from the Kentucky Heritage Council and The National Parks Service, the City of Newport’s project was funded. With the surveying process already complete, ESI can focus on community engagement in the form of charrettes: think of it as a community meeting.

“In my mind, if we take one property and work with the community to create a space that works for them but also makes the environment better, that can serve as an example for us to do more,” Hopfensperger said. “I think what will be important is what we will do on that first property, and probably more important than what we do with the property itself is the communities experience with working with us.”

Though Schwarz, Hopfensperger and the rest of ESI are still in the planning stages of this project, the future looks bright. This just might be what sets Northern Kentucky on a cleaner and greener path for a generation.