Suspects at large after robbery near University Suites 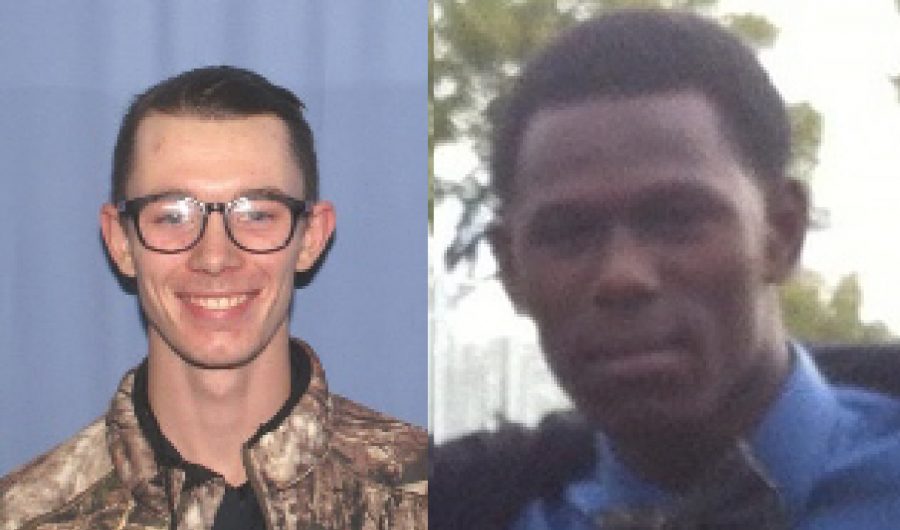 Jacob Michael Toadvine (left) and an unknown man (right) are suspects in an alleged robbery in Lot U.

Two suspects are at large after a robbery in Lot U near University Suites.

University Police say a victim reported being threatened by an unseen weapon after the suspects gave them fake cash for two pairs of shoes.

In a campus-wide timely warning email, University Police identified one of the suspects as Jacob Michael Toadvine. The identity of the second suspect is unknown.

A victim said he arranged to sell two pairs of shoes to Toadvine and the unknown suspect. After the victim refused to get in the suspects’ car, Toadvine gave him an envelope filled with fake cash.

“The victim states the second suspect then lifted his shirt and motioned towards his waistband implying that he was armed – though no weapon was shown,” according to the timely warning.

The suspects drove away in a black Chevrolet Blazer.

Anyone with information on the incident or the suspects is encouraged to call University Police at 859-572-5500.

University Police offered these tips on how to stay safe during a robbery:

While nothing is failsafe, here are some suggestions everyone may want to consider(Note: the following information is general in nature and does not relate to any specific incident):