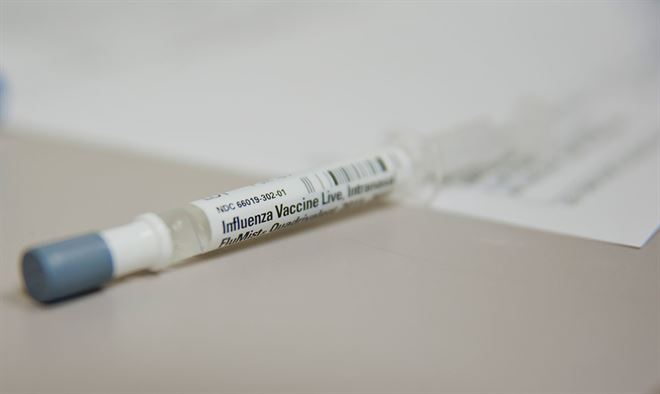 Flu concerns caused an alumni homecoming event to be cancelled.

The recent flu season hit the nation hard, and NKU is no exception. According to the Center for Disease Control, outpatient visits for influenza-like illness (ILI) is 7.1 percent, up from the national baseline of 2.2 percent.

Because of flu concerns, the NKU Alumni Association, per the advice of the Northern Kentucky Health Department, canceled this year’s annual Chili Cook-Off.

“Due to health concerns related to the widespread influenza outbreak and state health food guidelines, we believe canceling the event will protect our alumni and guests from widespread exposure,” said Amy Abrino Wylie, director of alumni programs.

The annual NKU Alumni Association event is typically held before the homecoming game as a way to bring alumni and current students together.

Even though the flu is bad enough this year to cancel an event doesn’t mean that NKU students have to worry.

Although NKU is currently out of the flu vaccine, it is available at area clinics, pharmacies and hospitals.  It is recommended that you call first, as they may be out of stock.

Influenza A H3N2 is the current strain of flu circulating, according to Kim Baker, University Wellness manager.

“It’s definitely a different strain, it seems like a stronger strain,” Baker said. “3,342 reported cases in Kentucky and 10 deaths, all adults, were reported between Oct. 1 and Jan. 27.”

The Northern Kentucky Health Department has issued a flu warning in response to this rise in health risk. As Dr. Lynne Saddler, district director of health, put it: The most predictable thing about flu is that it’s unpredictable.

“It’s not possible to say in advance precisely when the 2017-2018 flu season will peak or end, how severe it will be, or what viruses will circulate over the course of the flu season,” Saddler said. “Thus, it’s important to take steps to protect yourself and those you care about.”

The flu vaccine can only cover so many strains of the virus, and even though the flu strain A H3N2 is covered by the vaccine, the impact on the community is still negative.  There are ways Baker said could keep students safe throughout flu season, however. Among them? Washing hands.

For many college students, getting the extra sleep can prove challenging. However, if students can follow these steps then they can help keep the campus flu free.