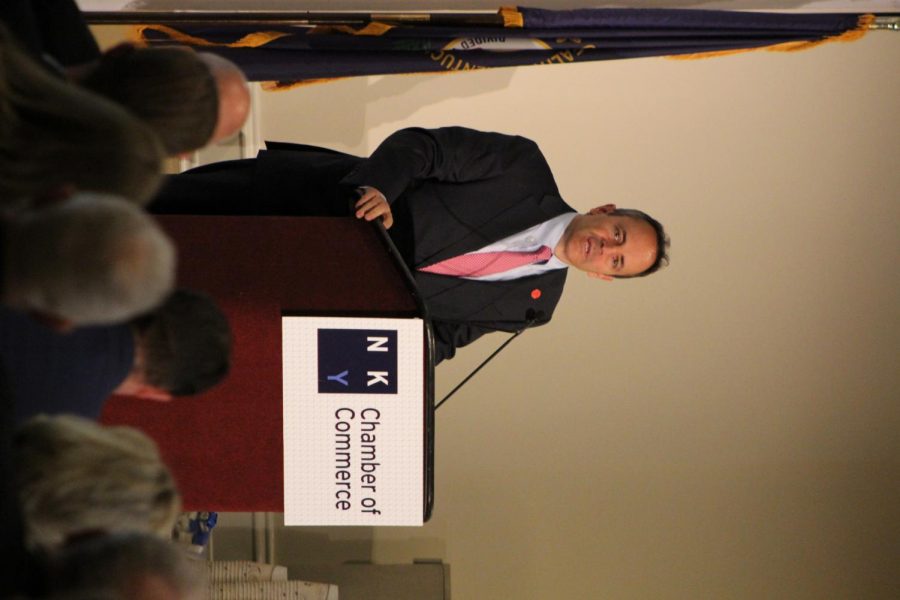 Gov. Matt Bevin said he will not call a special session on pension reform before the end of the year. At an event in Erlanger on Oct. 25, Bevin said such a session “will be this year, it will be very, very soon.”

Kentucky Gov. Matt Bevin said on Thursday he will not call a special session to address the state pension system this year, meaning discussion will most likely occur during regular legislative session starting on Jan. 2.

Bevin first indicated that he might not call the special session for state lawmakers to discuss pension reform on Dec. 11, according to the AP.

“There is nothing magical about getting it done on a particular date or a particular month or whether it is a special session or not,” Bevin told reporters at a press conference in Frankfort on Dec. 11.

“Is it still possible? Yes. Will it happen? We’ll see.”

Bevin called a recent House sexual misconduct scandal, in which former Kentucky House Speaker Jeff Hoover settled a harassment case with the help of three other members, “a reality that has to be dealt with.”

“All the shenanigans going on in the House have not helped the cause at all, they really haven’t,” Bevin said.

In October, Bevin said he was confident a session would take place by year’s end, and that he did not plan to “arbitrarily throw out a date for when it may or may not be ready” at a NKY Chamber of Commerce event.

“It will be this year, it will be very, very soon. You can use that word ‘very’ twice,” Bevin said.

Credit raters call Kentucky’s pension system one of the worst-funded in the nation, and Kentucky has just 37 percent of the funds needed to pay teachers when they retire; the average state pension system is 74 percent funded.

The Northerner reported on NKU’s rising pension obligations last month. University contributions could go from $18 million this year to $31 million in 2019.

“That extra $15 million that we pour into KERS has not provided those employees one more penny of benefit. It’s the same benefit they had before,” Amand said.

In an interview with The Northerner, Bevin said that not funding the pension system could drive education students out of Kentucky.

“If a young teacher sees that a retired teacher is no longer receiving checks, that’s a big disincentive,” Bevin said. “That’s the kind of thing that would lead to people thinking they might want to go somewhere else.”