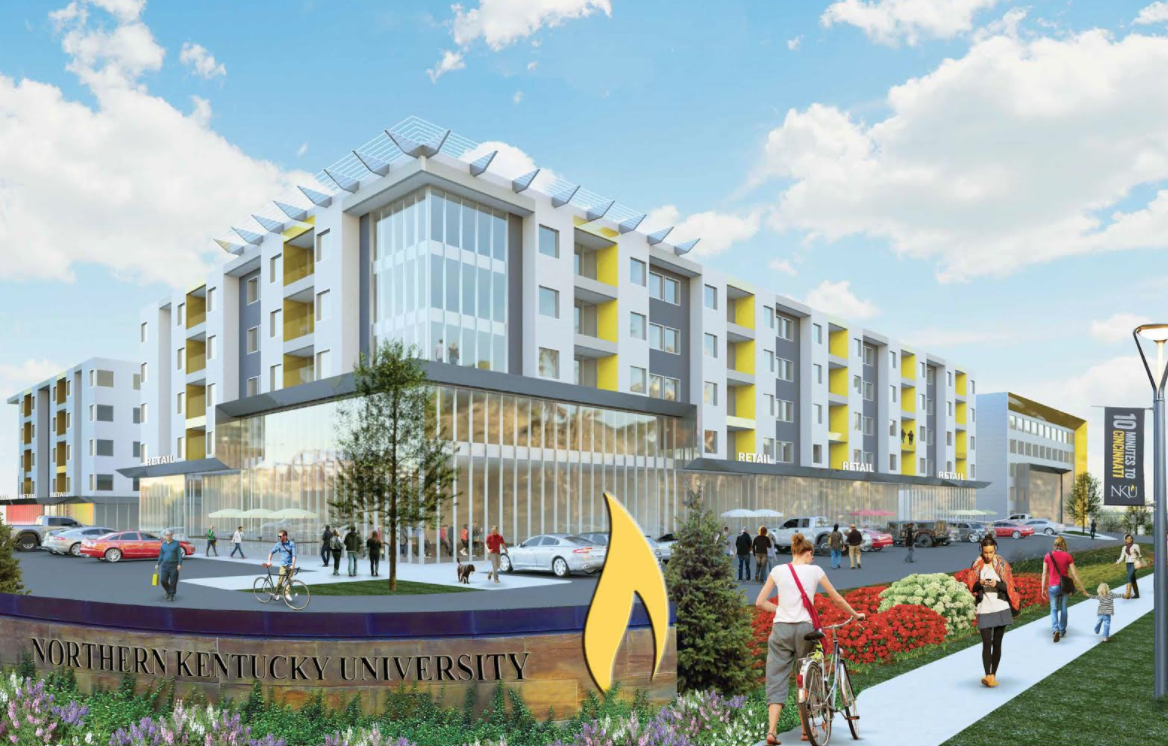 A rendering of the new mixed-use development on Louie B. Nunn Drive and US 27. (Provided by NKU)

A rendering of the new mixed-use development on Louie B. Nunn Drive and US 27.

NKU announced on Monday plans to build new amenities and medical offices on Louie B. Nunn Drive starting in mid-2018.

A “town center” project will host new restaurants, retail, apartments and a hotel, as well as new parking structures and gathering spaces on the southern side of Nunn Drive near U.S. 27.

In addition, a 70,000 square-foot medical office will host St. Elizabeth Healthcare and orthopedic clinic OrthoCincy, which will provide urgent, primary and specialty care as well as orthopedic services and physical therapy.

The projects will be led by Fairmount Properties, a Cleveland-based mixed-use development firm. The total cost of the projects has yet to be announced.

Big news! The front door to NKU will be changing! A pedestrian-scaled, mixed-use “town center” style district is being developed on the south side of Nunn Drive at the campus gateway.https://t.co/XvArijIZYF pic.twitter.com/H64QRjrcRS

“As the university has grown, our role as a true college town – it took some time to get here, but we’re here – the city of Highland Heights fully embraces that goal,” Meyers said. “The project will help further blur the lines between NKU’s campus and our city, and that is a good thing for everyone.”

“This exciting development is just one more step in St. Elizabeth’s partnership with NKU to make northern Kentucky one of the healthiest communities in America,” Bast said.

NKU expects to break ground on both projects by mid-2018, and Director of Public Relations Anna Wright said the first phase of construction could be completed in late 2019.