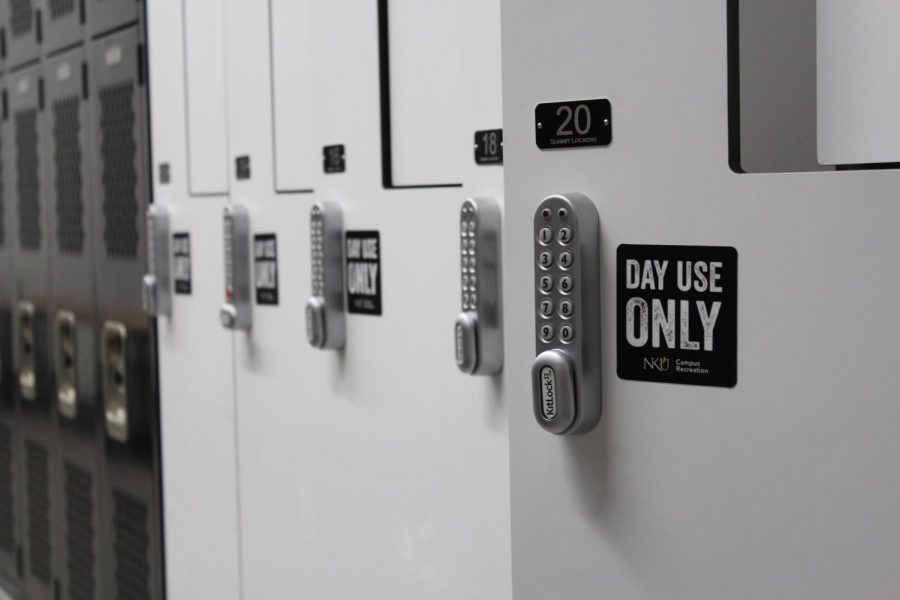 Three thefts were reported in the Rec locker rooms in November. One incident involved a new PIN code locker pictured above.

Two property thefts in the Campus Recreation Center were reported in the same week.

Three thefts were reported to University Police in November, bringing total thefts in the building this semester to 10.

On Nov. 27, Robertson had his wallet stolen after leaving it in a closed but unlocked day-use locker in the first floor men’s locker room. These new lockers are secured with a four-digit personal input code.

“I went to check that I had everything and I noticed my wallet is missing,” Robertson said. “I tore open my backpack, the locker, checked my sweatpants another three times.”

After replacing his wallet, driver’s license and AllCard, Robertson returned to the CRC on Nov. 30. Again, he put his belongings in a day-use PIN locker, but he is unsure if the locker closed properly.

When Robertson returned 45 minutes later, the locker was open and his sweatpants containing the new wallet, about $30 in cash, house keys and a key to the SOTA box office where he works were missing.

In a separate incident, several items exceeding $500 in value were stolen out of the first floor women’s locker room on Nov. 15. According to UPD crime logs, that case is still open.

“The vast majority of our thefts are when students don’t actually lock their belongings up, so that is the significant amount of them that are not locked,” McGrath said.

“We have done several thorough checks on how they function, and we have not been able to find a way to break into them short of prying them open,” McGrath said.

McGrath said thefts seem to “come in waves” around this time of year.

McGrath said the best way for students to protect their belongings is to keep them locked; he encouraged students to reach out to the equipment issue desk with questions about securing their lockers.

“We absolutely want students to feel safe in our facilities and on campus, we work very hard to make it safe for them and for their belongings,” McGrath said.

Robertson said he feels safe at the CRC and that it remains his favorite gym. However, he is concerned that this could still happen to somebody else.

“I think [CRC] is a great investment,” Robertson said. “Having said that, why is this issue of security so prevalent?”