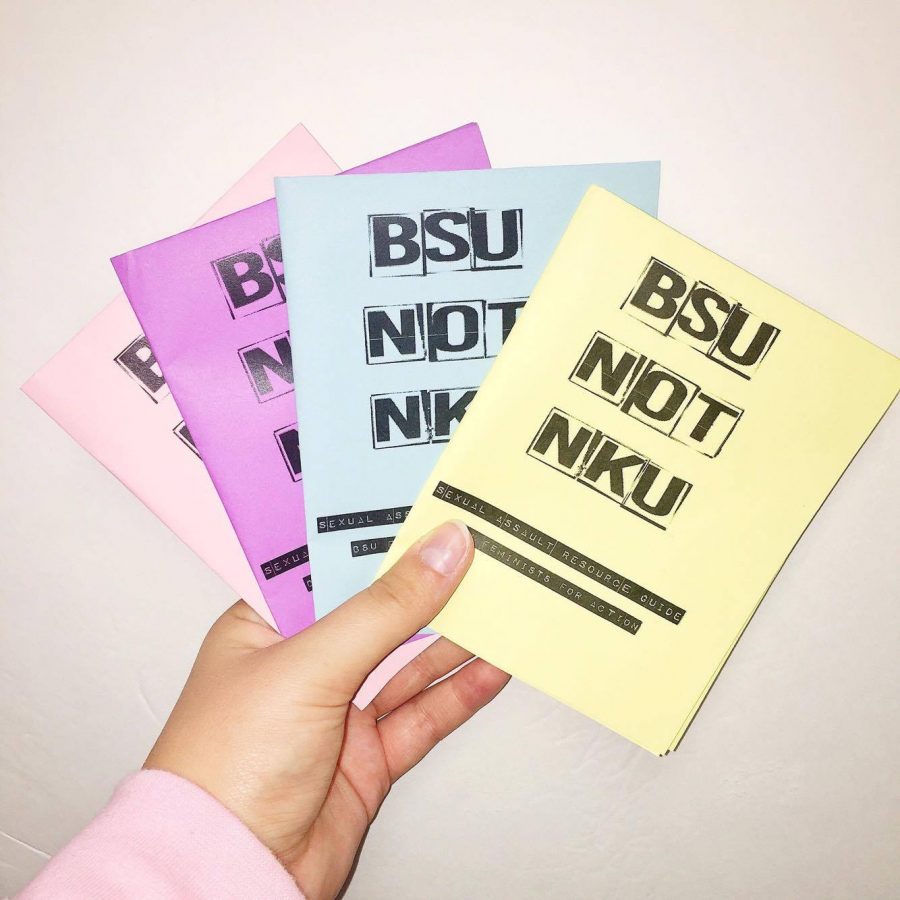 Provided by BSU Feminists for Action

Shelby Leveritt, president of the feminist organization and a native of the Greater Cincinnati area, said it was a news piece about Mearns’ handling of the trial sent to her by a friend that inspired her to print the handouts.

“He brought her to his office, and instead of addressing the problem that had happened, he asked about her grades,” Leveritt said. “Everything else but the situation at hand.”

According to the Clery Act’s 2013 update, Leveritt said, any campus authority that receives a report of a sexual assault must notify students and faculty via and email alert. She says that over the course of the semester, she’s read six of these notifications.

“We were waiting and waiting for president Mearns to say something, and he didn’t say anything,” Leveritt said. “So we decided to call him out and say, ‘hey, you can’t treat Ball State like you did this person at NKU. You have to make a statement.’”

Feminists for Action’s leaflet contained a definition of consent, resources for victims of sexual assault and contact information connected to the organization’s members.

Five days later, on Oct. 3, Mearns addressed the assaults that took place on campus, listing programs on campus meant to combat sexual violence. It can be read here.

Leveritt said that her organization is not yet satisfied with Mearns’ response, hoping that Mearns will stand behind the victim if the survivor of one of Ball State’s recent assaults decides to proceed with a legal process or a Title IX process.

“Not in a father type of way, though,” Leveritt said. “Instead of saying ‘I have daughters and a wife and that really sucks,’ he should stand behind them as a decent human being.”

Ball State is currently under investigation after a male student said the school mishandled his report of a sexual assault in May.