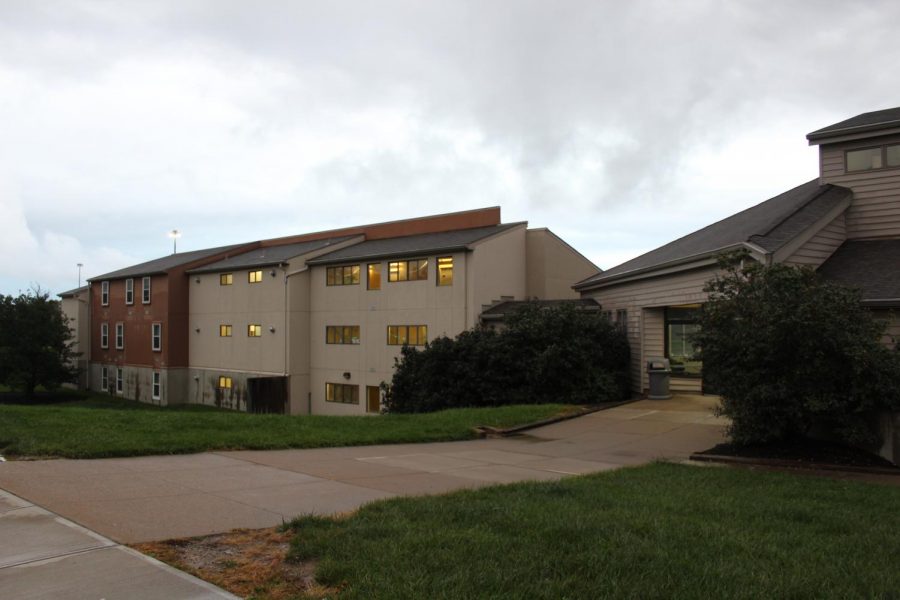 As winter break approaches, some students will find themselves in an unfortunate predicament: Kentucky Hall will be closed for renovations for an estimated six months, according to Arnie Slaughter.

Slaughter, assistant vice president for student engagement and dean of students, said the renovations will cost $2.4 million and be the start of a larger 4-5 project focusing on residence halls.

In Spring 2019, Kentucky Hall’s counterpart, Commonwealth Hall, will begin its own renovations. The Woodcrest Apartments and Norse Hall projects will take the housing options offline for a full academic year.

Renovations combined, the estimated budget is $15 million, but could change depending on enhancements and improvements.

With the goal to usher the building into the modern era, renovations will be made on the heating, ventilation and air conditioning (HVAC) system, and updating the restroom facilities with air dryers and automatic flushing.

“It comes down to a few different factors; we look at the funding source and the time frame that has the least amount of impact on students…typically for all our facilities, our fall semester is our highest occupancy in terms of living on campus,” Slaughter said.

Some students questioned why the renovation was not done in the summer, rather than having them move during winter break. According to Slaughter, the spring semester has a reduction of about 150-200 students due to students living off campus, studying abroad, graduating and possibly withdrawing. Slaughter said that if the renovation happened in the summer and was delayed, it’d spill into the start of the fall semester, which would be problematic.

Mandy Wall, current Kentucky Hall resident, voiced her concerns about the prospect of moving dorms in the middle of the school year.

“I am kind of nervous about next semester,” Wall said. “I’ve made friends with my hall and now we’re all going to be split up.”

According to Slaughter, students had received a notice in regard to the upcoming renovation. However, some students said they did not receive it, like Meridith Spencer, a Kentucky Hall resident.

“It’s very unorganized,” Spencer said. “The informational meeting is the first we are hearing about it.”

The informational meeting happened Sept. 21. Wall said she first learned of the renovations during the meeting. For Wall, and other students, concern came not from moving itself, but not knowing about the renovations to the building during the 2017-18 academic year beforehand.

“We are surprised and shocked when we picked to live here we did not know about the move,” Wall said. “I would have chosen somewhere else to live, so I wouldn’t have to deal with this.”

As winter break approaches, the current residents of Kentucky Hall are anticipating the move. According to Spencer, people on her floor are frustrated and not sure what to expect.

“Kentucky Hall is one of the oldest residence hall, so as far as renovations go, I think they picked a good place to start,” Block said.