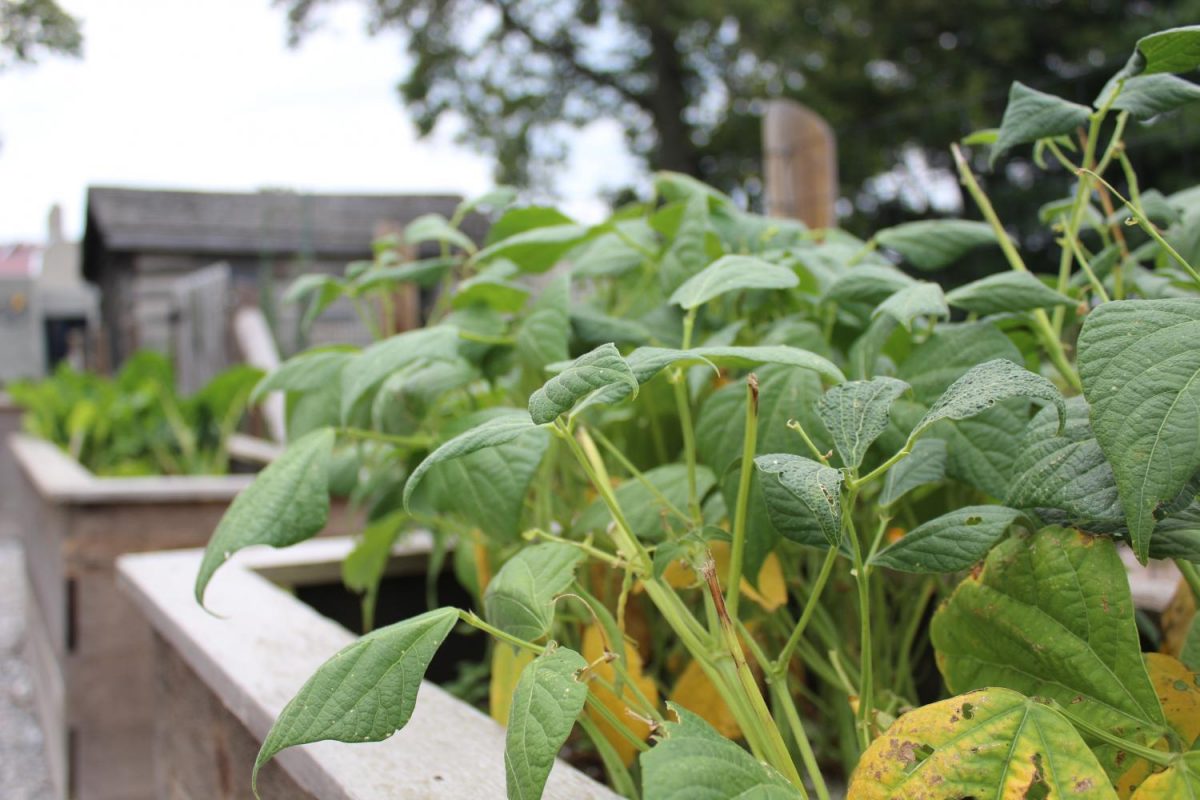 As NKU’s environmental sustainability manager, Tess Phinney has her hands in a lot of bins—both literally and figuratively. As part of a sustainability strategy that stretches between 2017 to 2022, she’s been working toward ensuring NKU has a zero net carbon emission by 2050.

The most noticeable change came from the Environmentally Concerned Organization of Students, (ECOS), who helped bring a formal recycling program to campus in the early 2000s. Since then, the initiative has evolved and the Office of Sustainability has played a larger role. Their involvement has aided in piloting a single-stream recycling program in offices all over NKU.

After seeing success in an office environment, the pilot has now been extended to the Mathematics, Education, and Psychology Center–slowly bringing NKU up to standards with many other campuses across the country.

Another big player in campus sustainability concerns what students do with the environment. The community gardens located on campus and around the community are an example of this effort.

“Students, faculty and staff can all rent garden plots and grow their own fresh organic vegetables,” Brown said.

These three community gardens are have been maintained by the university and the community at large for years, providing a free and enjoyable opportunity for many people.

Varying a bit from a traditional garden, NKU has also declared a total of 4.8 acres of land as “no-mow zones”. The most visible of the four areas is located just north of the Honors House.

“That specific area was seeded with wildflowers,” said Phinney. “I don’t know what it looks like right now but I’ve seen a picture more recently of it. It looked gorgeous.”

The remaining areas are intended to have a long grass look that may lead to the construction of birdhouses during next year’s Earth Week festivities.

These low-visibility areas will be allowed to return to nature–a move that, according to Phinney, helps make NKU’s fleet of riding mowers more efficient and get to those higher-visibility areas. Not only is it more efficient, but it will help further reduce Facility Managements’ carbon emissions.

In an effort to get more traction on campus, the Office of Sustainability submitted a grant intended to help form an EcoReps program, similar to those used on other campuses around the country.

“It’s more of a peer-to-peer education that’s going to be happening in the residence halls,” Brown said. “The people that will be working are kind of performing a job similar to that of an RA but with more environmental awareness in mind.”

Programs like this can help foster a culture of sustainability, starting in the residence halls and eventually spreading to all corners of the campus.

To help further the conversation around sustainability, NKU will recognize the month of October as Campus Sustainability Month. This was something first done by the Association for the Advancement of Sustainability in Higher Education (AASHE) in 2015 after having seen a lot of success. NKU will be hosting several events, including a local documentary on 10/10, a climate change forum on 10/24 and a thrift shop on 10/26.

According to the NKU Sustainability Strategy, AASHE helped set the groundwork for how to approach these type of improvements. This type of groundwork is intended to be a living document that is discussed, refreshed and redrafted every five years as NKU moves to zero carbon emissions by 2050.

With October on the horizon, it could be time to hear what students have to say about sustainability through action rather than words.