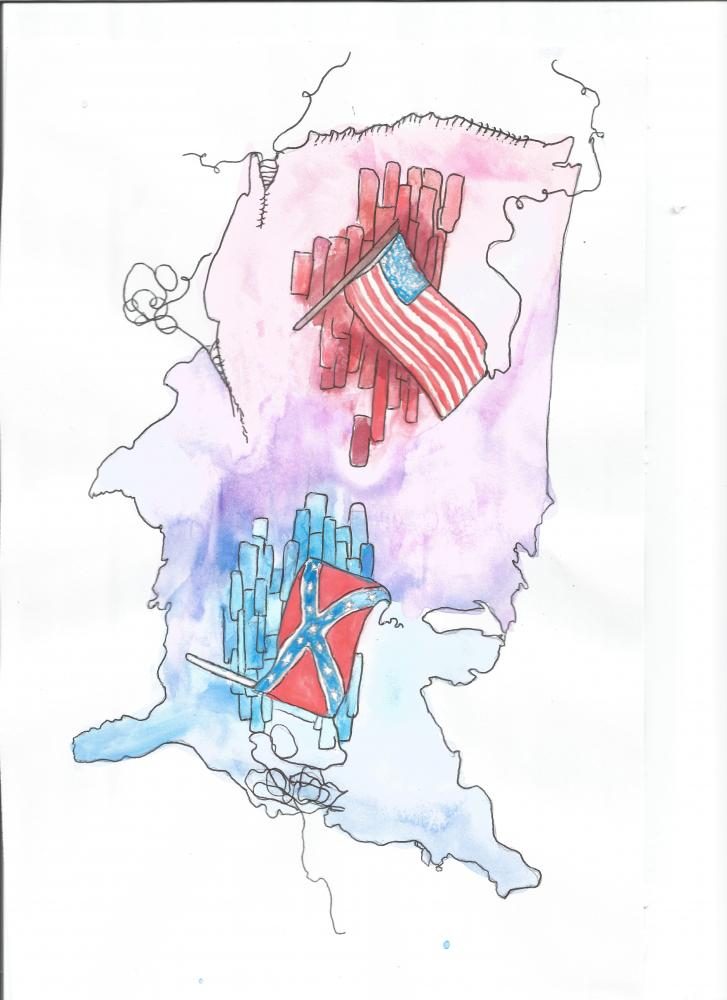 Bridging the gap: The search for unity

Exploring the history behind Confederate statues and their societal impact

With a United States history that displays itself more like a mosaic than a melting pot, our roots are all planted in different paths based on our races, ethnicities and backgrounds.

“The question becomes–when your history collides with someone else’s–meaning if they have a different history based on where they were born, how do we bridge that gap?” Dr. Eric Jackson, professor of history and director of the black studies program at NKU, said as he touched on the complexity of racial issues in the United States.

As events like the violence in Charlottesville unfold, the gap in question becomes more apparent, though it’s not isolated against a centuries-long debate grappling with race, systematic oppression and cultural significance.

The debate of what to do with statues commemorating Confederate soldiers is one that calls to preserve history, but also the enslavement and oppression it represents.

“The people who support leaving the monuments where they are are resisting doing any kind of reinterpretation,” Dr. Brian Hackett, professor of history at NKU, said.

Hackett went on to explain the idea of the “Lost Cause of the Confederacy”–the romanticized idea in history that the Confederate cause was a heroic struggle of the South fighting for their rights–despite the fact that they were fighting to keep people enslaved.

Hackett said he believes that leaving the monuments where they are with no frame of reference glorifies and perpetuates a myth: the idea that the Confederate soldier was somehow more noble than the Union soldier. By placing them in historical context, Hackett said, we can understand all sides of history and learn from them.

Hackett also said he believes that a big problem in the United States is a rejection of what slavery really was in attempt to justify the actions of our ancestors.

“I hear people say, ‘Well my ancestors owned slaves, and I’m sure they were very nice to them. And they loved them like family.’ There is no place you can go and say slavery was a good thing,” Hackett said.

Dr. Danielle McDonald, professor of criminal justice at NKU, also acknowledged the lack of acceptance of what racism really is in America today.

McDonald said that the argument–particularly from the older generation–is that racism isn’t what it once was. The events in Charlottesville showed that elements are still here, she said, and that it hasn’t yet faded.

“We’re seeing that racism is still an issue and that we have to deal with it, whether it’s overt in the sense of you have the people protesting in Charlottesville screaming hate, or it’s under the radar, in that it’s implicit bias. People not even being aware that they’re treating one another differently even though they actually are.”

McDonald said she believes these issues help bring discussion to the forefront and cause people to act against what they don’t believe in.

“These incidents are helping people within the white community say, ‘I can’t pretend this isn’t happening anymore. I have to get involved. I have to speak up when I hear somebody do something that’s inappropriate,’” McDonald said.

While McDonald thinks the issues are being spoken about more, Jackson said he believes that since we refuse to have tough conversations, these events won’t make us deal with the issue of race any more than we already have.

“It’s just one of those agitating issues that people don’t want to deal with because you can’t hide your true feelings about complex issues of race,” Jackson said.

Jackson went on to say that, in addition to the United States’ reluctance to have racial discussions, we are always focused on the “next thing” while dealing with ramifications of a new event instead of focusing on the current one. According to Jackson, that “next thing” is Hurricane Harvey.

In a nation that refuses to talk about race, Jackson said, the events in Charlottesville acted as a spark that ignited the racial tension which continues to sit under the surface.

“The crux of the matter is, you have a nation that’s been scarred by race and racism from the beginning of its inception, and you don’t want to deal with that discussion from the beginning,” Jackson said. “And so all of this other stuff is just manifestations of that scar we have as a nation.”

McDonald also said she believes having a conversation about race–even if it’s uncomfortable, particularly for white people–is the biggest way to make an impact.

“Because we have the privilege of our race, it’s easy to hide behind that and say, ‘I have black friends,’…that’s not enough anymore. To be silent is to be complicit,” McDonald said. “So it’s up to everybody to stand up and speak out against what they see.”

“With my son I’ve had very open conversations about this,” McDonald said. “You have to do it in a child friendly way, but to talk to our kids about what’s going on means that as they grow up, they’re aware of the issues and they can come up with the creative solutions for the future.”

Jackson went on to talk about his role as an educator, and the hope he holds for the future.

“You’ve got to have hope. Because if you don’t have hope, what do you have? I can’t do the negative thing,” Jackson said. “And my role is, at least in my opinion, a person who teaches not as a profession, but as a calling, I’ve got to leave a legacy that makes society better. Not the same, and heck not worse, but it’s got to be better, if nothing else. Because if I’m not doing that, then what am I doing?”