Chair of the Board of Regents discusses presidential selection plan 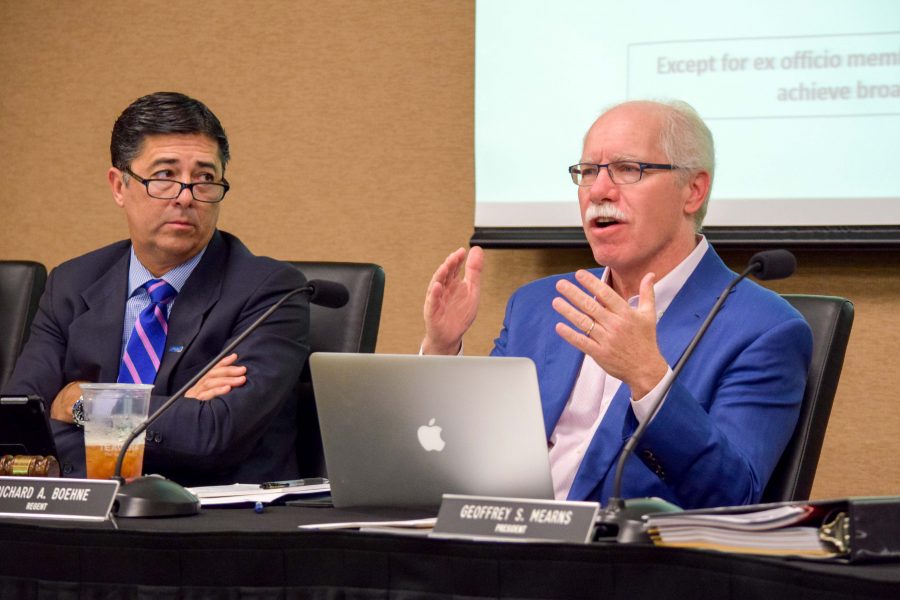 While a decision hasn’t been reached, Boehne said, there is more to come soon.

As we say farewell to Geoff Mearns, the community opens its doors to a new leader and opportunities. Rich Boehne, chair of the NKU Board of Regents, said that the search committee is estimated to reach a decision in early fall, though he can’t ascertain an exact date.

While Gerard St. Amand sits as NKU’s current interim president, the search committee continues to work in search of a new permanent president.

Boehne said that, while the committee is still operating on the same timeline as before, they always have the ability to return to the “well” of candidates who have shown interest, should something go wrong.

“I would say there’s strong interest in the job,” Boehne said. “The university has a good reputation, and when you look at the success over the first fifty years, it attracts pretty good talent.”

Looking back on the talent it has attracted in the past, Boehne said he sees a lot of similar qualities among the past presidents, though they’ve all brought different things to the table.

“There has not been a president yet that said, ‘I think I’ll sit on the lead.’ They’ve all moved ahead, and I think that’s what we would be looking for again,” Boehne said.

“I think our previous presidents have all demonstrated boldness, an entrepreneurial nature, a willingness to change and expand and grow. The only thing you know is that no one person has all skills.”

With no person having the complete ability to be the “perfect” president, Boehne said what’s most important is someone who will lead the students.

“The one thing a president has to do very well is to be a good team builder. And understand what skillsets are needed across campus,” Boehne said.

As far as next steps in the process, Boehne said the search committee is continuing to narrow down its selection and start conducting face-to-face interviews, and reports that as far as the process goes, “so far, so good.”

“If you’re in a position like mine, I guess you always have some fear that you’ll advertise a job and no one will apply. But that has absolutely not been the case. We’ve had pretty good interest.”

While the NKU community is saying goodbye to President Mearns, Boehne said he thinks the shift to a new president is always an opportunity to move forward.

“Regardless of what kind of job the previous person was doing, and Geoff Mearns was doing an outstanding job, but transition is always an opportunity to take a deep breath, take a look what matters most, what do we think is most important for the next stretch,” Boehne said. “Provided we can align that with finding the right candidate, it’s an opportunity.”