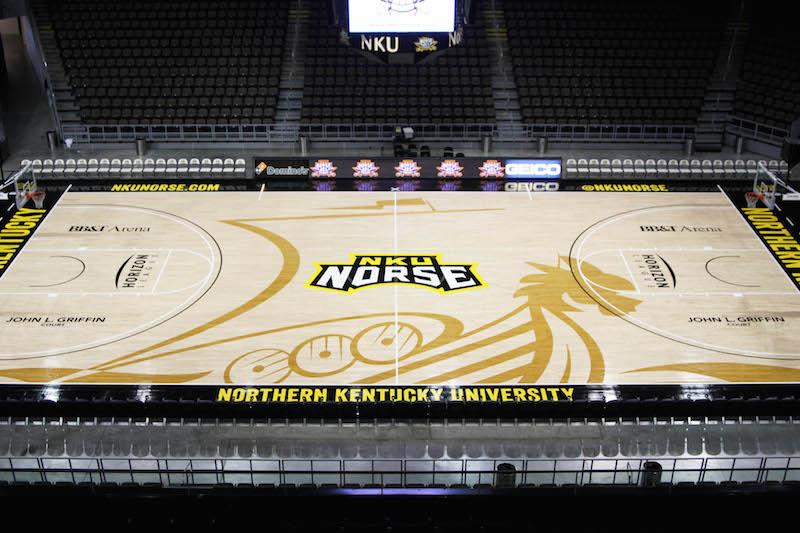 Northern Kentucky Athletics has partnered with Matthew 25 Ministries to collect donations for the victims of the damage caused by Hurricane Harvey.

While they will accept any item that is on the Matthew 25 donations list, the department would like donors to focus on non-perishable food items, water bottles and first-aid materials.

In addition, assistant athletic director for communications Bryan McEldowney said that the athletic department will also be sending over 200 extra Adidas shirts to Texas along with the items donated from the community.

The campaign originally started with just student athletes, led by sophomore volleyball player Kelly Turner, who were looking for a way to help out.

Each of the sports teams took a different donation category from the Matthew 25 list and focused on collecting that item.

After several tweets showing what items the student athletes had brought in, several administrators inquired about opening the campaign to the whole campus, according to McEldowney.

“I think it’s awesome our student athletes came up with something to help out and that the whole campus wants to get involved,” McEldowney said.

The athletic department is hoping to deliver the donations to Matthew 25 Ministries around September 13.

In response to a tweet sent out by University of Houston men’s basketball coach Kelvin Sampson, Norse basketball coach John Brannen also sent 20 shirts and 10 pairs of shoes to Houston to help with the relief effort.

The athletic department is hoping to deliver the donations to Matthew 25 Ministries around September 13.