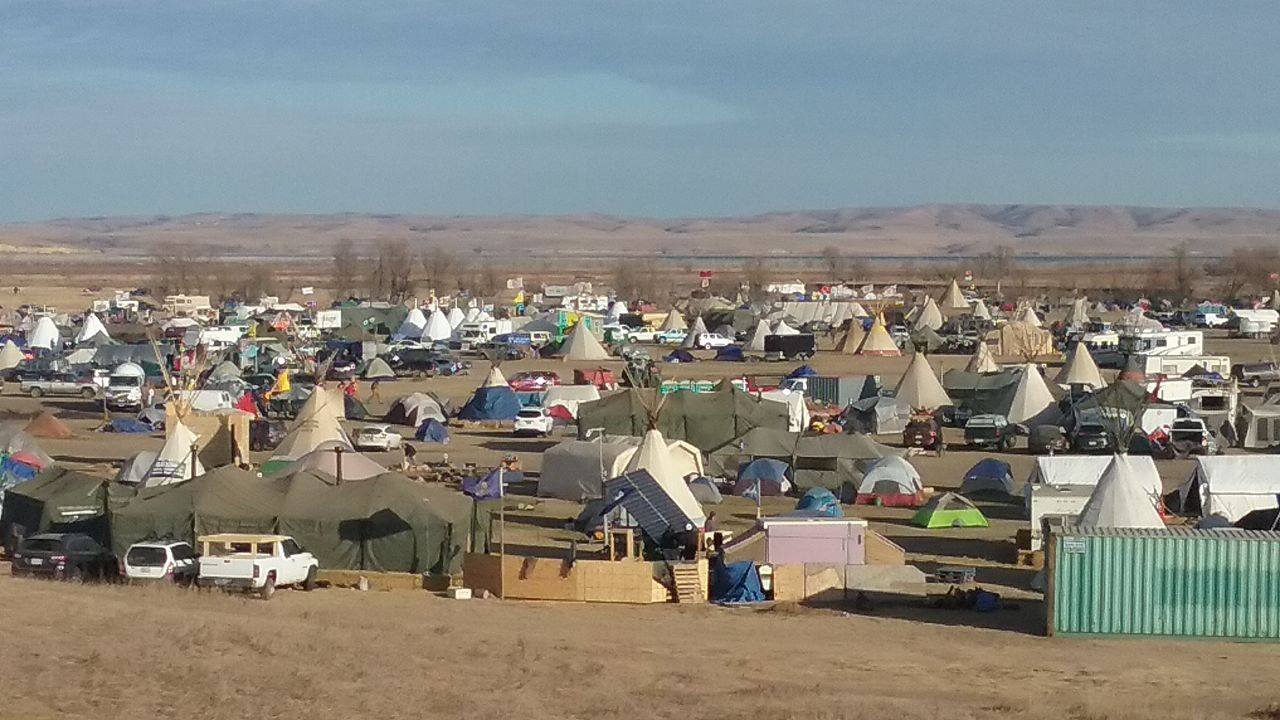 Protesters shared canned beans around small fires. Though mostly strangers, they performed prayer ceremonies as if they were family.

NKU grad student Rachel Ellison recalls the distinct smell of burning tobacco as she set up camp among the colorful sea of tents.

“At one point, a girl I didn’t even know grabbed my arm and we walked together, arms linked.

It was a beautiful atmosphere of everyone working together,” Ellison said.

Although Ellison remembers moments of solidarity, it was the split opinions and tension that drew her to the protest in the first place.

She traveled to Cannonball, North Dakota to protest the Dakota Access Pipeline, a pipeline that would transport crude oil through what the Sioux tribe say is sacred land.

Ellison, her brother Alan Seifert, and friend Gina Shenefelt took first aid, personal hygiene and food items to protesters on Nov. 17 when they camped with thousands for three days at Oceti Sakowin.

“This is a warzone”

Faint chanting woke Ellison out of her chilled slumber. Frost stuck to her hair as she lifted her head off her pillow. Disoriented, her ears strained to hear the repeated cries.

Then she remembered where she was.

The night before, beams of light blasted the camp, flooding into tents as protesters attempted to sleep. They said blinding lights were just one of the tactics used by the Morton County Sheriff’s Department to weaken protesters.

Seifert said he is outraged at the tactics being used against pipeline protesters.

“This is a warzone,” Seifert said. “I met and lived with these people, and I can tell you first hand that they are peaceful, prayerful, and they are there to protect the environment.”

Seifert participated in the protest in Cannonball because he heard reports protesters were being treated poorly.

“We began hearing stories about non-violent protesters being locked in dog kennels and their camps being set on fire to make way for the construction crews,” Seifert said. “Rachel was the one who made the decision to go. I knew that I couldn’t let her go without me.”

Ellison said people were not allowed in the camp if they had weapons of any kind while she stayed at Oceti Sakowin and firearms were explicitly prohibited.

Shenefelt agreed that the protests and marches were nonviolent.

“We had a moment of silence as we walked in solidarity. I can’t understand why the police are being so brutal towards a non-threatening group,” Shenefelt said.

Shenefelt believes the proposed route of the pipeline is unsafe, as it could contaminate Sioux drinking water.

“Why don’t we care more about the health of indigenous people,” Shenefelt said.

That’s why Shenefelt and thousands of other protesters called themselves “Water Protectors.”

Despite the efforts by police to discourage the protesters, Shenefelt said everyone continued to have a positive disposition.

“Every single protester we encountered was so kind and patient,” Shenefelt said. “Being back to my own life, everyone is complaining or unhappy.

“Yet we were staying with people, in freezing conditions, fighting to keep their water clean and their ground sacred, who still had a better outlook on life.”

Ellison said she understood the risks while protesting, but she said being a water protector was well worth it.

“For me, I knew there was a chance we could be arrested or hurt, but it was so easy to put those fears behind me to join with a cause I wholeheartedly believe in,” Ellison said.

While they were on site, action leaders made sure protesters were prepared for the tactics that the Morton County police department were using, Ellison said.

Ear plugs were passed out by the leaders in case Long Range Acoustic Devices (LRAD) were used. LRAD is traditionally used by the military to send high frequency noises to disorient the subjects. It can cause confusion and, in extreme cases, even separate the ear drum.

Seifert said the goal was to remain peaceful while taking a stand for the Sioux and Lakota people.

“I couldn’t just sit by while innocent people were getting hurt anymore. We weren’t completely aware of what we were getting ourselves into, but when we arrived, what we saw changed us.

It changed me,” Seifert said.

In a Morton County Sheriff Department press release, Sheriff Kyle Kirchmeier said he was “confident that the decision made to use water was the correct one,” Police said water was used on Nov. 20 to stop protesters from overrunning a barricade.

If protesters do not comply, they will be subject to arrest.

Despite the Army Corps’ warnings, Ellison is planning another trip to Standing Rock.

“Waking up to 9 degrees and frost on my pillow is definitely a new experience- but waking up to chanting, dancing, singing, ceremony and love made it all worth it,” Ellison said. 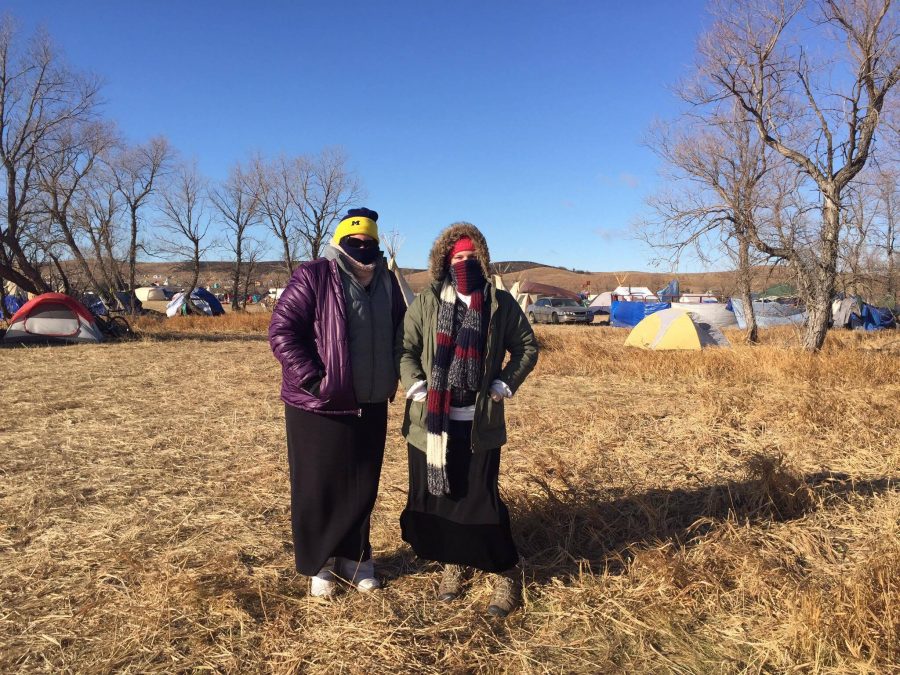 Gallery|4 Photos
Provided by Alan Seifert
Despite efforts by the police to discourage protestors, Shenefelt said that overall everyone remained positive. She came along with Ellison and her brother, Alan Seifert.