NKU millennials waited patiently for results at the election watch party Tuesday held by Activities Programming Board in the Student Union.

“I don’t talk about who I vote for, I think it’s a personal opinion, but I don’t skew either way,” Emily Powell said.

Powell, director of entertainment events of APB and senior accounting and finance major, helped set up the election watch party for NKU students.

Event organizers hosted the event that would allow students to watch the returns regardless of which candidate they supported.

Lyons said he feels that Trump will help our country gain respect.

“We aren’t respected overseas anymore,” Lyons said. “Russia, they value masculinity and firmness, and that’s the very definition of Trump.”

Kylie Phillips, senior public relations major, doesn’t necessary agree that Hillary is the best choice, but she has always leaned towards democratic views.

“I can’t stand Trump, he seems scary and full of hate,” Phillips said.

NKU alum Leah Koch, coordinator of programming and advisor to APB, can sympathize with both sides.

“I can understand both sides of different parties being on a college campus and working with college students,” Koch said. “They’ve opened my eyes to different perspectives and different ways people views things.”

Koch said that she understands why students would agree with stances by both candidates.

“Perspectives are in place and I can understand why someone’s background might have them lean towards a different way versus the other,” Koch said.

Despite the fact the race might not be decided by 10 p.m., the APB announced the party would end at that time. Past presidential races have extended into the early hours on Wednesday. 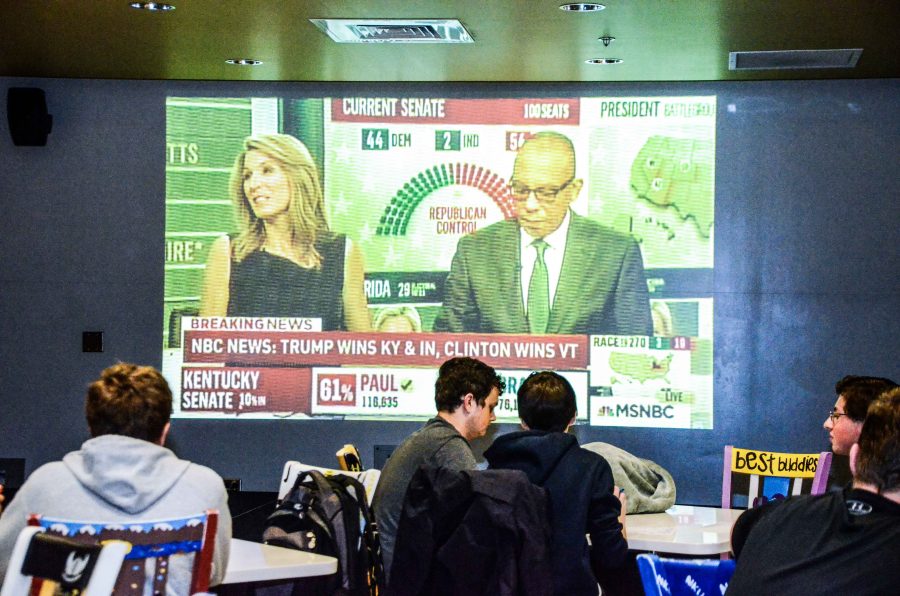