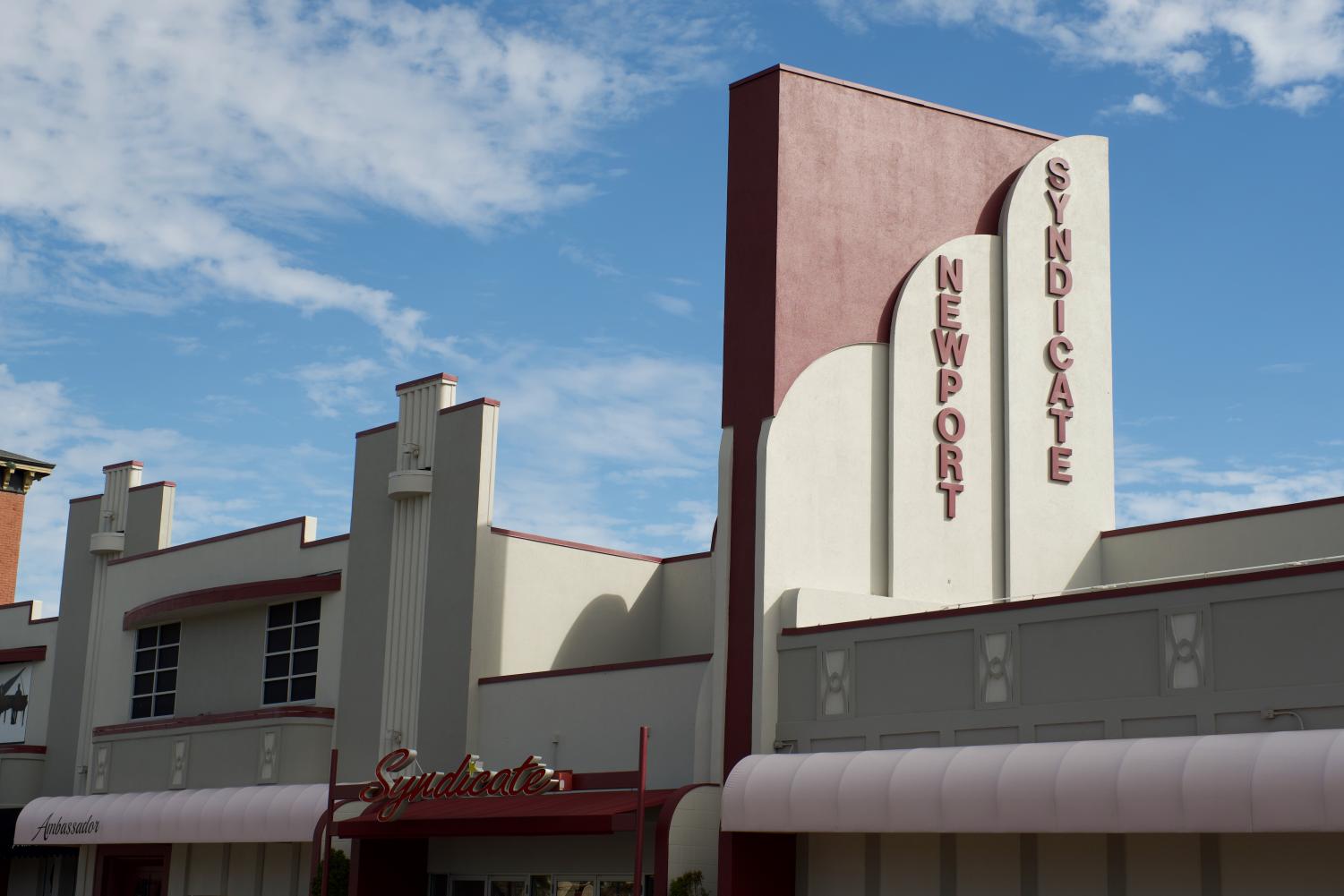 The original ‘Sin City’: exploring Newport’s past of mobs, crimes and more

Frank Sinatra gambled in the back room of the casinos on York Street. Dean Martin entertained guests at infamous mafia member Frank “Screw” Andrews’ house parties. And criminal racketeer Melvin Clark collapsed with a bullet lodged in his throat on Central Avenue.

This was Newport—desirable and dangerous, commercial and criminal.

Between the 1930s to the 1960s, the Northern Kentucky city was the gambling mecca of the United States. Celebrities such as Marilyn Monroe and Duke Ellington frequented the city. Tourism boosted the city’s economy. The streets were clean and citizens left their doors unlocked.

But the city also operated under an open secret. Unofficially governed by mafia members, Newport was a center of illegal activity.

“People always say history is just a story well-told, and the fact of that is it’s never as pure and clean as you think it is,” Dr. Brian Hackett, NKU director of the public history program, said. “You know, along with this kind of romanticization of gangsters and gambling, there’s murder, there’s prostitution, there’s extortion, there’s drugs.”

According to NKU History Professor Dr. Paul Tenkotte, Newport was the predecessor to Las Vegas. A manufactured vacation destination, tourists flocked to Newport to partake in its formal and informal businesses under the cover of isolation and darkness.

Newport’s population was approximately 30,000 during this era. As soon as night fell, that number rose to 100,000, according to Tenkotte.

Hackett said the mafia chose places like Newport and Las Vegas for their limited space and connections.

“The mob moved into an area that was small enough that the government and police could be bribed,” Hackett said.

That level of political corruption came at a price, as demonstrated by the murder of numbers racketeer Melvin Clark.

In contrast, most of the white mafia members, one of the most well-known of which was Frank “Screw” Andrews, were from out of town and encroached on the territory as soon as its seedy reputation was formed.

Tensions were high between the two gangs and the crux of the battle mostly fell on Clark and Andrews, said Hackett.

Tenkotte described Andrews as an “enforcer” for his establishments.

“[Andrews] was to make certain that you had a good time, that the city was clean, that you didn’t see any murders happening,” Tenkotte said.

As an enforcer, Andrews was also responsible for dealing out consequences for one’s actions.

“There was an attempt on a white mobster’s life and he was badly wounded,” Hackett said. “And the white mob blamed [Clark] and his guys for it.”

According to Hackett, Clark was arrested on the charge but posted bail soon after. Two days later, Clark and his men were out on Central Avenue when Andrews approached them.

What happened next is up for debate, Hackett said.

According to the autopsy, Clark was shot three times, twice in the chest and once below his chin.

“The black witnesses said that Screw Andrews approached Clark, put out his hand to shake, grabbed his hand and shot him in the neck,” Hackett said.

When Andrews was tried for the murder, the white gangster told a different set of circumstances.

According to Hackett, Clark was a marine sharpshooter, but the official story that was accepted in the courtroom was that he missed each time.The white witnesses, of whom were all police officers, testified in favor of Andrews. The testimonies of the African American witnesses were dismissed. The judge ruled it was self-defense and Andrews left the courthouse a free man. After the trial, the white witnesses were thanked for their time and received $100 each, said Hackett.

Shortly following Clark’s murder, the Cincinnati Enquirer published a story on how his death will affect the Internal Revenue Service’s investigation into his tax claims. The murder was briefly mentioned in an editorial summary: “ … [Melvin Clark], said to have controlled much of the lucrative policy slip business in Cincinnati’s West End, found Monday night that Frank (Screw) Andrews – once a policy ‘king’ himself – was a better shot than he was.”

“When big gambling left Newport, whatever sort of dignity it had—if you could call it that—left with it,” NKU English professor Dr. Gary Walton said.

Walton has researched Newport’s history for most of his adult life and currently leads lectures on the subject in the community. According to Walton, Newport’s economy crumbled following the mafia’s departure from the city in the late 1960s.

Walton said gambling was the main contributor to Newport’s vibrant economy as the tourism generated outside revenue to both formal and illegal businesses.

According to Hackett, the mafia also ensured the city’s infrastructure was elaborate and well cared for.

“The mob wanted places that were making a lot of money, that were clean, had good food and looked nice. They didn’t want bust out joints,” Hackett said.

Hackett said most of the social clubs were foreclosed when the mafia left. Tourism significantly dipped. Crime was no longer only committed in the shadows.

According to Scripps Howard Center director Mark Neikirk, it was at this time that Newport would live up to its moniker, “Sin City.”

Neikirk worked at the Cincinnati Post from 1979 to 2007, and he was assigned to cover the Northern Kentucky area, including Newport.

According to Neikirk, corruption was common in the coverage of the city at that time.

“On Monmouth Street, there’s now a bike shop, a record store and some restaurants,” Neikirk said. “In the 1980s, those were strip clubs and x-rated cinemas.”

The city’s infrastructure began to crumble alongside the social structure. Neikirk said Newport’s east side, now known as a historic district with houses insured for millions, was depleted and decrepit after decades of disrepair.

But at the beginning of the 1980s, Newport residents began campaigning against the disreputable culture of the city.

“At the time, there was a grassroots movement in the community to change that and shut those things down,” Neikirk said. “It was a very citizen-driven, neighborhood effort to change the nature of the city.”

It’s an effort that Neikirk has watched build for decades to now be fully realized.

“When I first came here, it was just stories about another police bust at a strip club or another city commissioner in trouble for something,” Neikirk said. “But that’s not the story anymore.”

“A lot of stories in Newport have become about economic development,” Neikirk said.

Since the grassroots movement of change in culture, the city has installed new ways to promote tourism. In addition to housing the second largest historic district in the commonwealth, the city has modernized through recent attractions like the Newport Aquarium and Newport on the Levee.

Newport has also fostered a partnership with NKU over the past decade.

“Every semester for the past seven years, we’ve had at least one class doing something at Newport,” Neikirk said.

Neikirk said the student collaboration with Newport has been interdisciplinary in fields such as computer science, art, business and history.

According to Neikirk, the art department has also spearheaded an initiative to bring public art to Newport. Over the past two years, NKU art students have produced Newport-based projects such as murals on Southgate Street and a wall sculpture in the Northern Kentucky Scholar House.

Following the recent raising of $3,000, construction of a sculpture at Southgate Street School by NKU student Mary Aldridge is currently in the works.

“A lot of the work we’re involved in now is being a partner with a town that’s still changing, reinventing and modernizing,” Neikirk said.

As an avid researcher of Newport history, Tenkotte said he looks forward to how the city will continue to operate in the future.

“I think there’s a more vibrant history ahead,” Tenkotte said. “You know, Newport really is a survivor—in a sense that all of us in America are survivors by going through good times and bad ones.

“And now, the good times are returning.”