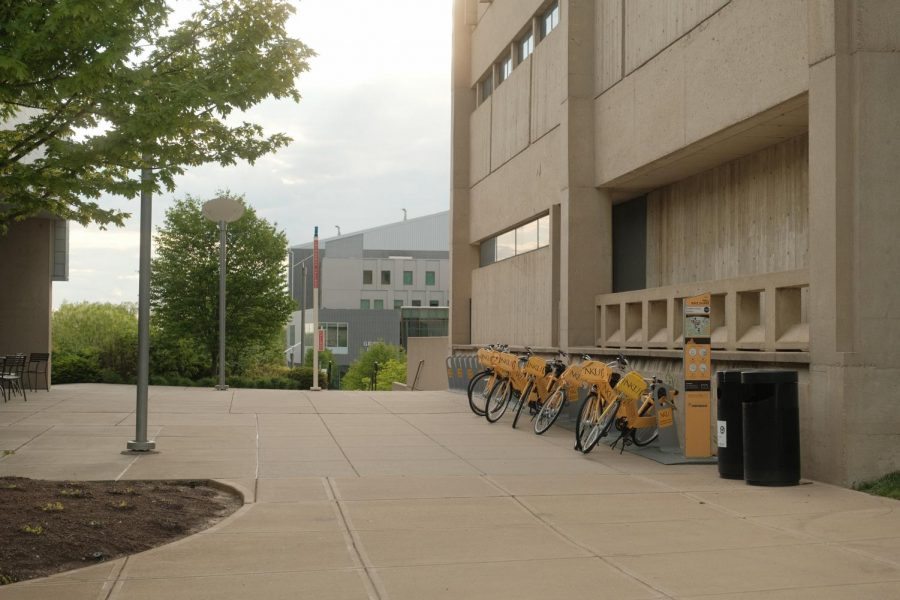 In a panel led by Chief Diversity, Equity and Inclusion Officer Darryl Peal, NKU faculty and administration talked about coronavirus, racism and future steps for improvement.

The panel opened with a discussion on how coronavirus has shaped how the Northern Kentucky economy and NKU have operated during this period.

“The unemployment rate for April was around 14 percent in the Cincinnati Metropolitan Statistical Area, which is close to the national rate for the US,” Dr. Amal Said, associate professor of accounting, said.

Said highlighted that women have been the most vulnerable to the economic devastation caused by COVID-19 and that Black Americans have higher rates of infection and death.

According to Said, NKU’s Small Business Development Center in the US Bank/Haile College of Business has been assisting small businesses.

Dr. Valerie Hardcastle, executive director for the institute for health innovation, said the University has to find new ways to help reboot the region’s economy.

“The faster we get it running again, the more jobs will be available for students, the more families will be able to afford to feed their children, and so forth,” Hardcastle said.

David Singleton, professor of law and director of Constitutional Litigation Clinic, said the current era of hyper-partisanship has caused pandemic-related issues like science, wearing a mask and reopening the economy to be split across a political divide.

According to Said, while the pandemic has shifted the way campus operates, she saw the enhanced flexibility in students turn into resilience as they adapted to the new learning environment.

She also acknowledged the negative effects that she saw: delayed graduation, severe financial impact, loss of job offers for graduates and the psychological effects that came with isolation among other things.

Said cited a study from Arizona State University that reported that COVID-19 doubled the gap between higher and lower-income students’ expected GPAs and found that 70 percent of racial minorities changed their majors during the pandemic.

Efforts across campus were made to help aid students in need, but Said stated there were still inequalities related to the digital divide that needs to be fixed systematically to bridge the gaps.

Dr. Karen Miller, chair of the political science, criminal justice and organizational leadership department, said the pandemic has impacted higher education in every way imaginable. Miller said she could not have believed that a university would be closed and education would’ve ran from home. Since the change, she’s learned that you can deliver content effectively from a remote location.

“[The pandemic] caused us to recognize we have to change our approach; we have to evolve,” Miller said.

According to Miller, society has faulted the younger generation for being “too focused on technology” instead of face-to-face interaction. Yet, she feels that when forced into a model of higher education that is reliant upon those factors, “they, better than any generation before them, are equipped to handle this.”

Vice Provost for Undergraduate Affairs Dr. Ande Durojaiye said he thinks the pandemic helped show the role of a student-ready institution in higher education and the necessity to meet people where they are.

Durojaiye said the University needs to bring another level of empathy that he feels oftentimes gets left out in conversation with students. The incoming students will enter with emotional baggage that’s going to impact them.

“It’s ‘go to class’ versus ‘take care of a sick parent,’ or ‘worry about my own health.’ These are things that our students have to take into account. So, as we think about the role of higher education, our goal is still to educate learners, but I think we have to think about how we do it,” Durojaiye said.

“We have to be nimble and how we do it and innovative, but also I think we have to have another layer of recognizing the individuals that we’re dealing with are impacted by things that didn’t exist when many of us were going through our higher education turn.”

Miller opened the floor saying America’s present race-related issues with law enforcement are rooted in history and a result of racist coding in law.

“All throughout our history as a nation, police have been used to oppress Black people, and Americans, White Americans, have accepted that reality,” Miller said. “So if you follow the patterns of police practices through history, our current situation is almost an obvious destination there was almost no avoiding it.”

According to Durojaiye, the rioting doesn’t need to “drown out” the fact that inequities experienced by Black people are what lead to deaths and rioting.

“Whether it be policing, whether it be in education, whether it be from a health and social standpoint, but Black people are just not treated fairly in this country and I think that is the impetus for a lot of the things that you’re seeing going on,” Durojaiye said.

He said that the statistic should be able to show that policing is biased in a “deeply troubling way.”

Durojaiye believes that protests become action when a university makes tangible efforts to solve the problems. He said that while statements released by universities are good, by not changing, people are just paying lip service.

When steps are made, Hardcastle said there needs to be attention drawn to the distinction between policy, procedure and process. Oftentimes Hardcastle finds the policies are correct but the procedures and the process can go wrong and the outcomes aren’t what is desired.

In a sociology class that Miller taught, she was looking through the reading material and realized the lack of diversity in her sources. After this, she wanted to make sure the material was more diverse so she pulled in sources from feminists and people of color literature.

Miller encourages the same to other professors at NKU because it’s the obligation of the professors to bring diverse perspectives to the students.

Durojaiye said that when school resumes in the fall, there will be students that aren’t going to accept the way race relations were before and the faculty needs to be prepared to face these situations.

“So I think that we’re gonna wear one more hat in the fall. But I think we all got to prepare for it because again we’ve got to be able to serve our students how they’re coming,” Durojaiye said.