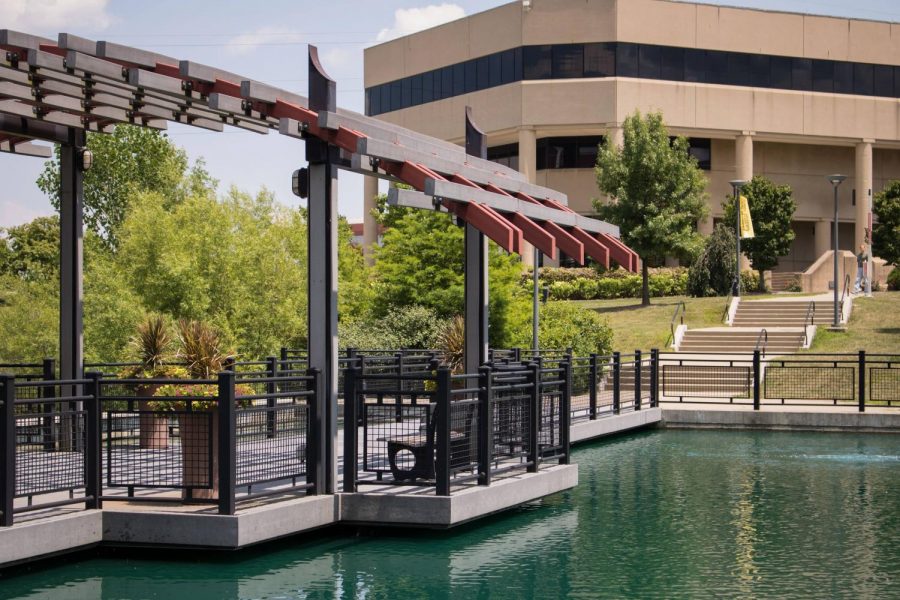 Loch Norse in front of the Haile/US Bank College of Business.

Open mic nights usually conjure up images of quaint coffee shops, crowded with literature students and professors snapping their fingers after each brave soul dramatically reads a piece of their own poetry or prose.

NKU’s Loch Norse Magazine has successfully recreated a similar experience with their open mic nights they host multiple times a semester. But with the world temporarily shifting to virtual events, it was up to the students who attended Friday’s Open Mic Night through Zoom to make the experience their own.

At 6:30 p.m., students, faculty and Loch Norse Magazine staff joined each other from the comfort of their own couches to enjoy a night of shared creative work. The group briefly chatted before Editor-in-Chief Harley Emmert introduced herself and the graduating seniors who were in attendance. To honor the seniors, they were asked to share any of their poetry, fiction or nonfiction first before Emmert opened the floor to everyone else.

Emmert, senior electronic media and broadcasting major, began the night reading an excerpt from her story “Cloud Dragons,” followed by a poem titled “Oceans” that was published in the magazine’s sixth issue.

The open mic nights promote a creative environment in which anyone is welcome to share their own writings that they may not feel comfortable voicing in other contexts. Sophomore English and secondary education major Chloe Cook said open mic nights are helpful for people who may have a fear of public speaking.

“It’s the place that I did my first public reading of my own work,” Cook said. “And that can be really scary to put yourself out there in a personal way, especially in front of other people.”

The atmosphere within open mic nights are calm and welcoming. Cook said it’s like a stereotypical literary event but less pretentious.

Many people use Loch Norse’s open mic nights for testing out ideas and concepts in their work. Based on audience reaction, writers can adjust accordingly. People use writing as a creative outlet and having the ability to safely voice things that may be vulnerable or personal is important for the creative process.

“If you have anything you’re writing that you’re nervous to put out in the world, that’s a good place to do it,” Cook said.

Issue nine of Loch Norse Magazine is available virtually online. The magazine is currently taking editor applications for next year’s issue available here. For students wanting to submit their own poetry, fiction or nonfiction, artwork or photography, email lochnorse@gmail.com and include a 100-word author bio.