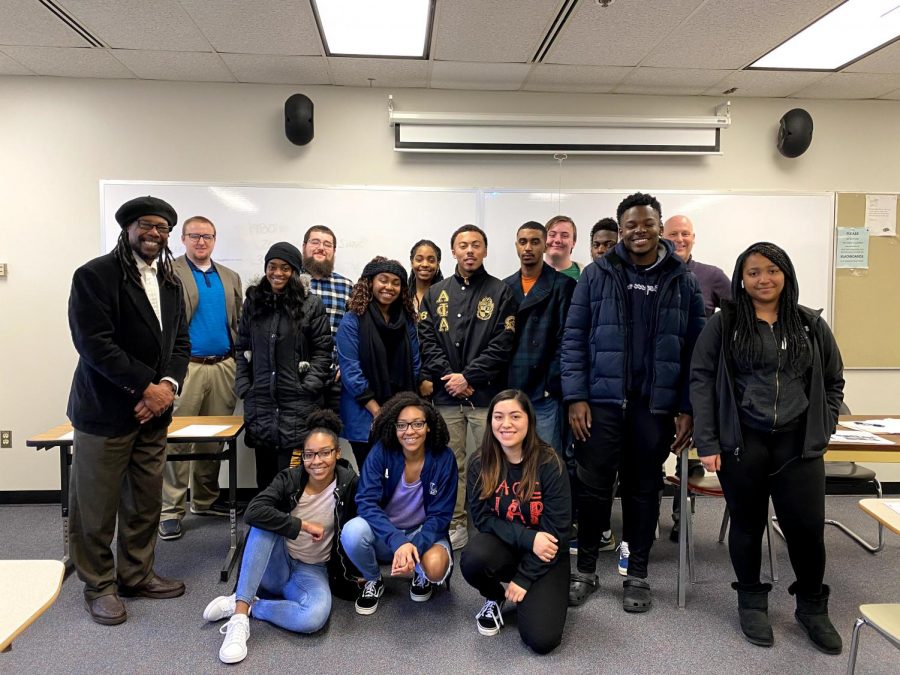 NKU R.O.C.K.S. and the Diversity Committee in the History and Geography Department held an event on Thursday to discuss the importance of celebrating Black History Month on NKU’s campus, which is predominantly white.

Teague began by thanking everyone for coming before turning it over to Washington, history and geography department professor, who explained the importance of the creation of the Diversity Committee and celebrating Black History Month on a college campus with a mostly white student body.

“Oftentimes black students at white campuses have a feeling of alienation. In other words, they don’t always feel like the college campus is welcoming to them and to their cultures,” Washington said.

Washington explained that the History and Geography department created the Diversity Committee to start a conversation about the social and academic difficulties many minority students face by partnering and holding events with student organizations.

According to Washington, the idea is to not only create a campus that is inclusive of all students, but one that honors and celebrates the experiences of black students.

“Does anyone have a smartphone to take everybody’s picture right here because, folks, you’re actually making history,” Washington said to the audience.

Yohe, a professor in the English department, spoke next. She discussed her role in creating an entirely new course to fulfill the Cultural Pluralism general education requirement at NKU. The course is ENG 212 Literature of Inclusion and will be offered in Fall 2020 and features African American literature.

“We invented [ENG 212] because there wasn’t an English course in cultural pluralism because that was the domain of other departments,” Yohe said.

Washington and Yohe both believe that there is a lack of black-focused courses that fulfill NKU’s general education requirements.

Yohe teaches African American literature in all of her classes.

“There’s a course called introduction to English studies for English majors, and it’s required of all English majors with their creative writing or fiction or literature angle person. And it’s not an African American literature class by its definition. However, when I teach it, you read Frank X. Walker and Nella Larsen,” Yohe said.

Miller explained that Alpha Phi Alpha was founded on the campus of Cornell University in 1906 because its founders “wanted a deeper connection with their community than they could have because of the time period they live in.”

“Just like my founders were leaders on their campus, you can be too. I do not have to explain to you all what you already know as far as how black people are looked at, not only on this campus, but in today’s society and how it is much harder for us to move throughout life,” Miller said.

“This poem is supposed to be loud, proud and everything black,” Polion said before performing.

Aviana Conrab, freshman criminal justice major, was in attendance at the event.

“This whole thing made me feel at home,” Conrab said.