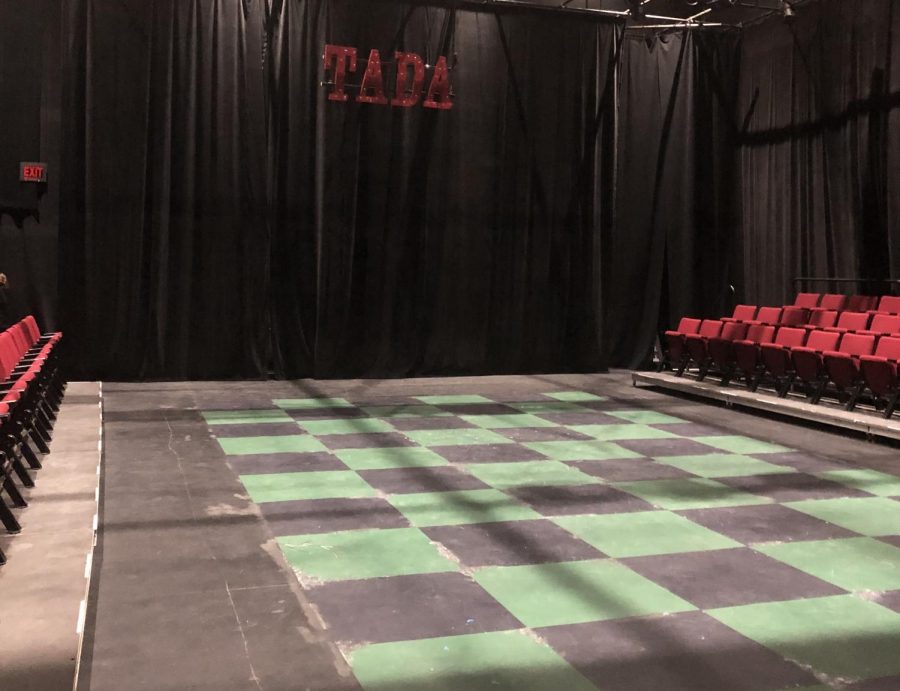 The show, which stars exclusively first-year theatre students, is performed in the Stauss Theatre

Lights. Camera. Action! The School of the Arts’ annual first-year show is here again, where new theatre students come together to dazzle attendees with a show only they perform in. Grab a front-row seat to experience the brain-child of Lecturer of Improv & Acting Charlie Roetting and many NKU alumni, student-writers and playwrights.

This show is different than previous iterations, where more than one actor played the same role and split up the lines amongst themselves. It still embodies the past ideas of displaying the talent that too often remains unseen, but this year, attendees get to experience the behind the scenes talent of putting a pen to paper.

When writing this year’s pieces, the writers all started from the same frame of reference.

“There is no specific element that is the same about all of these, but they all include the same montage of ideas that we brainstormed at the beginning of the writing process,” Roetting said. “These scenes all include elements that do not match each other. Like if we were going to do a musical like “Death of a Salesman,” but do it as Greek tragedy with a chorus.”

Roetting said collaborating with others is one of his favorite parts of being in the creative field. He said he hesitates to call himself in charge of the production, but prefers to mediate between his vision for the show and how the actors in the play want to present themselves.

“Every class has something that makes them unique and I like to foster that,” Roetting said.

Roetting holds the first-year show dear to his heart, as he appeared in the first performance in 2004; it thrilled him to put his own spin on future editions of the show. The only nod to creative control Roetting accepts is during the audition period of the first-year show.

“It is not a student’s choice of what role they get,” Roetting said. “In the past students were able to tailor their audition to the part they wanted—but with this play, it proved exceedingly difficult.”

When auditioning, students have two-to-three minutes to do whatever they want, but Roetting keeps final say over their part in the play. Some students juggle, some dance and some belt out well-known Broadway hits. Oftentimes, performance in these plays helps to determine casting in future shows, so students make sure to put their best foot forward.

“There is a lot of talent out there, but only so many roles, and some talent doesn’t have a chance to be showcased in a particular show,” Roetting said.

He hopes that the faculty will attend the shows and notice some of the extraordinary talents students have, potentially giving them an edge in casting during future shows.

First-years, transfer students and recently declared majors come together to make this show happen. Several of them name this as their first time on a college stage, which proves much different than high school performances. Roetting hopes that it impacts them. He said he understands that not all talent will be appreciated equally, and this show allows them to create a drive to continue to perform in shows in the future.

Many past performers in the first-year show call it one of the weirdest moments of their entire time as an actor. Roetting always takes this as a compliment—glad that his students receive a unique experience under his mentorship.

These short one-act plays take on the same spirit. Even though the actions in the play appear chaotic, the characters still manage to be relatable.

Take, for example, the metaphor in “Girl Scout Difference” by Rigsby and Nassida. Someone who joined the girl scouts as a girl probably didn’t go on camping trips to murder those who are weak and unworthy of the woods. But surely, the troupe possessed an element of competition to sell the most cookies. For another example, most people do not speak in Iambic pentameter exclusively or possess the scales of a fish like the students in “Dramatis Personae” by Meg Griffin, but many students despair when learning about Shakespearean plays and how to write in Iambic pentameter.

“It was definitely very interesting, but it was very rewarding in the end,” Rachel Dolezal, a freshman acting in the show, said.

She described the process of acting as confusing and often wondered if she was getting anywhere until she got on stage in front of an audience.

The first-year show faced many hurdles since it premiered later in the season than usual. Many of the actors battled with the need to study for finals and the need to rehearse. Another challenge for the show presented itself in the small number of people to fill backstage positions. Many people stepped up to fill more than one role, and were stretched too thin as a result. Roetting praised the resilience of students involved and hopes the first-year show continues to grow.

“If this works, it will be a good model for the future,” Roetting said.

The first-year show concludes on Sunday at 2 p.m. in the Stauss Theatre.