SOTA festival puts on a show in ten minutes or less 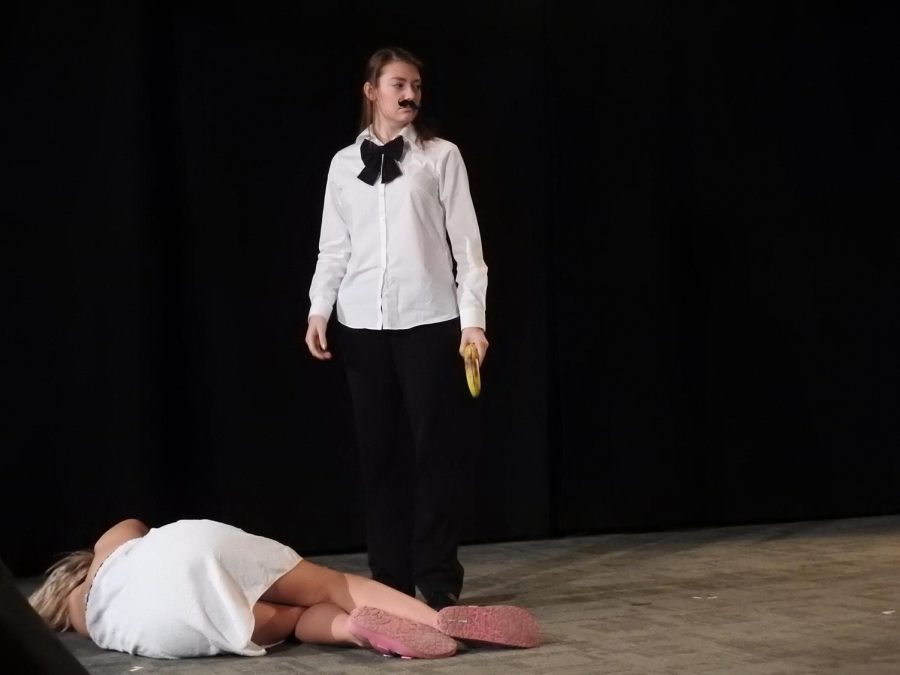 A lot can happen in ten minutes—you could get a chore done, have a nice conversation with a friend or even finish that assignment you’ve been putting off right before class. But what about putting on a whole show? Sixteen talented students from this year’s Directing I class did just that in the 11th annual Ten Minute Play Festival, organized by Lecturer of Performance Brian Robertson.

Genres performed ranged from tragedy to comedy—or even tragicomedy—and several of the performances touched on difficult topics, such as drugs and suicide, while some sparked laughter with their playful banter.

The students only had less than a month to rehearse, the directors took up responsibilities to run the technical positions and gather props and other necessities and at the beginning of production, the directors were met with an underwhelming number of auditionees compared to what they needed. Despite these odds, they confidently kicked off the festival Sunday afternoon. The festival closed Tuesday night with its last performance in the Henry Konstantinow Studio Theater.

Faith Vonhandorf, junior double major in theatre arts and information technology, directed her first production as part of the festival.

Her directing work used a lot of Stanislavsky methods—applying actions to the words to help drive out meaning further—but in the last week of rehearsal, she began employing methods of Chekov, which deals in physicalizing words and intentions. She also loved working with her actors, freshman Chris Monell and junior Shelby Flynn.

“It was great; they are great. I’ve definitely been in situations where it can be difficult working with fellow actors or directors—I’ve had terrible experiences with directors before where they are not nice people,” Vonhandorf said. “But we were all friends before this process, and it’s been nice getting to know them a little bit better and also just working with them in this capacity. It’s been fun.”

Initially, Vonhandorf struggled with casting, as she was on a missions trip in Africa during the process. During rehearsals, the group was extremely limited in practice space. For the group’s practice, she usually used the Stauss Theatre, but it wasn’t available during their final rehearsal, so they had to use the space outside. Nevertheless, she enjoyed directing her first show, which had a script she was personally drawn to.

“It was a good expression of the human experience,” Vondanhorf said. “You’re going to see that neither of these people are black and white, good or bad; they’re very grey.  They’re both very terrible people, but you can understand what they’re going through.”

Vondanhorf said the festival was “wild from start to finish.”

Audience members applauded the shows not only for its comedic skill and bold artistic decisions, but also for how well the shows handled sensitive topics. Sophomore Nathaniel Clifford enjoyed the festival.

“I’ve seen two years of this Ten Minute Festival and with new directors and new students; it never ceases to amaze me what they can do with so little resources and a short amount of time,” Clifford said.

Cameron Myers, a sophomore theatre major who acted in the festival, relished the opportunity to see several short plays.

“I really think it’s a great opportunity for everyone to put out the most that they can and also have as many screw-ups or opportunities that they can find,” Myers said. “It’s a search for something and creating moments, whether that be on the director’s side or the actor’s side.”