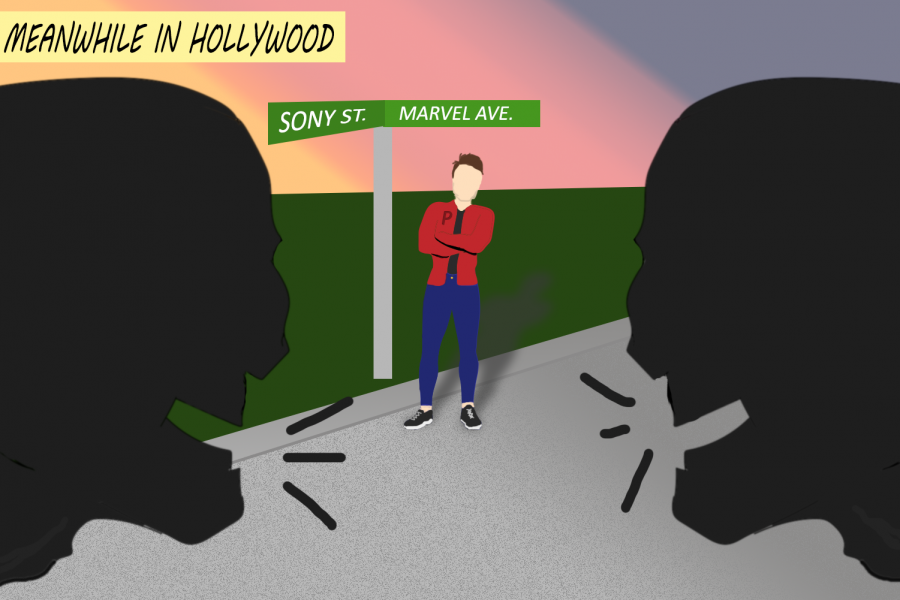 A crowd in the Otto M. Budig Theater chatted about the first week of class and munched on movie concessions. As the lights dimmed, the noise in the theater was reduced to the sound of Tony Stark (Robert Downey Jr.) flicking a paper football at Nebula (Karen Gillan).

As Marvel Studios’ “Avengers: Endgame” title screen appeared and the film rolled on, there’s one thing on junior history major Timothy Haag’s mind: “Is what [Stark’s] doing even worth it?”

Haag was referring to the Hollywood custody battle between Sony Pictures and Disney’s Marvel Studios announced on Tuesday by deadline.com. Marvel Studios President Kevin Feige stated that Spider-Man will not be in any future Marvel Cinematic Universe (MCU) films and instead is handing all rights to Spider-Man back to Sony.

This comes off the heels of “Spider-Man: Far From Home”, which prepared the stage for Peter Parker (Tom Holland) to take over after the death of Stark in “Avengers: Endgame.”

“Far From Home” challenged Parker to fill the metallic shoes, and suit, of Stark as the new face of the Avengers. It isn’t until the end of the film you see Parker accepting the challenge ahead of him that lies in Phase Four of the MCU. The biggest surprise lied in the last few seconds of an end credit scene when Mysterio (Jake Gyllenhall) outs Spider-Man’s true identity, opening the door for where the series goes next.

However, this challenge may not be accomplished, nor door closed, with the split between the two filmmaking companies.

Emilee Dick, freshman English major, first found out about the split on her “newsline” and was met with confusion.

“It’s odd because Peter Parker has been a big part of the universe since I was born,” Dick said. “So, going from Tobey Maguire on into Tom Holland, seeing him not in the universe is  kind of odd to me.”

Dick went on to describe Spider-Man as “a national hero” and that Marvel “can do more with this story than just leaving him out.”

For Parker to leave the Sony-Disney partnership was a move that Jacob Rayburn saw coming for years now.

“We knew it was inevitable. I just wish we could see the end of his arc because it feels like Sony just keeps cancelling two movies in,” Rayburn said.

The idea to completely leave the Spidey narrative out of the MCU, or moving forward with Tom Holland in Sony, is a move that Haag finds hard to accomplish.

“I would love to see Tom Holland continue the role as Peter Parker. I think the only problem is just it’s hard to continue off from what they just did from ‘Far From Home,’” Haag said.

Haag finds difficulty in carrying the narrative without many other Marvel canonical concepts like “the blip,” the term used to describe the five-year period after Thanos snapped half of human life away.

As the blip comes to an end in “Endgame,” the audience sat and watched Spider-Man appear on the screen again, potentially in one of his final appearances in the MCU.

For Parker to “blip,” away again and now under Sony Pictures’ custody entirely, is going to be “very hard,” Emma Webster, junior electronic media and broadcasting major, said.

“It’d be very hard, from a filmmaker’s point of view, to get that story back to a normal story,” Webster said.

Webster said she believes since the movies in the MCU make references to each other, she wonders, “How are they going to do it now?”

Students still sat and enjoyed watching “Endgame” for the first time or third time, now with eyes to the future for what could come, or leave, the plot line.

“Cause not everybody just disappears,” Dick said. “I mean it’s not ‘Infinity War.’”