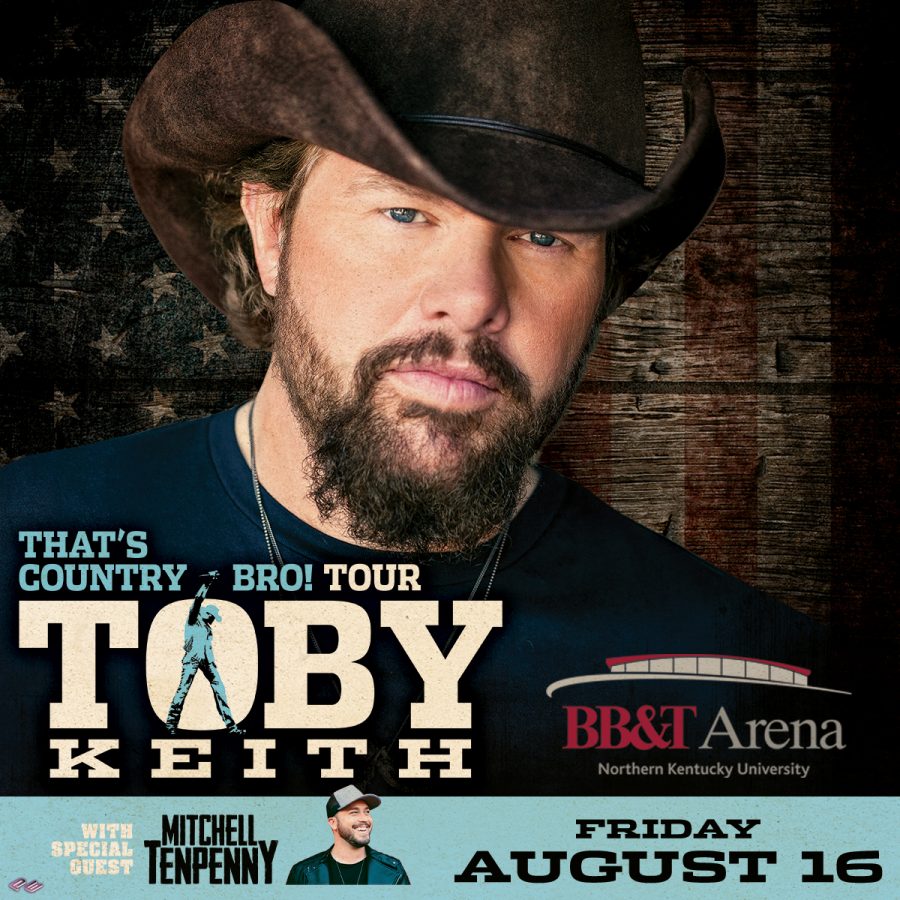 Toby Keith is stopping at BB&T Arena for his “That’s Country Bro!” tour on Aug. 16.

The singer-songwriter from Moore, Oklahoma who was named Billboard’s Country Artist of the Decade will be riding down to Highland Heights on Aug. 16 for his “That’s Country Bro!” tour, which features up-and-coming country artist Mitchell Tenpenny.

Keith will be performing songs from his massive catalog of 21 albums, which include releases like “White Trash With Money,” “That Don’t Make Me a Bad Guy,” “Drinks After Work” and “How Do You Like Me Now?!” He is most known for his Billboard Country chart-toppers “Beer For My Horses” and “As Good As I Once Was,” his debut single “Should’ve Been A Cowboy” and the viral country hit “Red Solo Cup”.

Over the course of his career, he has sold over 40 million albums and charted on Billboard’s Country charts 61 times. He also recently contributed the song “Don’t Let The Old Man In” to the soundtrack of Clint Eastwood’s latest film “The Mule.”

Tenpenny recently released his major label debut album “Telling All My Secrets” after the success of his first single “Drunk Me,” which was certified Gold by the Recording Industry Association of America after selling 500,000 copies. “Drunk Me” appeared on the New York Times’ list of “65 Best Songs of 2018”.

Tickets for the concert start at $26.50 and can be purchased starting on Friday, April 5 at 10 a.m. at ticketmaster.com, thebbtarena.com or in BB&T Arena’s box office.