Men and women of NKU marched to end power-based violence. 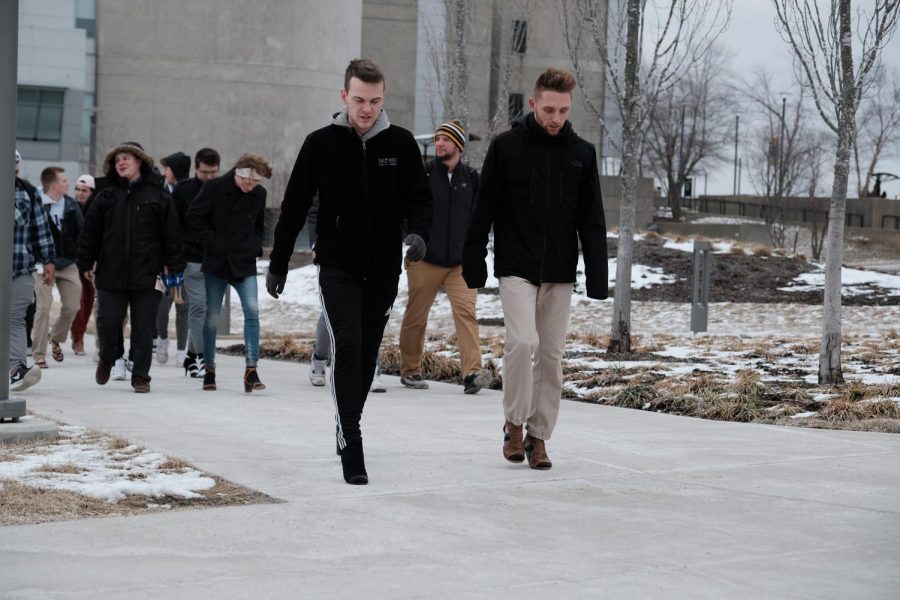 Gallery|5 Photos
Billy Keeney
Men of NKU "walked a mile in her shoes" to bring an end to power-based violence as part of "StepUp!"

In below freezing temps and bone-chilling gusts of wind, a gaggle of NKU male students set out on a mission: to walk across campus in high heels, all the while crunching road salt against the sidewalk.

“StepUp! End Power-Based Violence” invited all men and women on campus to walk a mile around campus this past Wednesday to raise awareness for sexual assault, gender-based violence, intolerance and gender inequality.

“There’s a stigma, especially around Greek life when it comes to these sort of issues,” said Fitzgerald. “I really just want to start a discussion and, kind of, take a stance as a community against it.”

According to Fitzgerald, he believes that NKU’s Greek community is different and that having these types of conversations now is important.

Men who participated were encouraged to wear high heels along the path to “walk the walk” by walking a mile in women’s shoes to bring attention to power-based violence against women. Some went the extra mile by wearing leggings or dresses along with their heels.

Women who attended the event were asked to participate by creating signs with facts and statistics about power-based violence, as well as signs with words of encouragement to work towards gender equality.

The walk itself lasted around 20 minutes, starting from the Student Union and circling the campus, then ending at the University Center. Men wearing heels led the walk from the front, while women followed carrying handmade signs and donation boxes for feminine hygiene products for the Women’s Crisis Center.

After the walk, attendees were asked to meet in the University Center at the Otto M. Budig Theatre for a presentation from the Norse Violence Prevention Center, where the event organizers took the stage to go over what exactly power-based violence can look like and how to prevent it.

“My calves are burning,” said Colin Blouin, coordinator of fraternity and sorority life, as he came up to the podium.

Blouin then expressed his gratitude to all those who participated in the event and conveyed his willingness to see “StepUp!” become an annual event on campus.

According to Blouin, the awareness “StepUp!” raises isn’t unique to any gender and that “power-based violence affects both genders.”

According to Anderson, you can use the “3 Ds: Direct, Delegate and Distract” when dealing with sexual assault and stalking situations. As an example, she used the scenario of telling someone your car is getting towed to distract them.

“You can always come to us to understand what masculinity really means,” said Anderson.