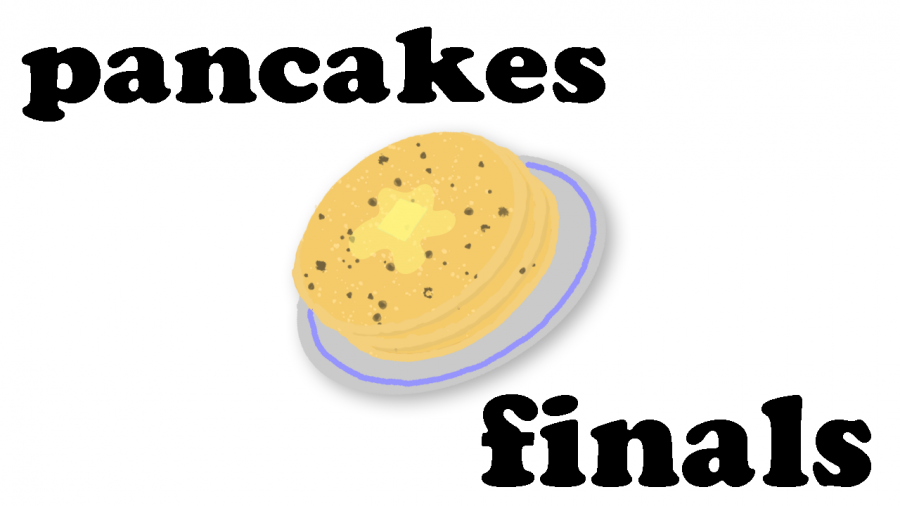 Find the buffet pancake bar at the Baptist Student Center from Monday to Wednesday this week.

If the stress of finals is forming, you might need some breakfast food. When your study needs intersect with your late-night breakfast needs, Baptist Campus Ministries’ Pancakes and Finals event is the place to go.

The event will serve free pancakes in a variety of styles, such as special cinnamon pancakes, and a plethora of toppings like chocolate chips and peanut butter. Gluten free options will also be available.

There isn’t a better way to mix breakfast and religion other than by attending Pancakes and Finals. BCM loves to serve their community by putting on this event for students. Their mission is to learn and know more about Jesus Christ and making Him known on NKU’s campus. They are a Christ-centered organization, however, their doors are opened to everyone!

Zachary O’Brien, president of BCM, said the inspiration for the event is discussing faith, but also much more.

“To not only discuss faith, but to offer a social hour where people can eat and discuss Christianity as well as different beliefs in a positive way,” O’Brien said.

Although BCM is hosting this event, it is open to all members of NKU no matter your religious background. Senior Megan Soult said she was raised Catholic, but likes to hear about different religious perspectives and “heard they have really good pancakes.”

And it gives you the chance to get out of your homes and take a break from studying and interact with other students. Did I mention they’re offering free customizable pancakes?

Sara Bosch, a senior, said, “I’m excited for the free pancakes and to be able to relax and mingle with other students.”

Don’t miss out on the chance to attend this event. It’s the perfect time to take a step back from finals and focus on something less stressful. It’s also a opportunity for students to possibly get involved with the organization and make connections. If the BCM is something you think you’d be interested in, be sure to go and talk to some of their members to get a better idea of the organization to see if it’s a good fit. It’s never too late to become involved on campus.

BCM is holding this event three days during finals week, from Dec. 10-12th from 8 to midnight at the Baptist Student Center.  Also be sure to look out for future events such as a Thursday Night Live.